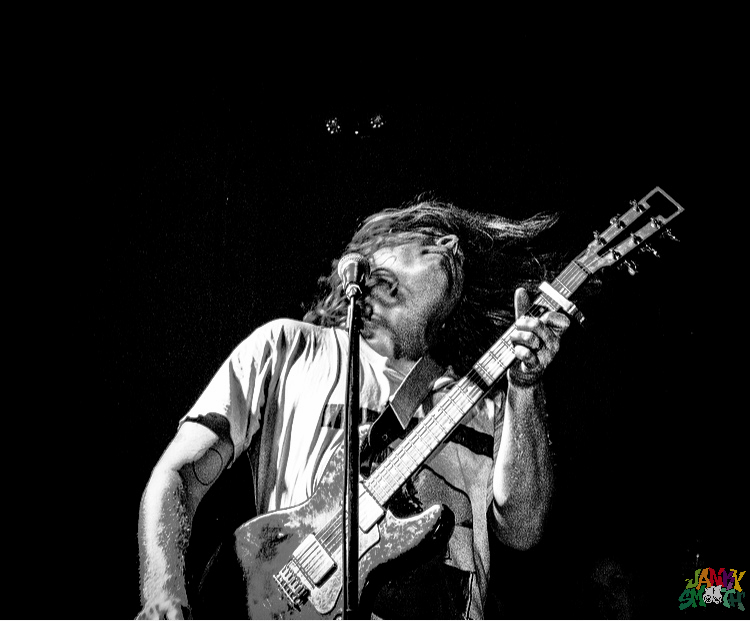 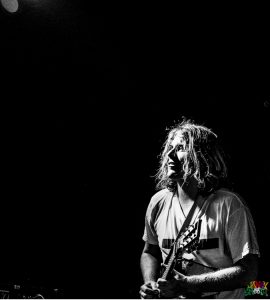 In 2017, Ty Segall dropped his 9th solo album which was the second album in his catalog to be self titled and a continuation of what I first felt when absorbing Emotional Mugger- PTFS- Post Ty Fatigue Syndrome- I mean, it seemed like a second self titled album might have hinted that the man himself was tiring.

His winning song writing formula began to feel formulaic. There seemed to be a concerted effort on Emotional Mugger to redefine himself- and I stress the word effort! The baby mask, the multiple anecdotal accounts of those who would bear witness told tales of Segall licking his finger like a lollipop and sticking it down people’s throats… but more than that… the music, the songs on Emotional Mugger just didn’t grab me like every fucking album he had put out prior. I thought to myself, “that’s ok that this one album didn’t grab me because all 8 albums prior to this grabbed me by the dick!” Besides, I knew there would be a new album to follow in no longer than 12 months that would once again touch my genitals. 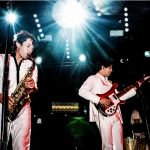 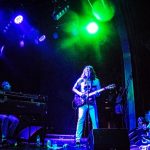 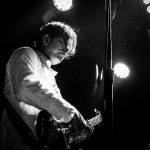 Ty Segall songs played live with whichever configuration of indy all stars he pulled out of his “Glendale Junkyard” can make even his most mediocre songs (of which there are so few) sound like genius. Great album or average, you will never regret forcing yourself out of your cozy pants to put on your Chuck’s and drive to the eastside, or even, The Observatory. So when Ty Segall set up a last minute secret show at The Griffin to reveal both the new songs AND the configuration which included a beast of a drummer you might know as Charles Moothart for the first time- well, it’s the stuff legends and spiritual experiences are made of. 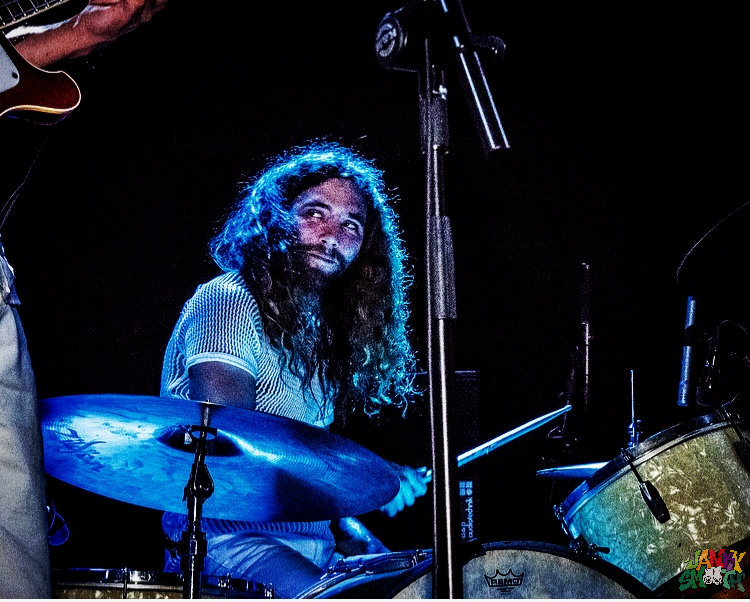 What I heard that night felt like the album, which had yet to be released and barely even leaked yet would be the best Ty Segall album in his catalog. It had the potential to shift polarity of the planet and get Republicans to raise taxes on the biggest corporations. It turned out that most of those feels were and had come from the super proggy, 13 minute epic, “Warm Hands” which, while it might be my favorite Segall song on any album, it was obviously thus- my favorite on THIS album, by far.

All this mental masturbatory recent history is just to say that prior to last week, Ty’s winning song writing formula started to feel like you knew what was going to come next. There were no surprises. No dicks grabbed. 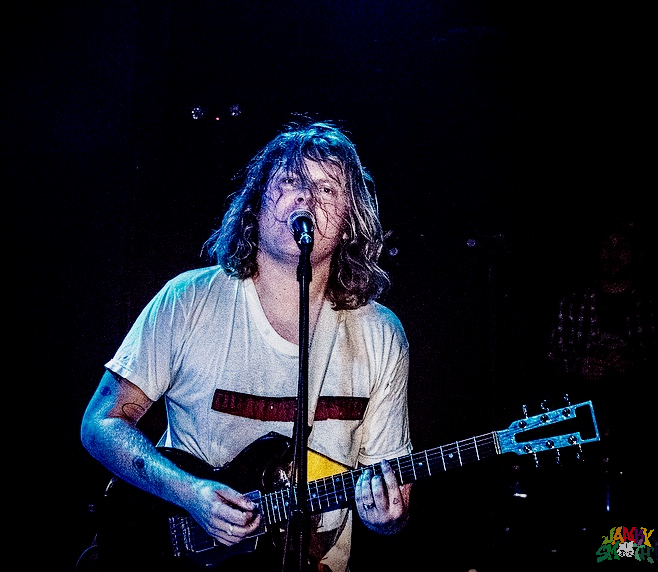 It’s not that Emotional Mugger or “Ty Segall” were by any stretch of the imagination, bad albums- far from it. They were the high quality, catchy songs you came to expect from Ty since and in the vain of, Manipulator- nothing more, nothing less. 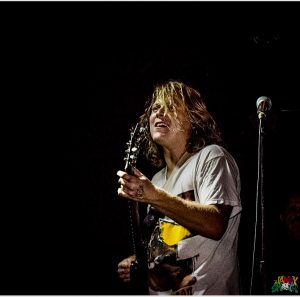 And even though I do believe that Ty Segall will eventually become just as heralded as a producer as evidenced by his work on his own albums as well as bands like Feels, Meatbodies and The Birth Defects, I have wondered when he would step back a bit and collaborate on the production of his own music. Well, that question was answered on the Ty Segall album, engineered and mixed by none other than Steve Albini– the perfect choice. And while the sonics and tone of that album were remarkable, there were oddities such as the lack of normalization as a couple tracks were louder in the master than the rest of the songs and aside from “Warm Hands” there was nothing that really grabbed my dick.

All of a sudden the fear set in. The fear that the era of Ty Segall had come to an end. If that were the case, it wouldn’t mean that his popularity would stop growing because in fact, the end of the garage days is typically when boredom with a beloved artists starts to set in and for some reason, the rest of the world suddenly discovers their existence because, lets face it- I’d bet my left nut that 90% of the planet has never heard the name Ty Segall and the new indy bubble, while global is smaller than it feels. It’s an odd phenomenon that I’m quite sure I’m not imagining.

Enter “The Main Pretender” because when I heard that song just…wow. The filthy, fuzzy, bulbous and round tone on the bass guitar. The tinny, metallic and piercing guitar tone and the junked out jamming of the Morphine-esque saxophone (yes, I know the Morphine sax was baritone or bass) that gave me that dangerous feeling of a pre gentrified, pre Apple Store Lower East Side. 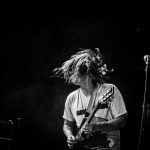 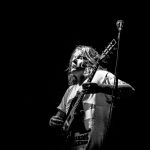 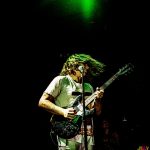 My music listening habits somewhat resemble my eating habits. Because when I have an incredible burrito, I often find myself eating burrito’s every day until I can’t stand the sight of a burrito and then I’m completely off Mexican food for a period of time.

2017 was filled with sushi, dark wave, curry and speed metal– the most latter of which had experienced so much fatigue that I can remember dusting off some old thrash records in 2010 and then wondered after a few minutes if that phase of my life was over forever. The one that FORCED me to pick up a guitar and a “Kill ‘em All” tablature song book at 15 years old and do nothing but snort speed, jerk off and play the tapping solo from Metallica’s Diamond Head cover of “Am I Evil” for hours on end. Maybe that’s where the dick grabbing metaphor started?

So it wasn’t JUST Ty.

I had a hard time trying to catch up with the genre itself, if there even is one. Garage? Psych? Hard working heroes like King Gizzard and the Lizard Wizard, as well as emerging psych-garagers Frankie and the Witch Fingers had a hell of a time making it into my earholes last year.

All that being said, live music is not consumed in the same way as a record. So when I saw Ty Segall was playing three dates at the Teragram Ballroom two weekends ago, all of which sold out, I thought back to the show at The Griffin and I knew I wasn’t going to miss it.

Because it seemed like, aside from a couple festival slots the last couple years, all my Ty Segall shows have been in consistently intimate settings like the secret shows at The Griffin or Silverlake Lounge. And while you gain in intimacy in a setting like that, what you lose in sound is just that- a loss. And goddamnit I’ll say it again… the sound at the Teragram is fucking engineered to perfection to be the best in Los Angeles.

So with PTFS in full swing, it wasn’t until I got in my car to drive to the Teragram that I streamed Freedom’s Goblin for the first time and just… DAMN! Surprise after surprise, one dick grab after another it started from track one and sitting here now, writing this weirdo fucking review, I can feel the chafing set in.

Walking from streaming in my car and directly into the same songs at the Teragram, backed by a band that had been playing together for over a year now (and w/ Mikal Cronin for the better part of a decade) Ty Segall and the Freedom Band played an hour and a half of new surprises.

From the funky junk of “Despoiler of Cadaver” to the surreal, dream like, on the nod qualities of “Rain” Freedom’s Goblin had me FUCKED UP. 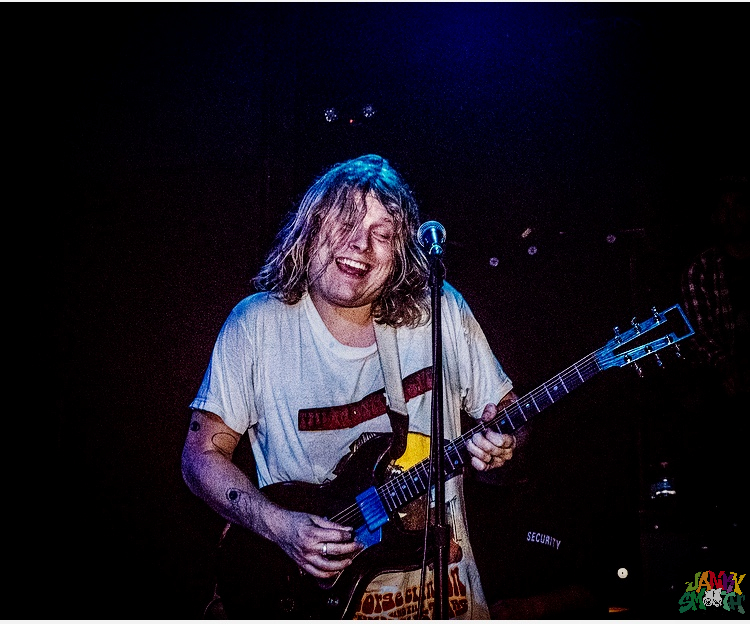 Just as I was wondering if I had my fill of Ty Segall, the King of Contemporary Rock dropped what might be his best album. That fucking baby did it again.