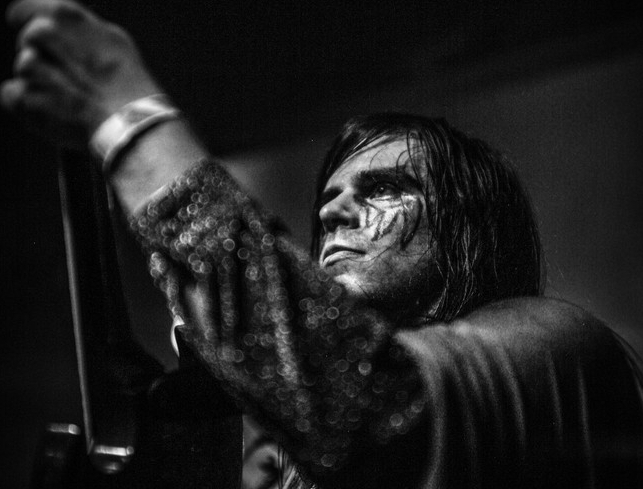 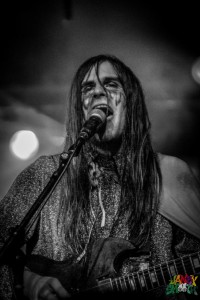 Around five minutes before the Meatbodies took the stage, I realized it was all about to go down. There was a mysterious Ty Segall in the corner, suiting up in god knows what, who seemed to be reading lines off his phone. Chad Ubovich, head honcho at the Meatbodies, wearing an epic red cape and face paint to match, gave Ty a pat on the back as he walked onstage to put his guitar down. Onstage, there were two drum kits. Which was weird, because as far as I knew, the Meatbodies only had one drummer. The Echo started to fill out as the crowd slowly came to the realization that they were about to witness something different, and hopefully, something memorable.

The Meatbodies, who released their debut album earlier this year to critical acclaim, had obviously been planning this tour kick off for a little bit. Like any band that faces rampant success, the pressure to step up their game is always on, as the audience expects a little something more each time. As always, the Meatbodies seemed up to the challenge, and likewise, the crowd was roaring to go, laying waste to each other before the band even took the stage. 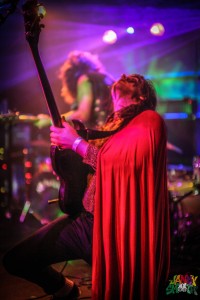 A seething Ty Segall introduced them, whose signature scream hyped up the crowd to immeasurable levels, as he laid down an ambiguous yet prophetic speech presenting the… MEATBODIES. Before Ty even finished, the band launched into the bass prelude of “Mountain”, sending the kids crazy in what was the best opening to a show in a long time. The outfits definitely added to the drama. Capes, fishnets and sparkles seemed to be the motif, as the whole band were donned in eye makeup and outfits that were very 80’s glam, but a lot more tongue in cheek. The other obvious difference was the addition of another drummer. Erik Jiminez, drummer for Together Pangea, and one of the most solid drummers I have ever seen live, manned one drum kit, while Monty Najera, drummer for another L.A. punk band, No Parents, laid waste to another drum kit.  The duo are either the most talented drummers ever, or have practiced together incessantly, because they were unbelievably tight, both hitting the same fills every time, without fail. 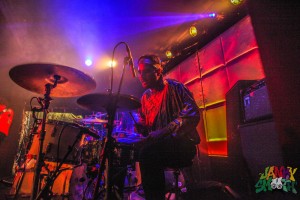 Having seen the Meatbodies at their very fist show at The Echo, I was curious to see what had changed since then. Besides the excitement of added aesthetics and drama, I recognized two crucial differences in the band. The first being, the band has learned to have fun. Not in the clichéd sense of, “WOW, they all look so comfortable up there”, but more of a, “WOW, they don’t give a [email protected]#k… Why are they so happy? Am I capable of achieving such happiness?”.  A hint to their stupendous smiles and attitude came abut five minutes in, when Chad announced that this next song was by Patrick Nolan. The new song was incredible, and besides being one of the most eccentric/talented guitarists around, Patrick also proved he could belt out a song of his own. Since Chad wrote the whole Meatbodies album himself, the new song gave an inkling of a more democratic band to come. Live, the Meatbodies have always presented themselves as a summation of their parts, and now that change seems to be reflecting in the songwriting too. No wonder everyone looks so damn pleased to be up on stage.