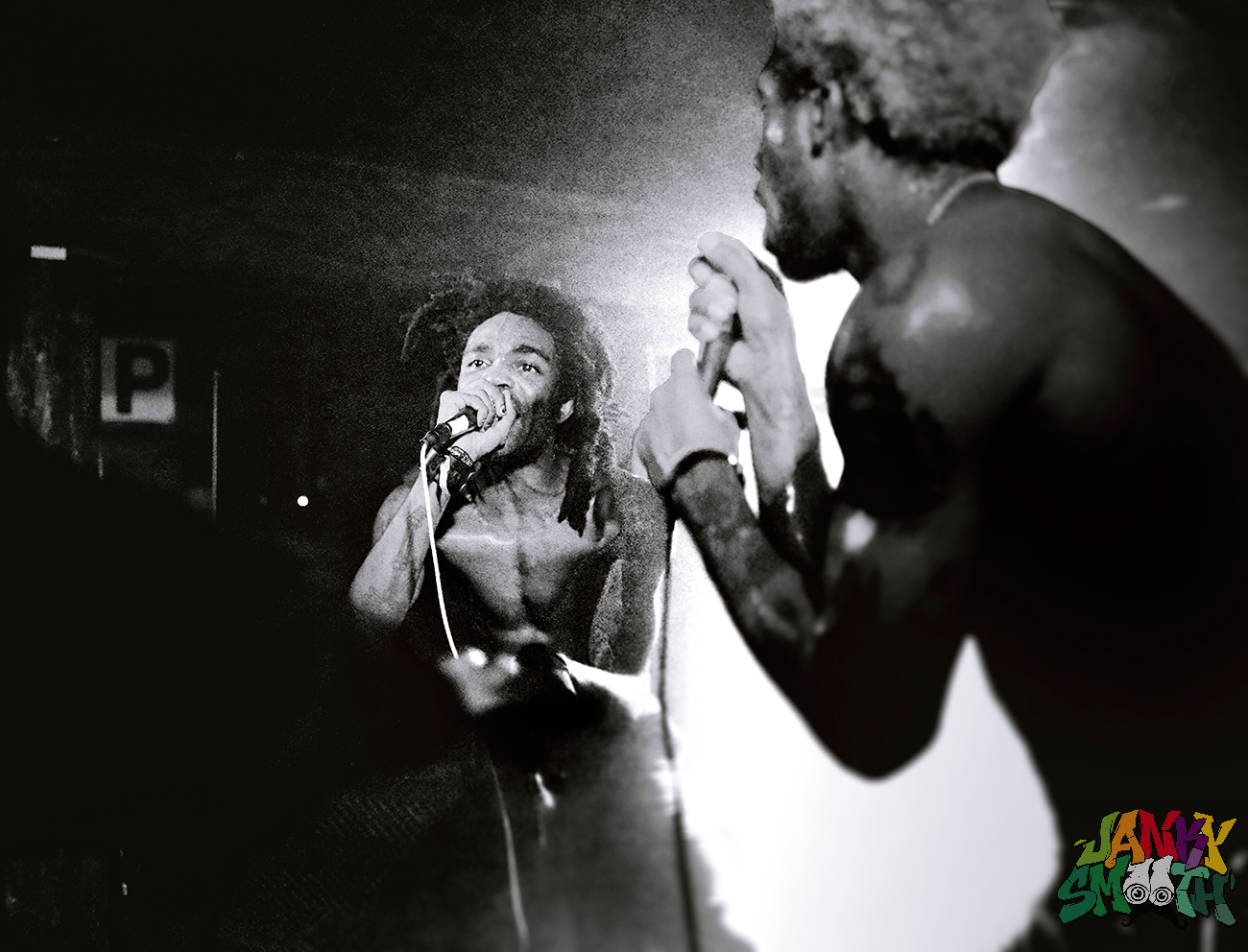 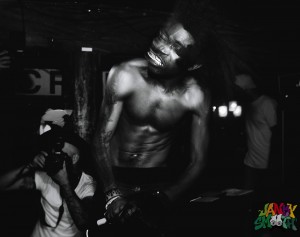 The OGM of Ho99o9 at The Del Monte Speakeasy in Venice

What more can I say about punk rock, hip hop mongrels, Ho99o9 that I haven’t already said? Are there truly any words that can describe the sheer chaos, danger and magick that ensues at one of their live shows? Last night in Venice Beach, Red Bull Sound Select put together one of their most interesting and diverse lineups to date and all you needed was an RSVP link and $3 to be initiated into the Ho99o9 Death Kult. Along with Brooklyn punkers Cerebral Ballzy and Houston M.C. Fat Tony, I witnessed a somewhat sleepy crowd transform into a swirling cauldron of aggression and questionable intentions. 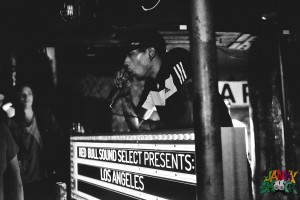 The Del Monte Speakeasy in Venice is like a stone mausoleum with a bar. It’s concrete floors and low ceilings, along with dim lighting and the ghosts of Venice OG’s fighting has a gothic, absinthe drinking vibe to it. I arrived early, half expecting a line of mutants wrapping down Windward Blvd and around the alley on Speedway, much like the scene outside of the Mystery Box in Downtown Los Angeles when Ho99o9 played there for the Horrors of 1999 EP release party a few months ago. As the clock ticked closer to Fat Tony taking the stage, I became a bit concerned that my expectations of the evening might fall short because half the excitement of a Ho99o9 show is witnessing the gradual decay of society through the patrons of their music and the Del Monte Speakeasy looked to be a little short on patrons. 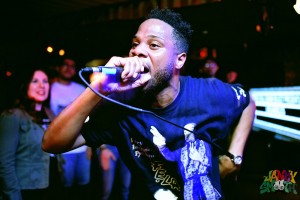 Fat Tony at The Del Monte Speakeasy in Venice

My concerns were mostly unfounded. Fat Tony took the stage to a room that was half full by the time he took the stage and proceeded to lay down some highly original and commanding live hip-hop. Fat Tony and his DJ, with the help of multiple mixers and stomp boxes created somewhat complex textures of sound that served to enhance his water tight flows. It wasn’t the typical, pre recorded, lifeless track that most MC’s use as the bedrock under their rhymes. Clearly experienced at the art of the live show, it’s undeniable how seriously Fat Tony takes his live sets and it shows in the results. 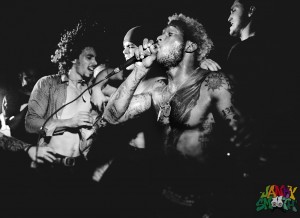 Yeti of Ho99o9 Consumed by Fans at The Del Monte Speakeasy

The OGM, Yeti and drummer, Ian Longwell- aka Ho99o9 took the stage at 10pm with an immediate strangehold on the audience. Playing songs off both the Mutant Freax and Horrors of 1999 EP’s, the somewhat laid back vibes in the house transformed, almost immediately. The OGM left his wedding dress and chalky white, tribal warpaint out of this show while Yeti, painted his face with a calavera skull, as both set out to decimate the Del Monte Speakeasy. Ho99o9 fans obliged by creating a kinetic whirlpool that managed to create a suction effect that consumed unsuspecting people and cocktail glasses and left them strewn on the floor of the venue in a mix of laughter and angst. The highlight and peak of the show was one of the first songs released by Ho99o9, Bone Collector. By the end of the song, fans packed the stage and swallowed the band hole as they closed out the show completely consumed by the audience. 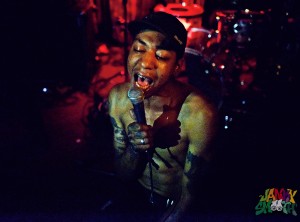 Cerebral Ballzy at The Del Monte Speakeasy in Venice

Cerebral Ballzy closed out the evening. Frontman, Honor Titus took the stage in a seemingly dazed state of inebriation and who knows what else. He was a bit shaky but after a couple songs, he shook off the cobwebs and was able to deliver the type of set that fans expect from Cerebral Ballzy. Their gutter punk style of music was a cherry on top of a diverse but compatible lineup of musicians that have successfully married hip hop and hardcore music.

Red Bull Sound Select continues to be one of the only institutions able to put a good face on corporate music. The 100’s of bands on their label and those under the Sound Select banner range from mediocre to ground breaking but whatever their ultimate goal is, whether it be branding, selling music or concert tickets, they have managed to make an indelible stamp on contemporary music. As they get ready to embark on their second installment of 30 Days In L.A., Red Bull certainly has managed to successfully merge the two words, Lifestyle and Brand.