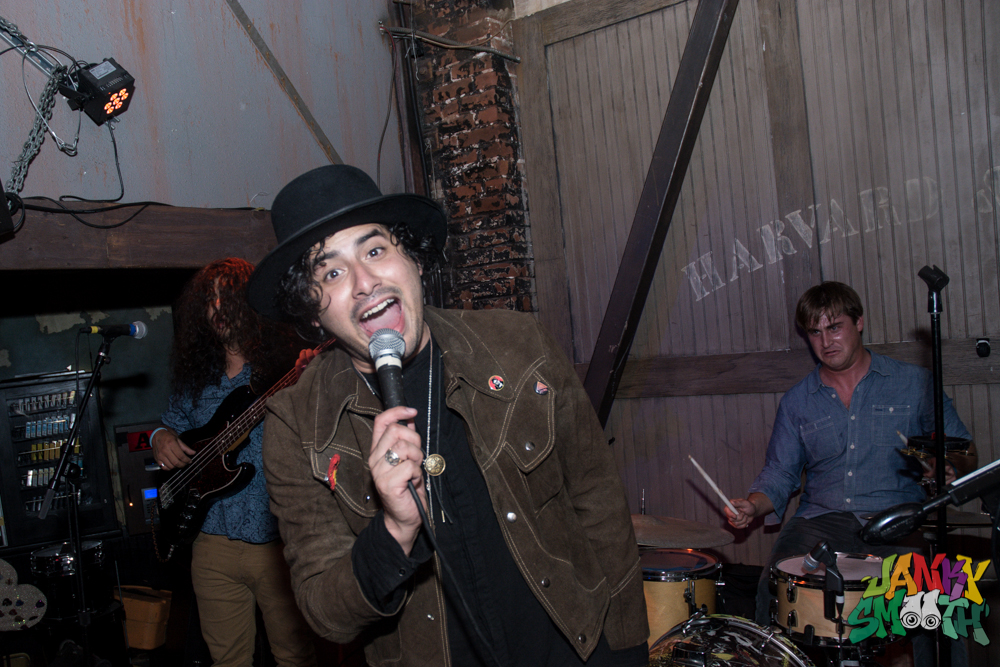 We love Them Howling Bones over here at Janky Smooth and we have been super hyped on this upcoming vinyl release of Them Howling Bones tracks: Follow You Home and Left For Dead.  The release party had an awesome line up at an awesome bar with awesome people. What I’m trying to say is the party was awesome. The line up consisted of Sand Babes and Cutty Flam, two awesome Los Angeles bands and was brought to you by Pizza Party Music, A Pint of Cacophony, Cretin Hop and Janky Smooth. The night also consisted of Roger Mars from Cretin Hop providing some dancy tracks between sets. 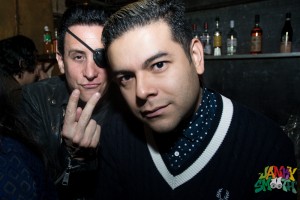 Sand Babes has that very psychedelic/surf vibe that’s been catching on here in LA. and all over the world.  They remind me of Mystic Braves and The Growlers. They have a great sound but to be honest it’s starting to get very repetitive to me and becomes very difficult to stand out. 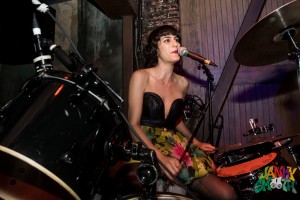 Cutty Flam classify themselves as Prom Punk which I believe The Muffs classified themselves as that at Punk Rock Bowling. I’ve heard great things about Cutty Flam and was extremely excited to catch their set for the first time. I also have to mention that drummer Bang Bang is a total hottie. The band totally killed it and nearly stole the show from Them Howling Bones. I expect no less from a band on Burger Records.

So seeing as how this was:

A. a Them Howling Bones show and

B. at Harvard & Stone 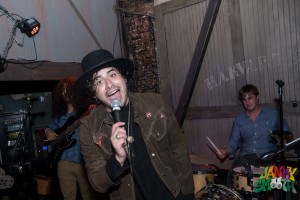 Them Howling Bones Vinyl Release Party at Harvard and Stone

I got really drunk off their famous Old Fashioned’s. I can’t tell you too much about their set other than it was flawless. I can also tell you their set was chock-full of new material. If you were there at the beginning of Them Howling Bones career you knew me as their drunk mascot. That old me came out for the release party and the whole room was moving. Not moving because I had the spins or anything, but moving because we were all drunkenly slamming into each other. The only song I remember from the night was “Teeth” which they closed with.  Along with the 7″ they released that evening, they also released an artist collaborated T-shirt between the boys in Them Howling Bones and the boys at Cretin Hop.

I concluded a night full of howling and whiskey with a drunken uber ride back to my apartment. I sparked one up after rolling on their new split 7” and patted myself on the back for another successful night of drinking and rock n’ roll. Be sure to pick up a copy of this first 7″ from Them Howling Bones. Also check out some of our previous coverage of Them Howling Bones. Stay sexy America.

Words and Photos by Taylor Wong

Janky Smooth Bands to Watch out for in 2015: Them Howling Bones