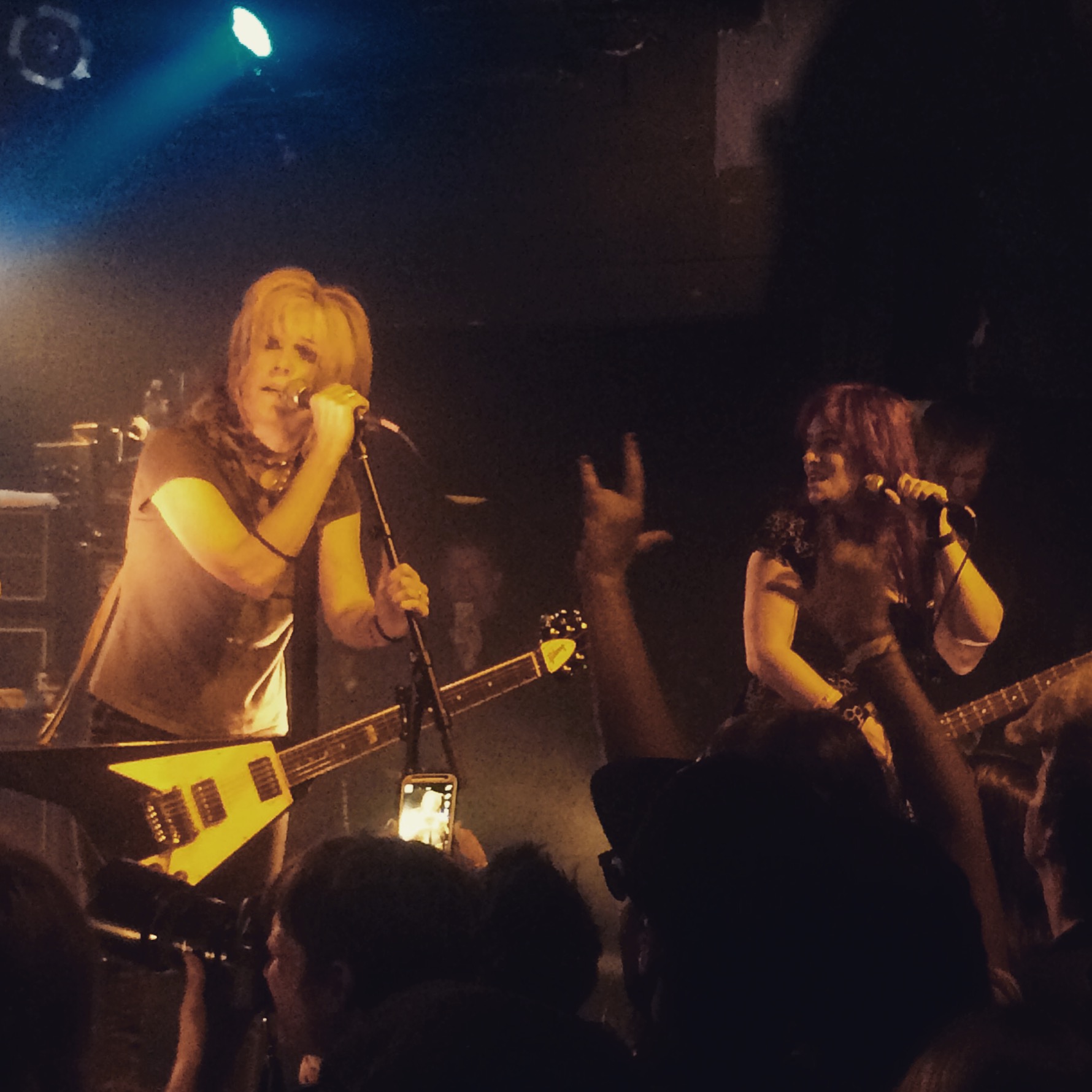 On Thursday May 28th, L7 played a show for the first time in 18 years. This brought up a lot of feelings and emotion for me. I’ve seen L7 play more shows than any other band. I would not be easily swayed by the power of this moment because at their peak, they were one of the most ferocious live bands in the world. While a caricature of the past could have the power to entertain, what I wanted to see was the raw, authentic and over amplified band of bad ass chicks that were so incredible that being women was hardly a part of my internal narrative about what impressed me about them. THAT was what I wanted to see and I wouldn’t give them a pass on this “warm up show” simply because L7 were ready to relive their glory days and collect a paycheck.

The Echo, a venue that didn’t even exist the last time all four original members of L7 played a show, was more packed than I had ever seen it. As soon as I saw the skeleton hands forming the L and the 7 on the backdrop of the stage, shit became very real. Brody Dalle stormed the stage to introduce the band. “Are you ready to have your tits and dicks melted off!!??” It was a rhetorical question, of course. Donita, Jennifer, Suzi and Dee took the stage and all four of them were smiling from ear to ear. 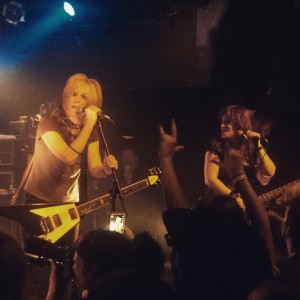 Over the next two hours, L7 drove down the street known as memory lane like a renegade biker gang. All the familiar sonic streets they paved so long ago survived the gentrification of music and they launched off of the early speed bumps that were placed in their way by the sound guy. By the time they broke into the third song of the set, “Everglade”, they were fully dialed in and it wasn’t long before this became the loudest fucking show I have heard in a long time. L7 were not a band that were going through the motions. The magnitude of the moment was not lost on them. It’s hard to imagine them being any more grateful to be in that moment in time and it became a common sentiment throughout the set for someone in the band to let the audience know that they loved us just as much as we loved them. 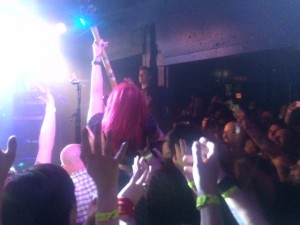 Jennifer Finch seemed like she might shoot through roof of The Echo at any moment. There was not one moment that she wasn’t either head banging her bright red hair, making obscene gestures at the crowd or sharing some type of hilarious anecdote or unfiltered thought. She paused for a moment and her phone appeared from somewhere and she captured an image that she promised would be used for her Tinder profile. Conversely, Suzi Gardner would lay back in the cut shredding her guitar, cool as ice. When the songs she sings were played, she delivered them with the smooth, quiet confidence that is her trademark. In between the two, Donita Sparks would command the stage with ferocity in her vocals and a beam of humility that shined so bright that it was blinding. Dee Plakas continues to be the hard hitting anchor of the band and one of the best female rock drummers of all time. It’s a shame the word female is still being used as some sort of qualifier but hey, not recognizing the way the world is does not do much for progress or intellectual honesty.

There wasn’t much movement in the audience for most of the evening. Towards the end of the main, pre encore part of the set the band started playing “Shove” and I took my queue. I just couldn’t stand still any longer. I’m pretty sure I became “that guy” but I really didn’t give a fuck and eventually, I wasn’t the only one who didn’t have any fucks to give.

I’ve seen L7 play some strange and unique shows over the past few decades. I’ve seen them play the Federal Building Lawn in Westwood as part of a Hemp Fest, well before you could get a license to smoke weed in California. I’ve seen them play the auditorium at Fairfax High. I was witness to the very first Rock the Choice benefit at the Palace with Nirvana. I was 15 years old. Thursday night at The Echo ranks up there with all those shows because after all this time, all that has happened, L7’s love for what they do remains more real and tangible than the time that has passed between those gigs.

Now that the L7 are “warmed up”.  They are heading out to Europe for almost all of June with a couple more dates in L.A. at The Fonda in July.  Now that they have had a taste, I would not be surprised if they just keep booking dates and came to your town soon.  Here is the tour, so far: