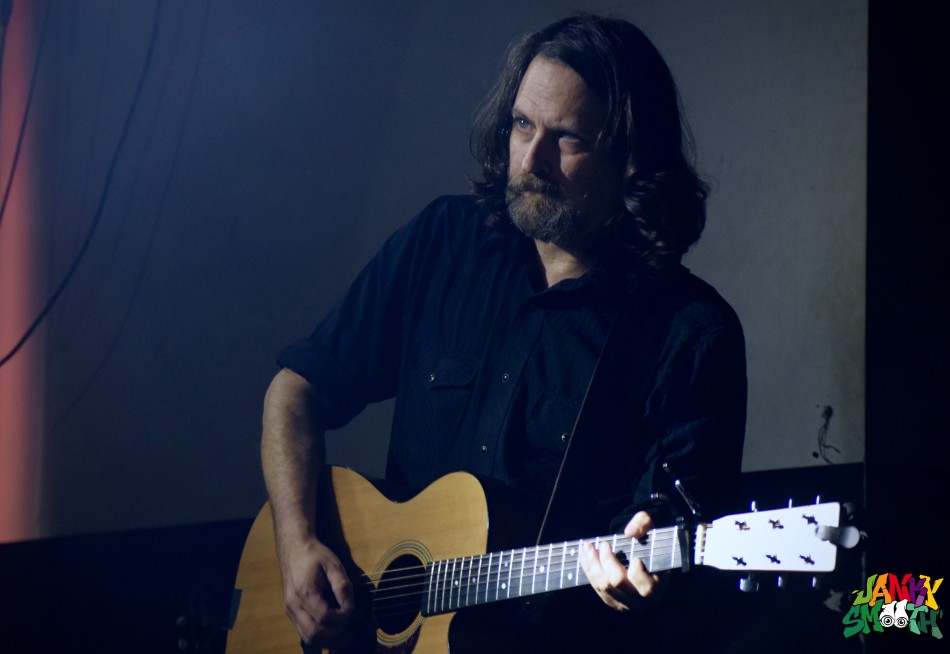 When Bob Dylan first plugged in and went electric at the Newport Folk Festival in 1963, he was harangued, mocked, and shit on by the same followers that professed their total devotion to him as a folk singer. Similarly, when metal goes acoustic, there are always detractors. Yet, with the talent exhibited by the artists Church of the 8th Day booked to play The Resident, Xasthur, Wino, and Six Organs of Admittance, the voices of those detractors seemed to shrink under the monumental weight of the emotions in these folk songs. Proving that Kansas can be just as dark as Darkthrone, Alhambra’s Xasthur was once a one-man black metal machine, pumping out the haziest, most brutal black metal in California. Having soaked in all of isolation’s inspiration, Scott Conner knew there were muses he had to follow beyond the boundaries of electric music. Startling the purist following he had garnered, Xasthur went acoustic and the fans that once battled his skeptics, became skeptics themselves. Taking the stage as a three-piece, all on acoustic guitars, Xashur wore a bandana to cover his face while Christopher sang his lyrics and Rachel played acoustic bass. Folk lyrics inject more substance into music than even hip hop lyrics, and Xasthur’s explored a slew of dark and depraved characters that seemed to have fucked their lives. Not only did this set show me how acoustic can be heavier than electric but how realism can be more brutal than fantasy. One song in particular really hit me, having been around so many junkies in my time, a song colloquially titled “Shit Creek”.

Wino has always been one of my musical heroes. The first time I heard Saint Vitus’ Born Too Late album, I thought I found metal’s soul. I’m still looking for that elusive pink T-shirt but till then, I try to see Wino every time he comes to Los Angeles, whether singing for The Obsessed or otherwise. His acoustic songs were raw, inspiring, calls for reclaiming your manhood. The kind of soundtracks that subliminally follow outlaws rolling down lonely highways on Harleys. One comment he made before a song really made me smile:

“Fuck control… of any kind.” Bringing Six Organs of Admittance on stage with him, the duo performed a Grateful Dead cover, which as one of my “spirit-bands”, had me floating on air.

Six Organs of Admittance is the last and final troubadour, the one true bard of our time. And with this heavy load on his shoulders, being chosen with this gift, Six Organs knew he had to become an incredible musician to assume the role. His voice is somber, sad, and tranquilizing, tapping into the part of metalheads that like to trip. The silence between songs in his set was so tangible that I could rub it in-between my fingers. A few songs by him exhibited such virtuosity on the acoustic guitar that the arrangements felt completely alien to the ear until finding miraculous ways to make sense. The one thing that was evident about this show, as the last of the tour, was that all the artists involved developed true friendships. The moment Xasthur, Wino, and Six Organs all took the stage together, was like a heavenly exhale of music sweeping over an audience tired and just waking from their electric haze. Having gone to so many electric shows, these three sets rekindled my love of acoustic music and made consuming it on a more regular basis a must for me.