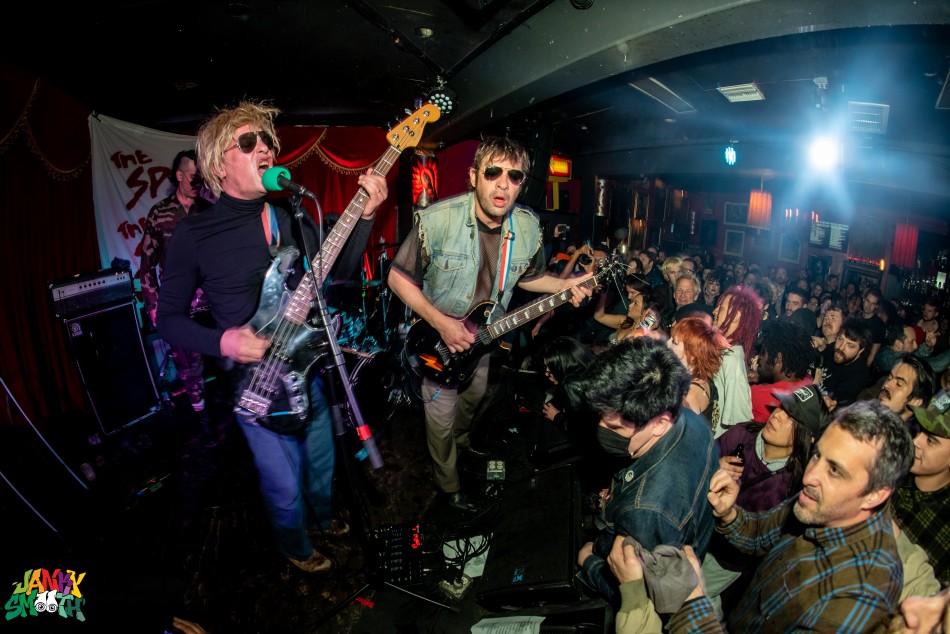 What was the allure for The Spits to perform at Alex’s Bar last week? Did they have a message? A new album is what they’re performing, But what, if anything, were we giving them; I heard it muffled under the crash of flesh punctuated by cheers and laughter from the web of limbs clambering over each other seeking the sound. What they find inside is their own; I like to watch wild smiles form on their faces. Does the band see it? Do they feel it? I guess I can only wonder, from what I gather, its preservation of legacy not tempted into glorification. The Spits are just doing the damn thing.

Related Content: The Spits and Surfbort at Alex’s Bar 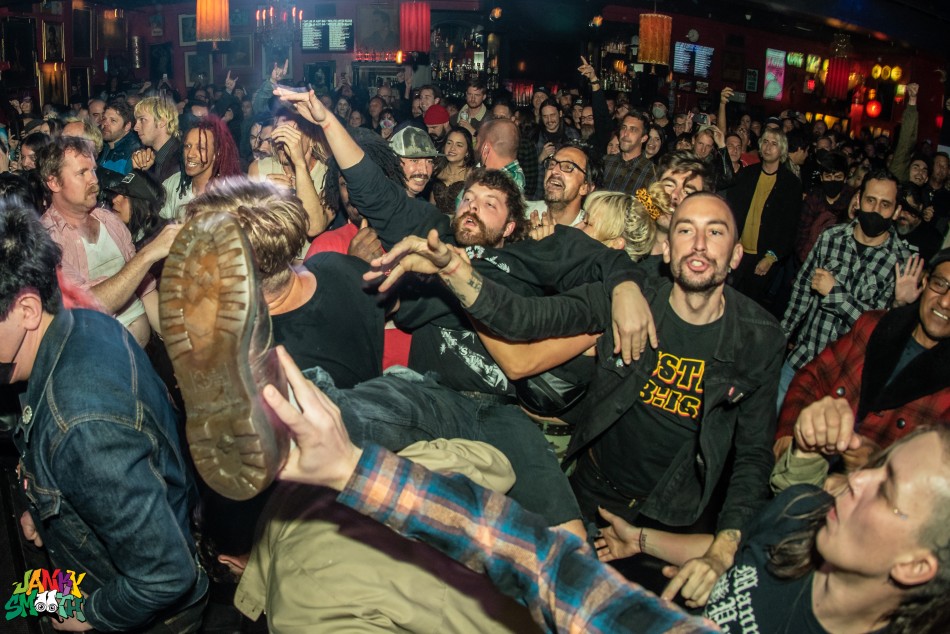 The Spits at Alex’s Bar by Albert Licano

Relentless as their tour schedule has to be. I was not surprised to see them looking so virile as they pushed past the crowd on their way to the stage, onto their part of the court. They came in with considerable brother energy, which as if to set the tempo for the evening was how the vibe was. I was inspired to come closer to the center. I wanted to claim the ground beneath me. I was not alone. 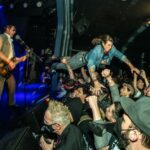 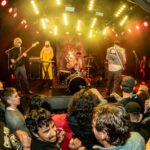 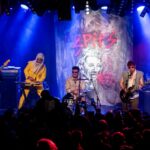 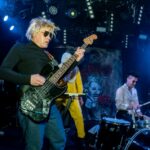 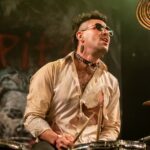 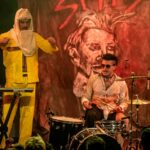 There was an incident where the crowd kept disrupting the guitarist’s board, and he told them the lay of the land. This speech was interesting because I instantly saw him as an authority figure, someone to defy. It made me want to enter the pit again. I found myself understanding why I was there. I wasn’t supposed to be in the first place. I couldn’t get in on my own. I was part of the chaos. As I fall over a body under my legs, I’m excited at the risks of it all. I know someone whose femur snapped at a show once. She felt the music. It’s that what makes me angry. Someone can replace metal and wires. The bodies colliding into each other only break. I anticipate the counter thought in my mind; Things should work as intended, and without interruption, I see it as a manifestation of the chaos summoned; it is the slick wet concrete floor under our very feet. 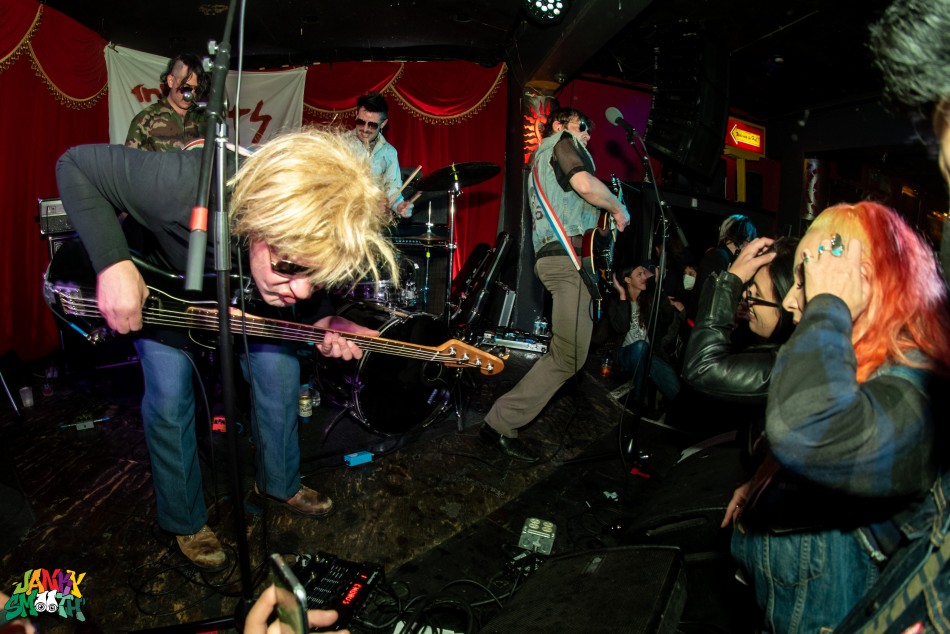 The Spits at Alex’s Bar

A tap on my shoulder from a friend connects me back to reality, soaked in my sweat and people’s beer. I have a direct view of the stage now; the blood-red words on the banner

The spits on stage were spewing out their mouths, punk saliva and passion onto our heads.

Before they took the stage, there was another noteworthy performance from VR Sex.

Someone tried to influence my opinion telling me that they sounded repetitive.

“All the songs are the same” 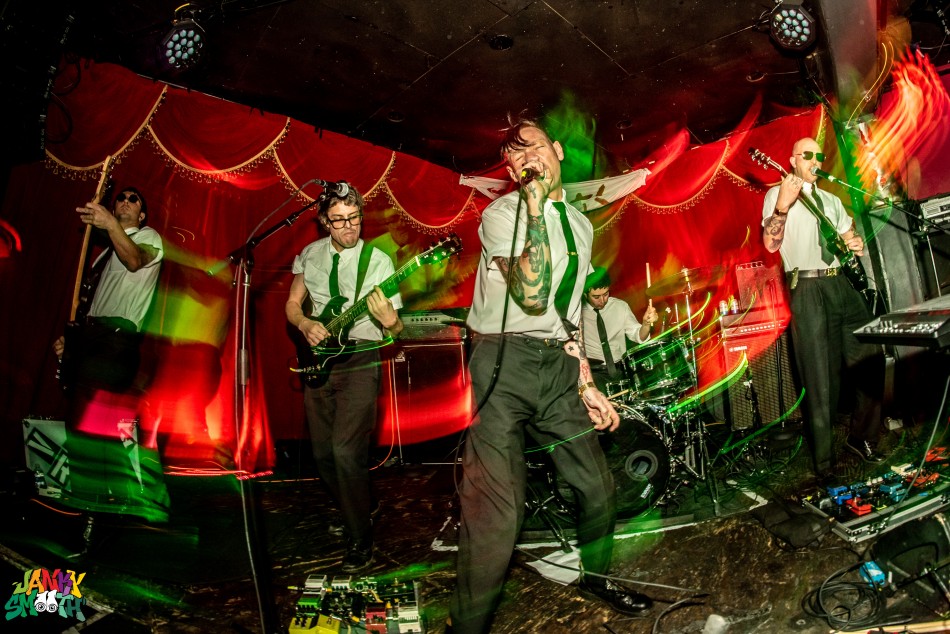 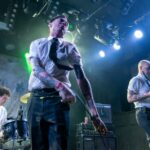 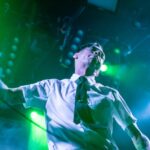 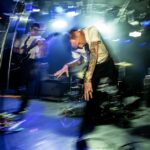 Being a fan of monotony and not a fan of being told something I’m looking forward to seeing isn’t good, I walked away from this man to see for myself what VR Sex is. Like other sexual encounter alternatives, there was a phase of understanding and acceptance. I can understand why he thought they sound the same, seeing as they’re dressed the same, and if you weren’t paying attention, you couldn’t tell who’s doing what, but the post-punk Devo vibes are abundant. I was like, where’s the saxophone? Truthfully I enjoyed their performance the most. There was a calm and relaxed sensation building in me listening to their songs.

Assquatch also opened the show at Alex’s Bar but I wasn’t able to make it in time, unfortunately. 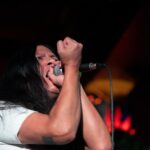 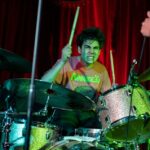 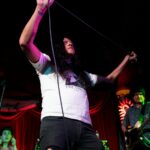