An All-Star Punk line up at The Observatory In Santa Ana included OG Punks The Adolescents, The Dickies, The Alley Cats, and The Crowd. A damn near perfect embodiment of late 70’s and early 80’s SoCal Punk Rock and a throwback to a territorial and cultural dynamic from not that long ago. 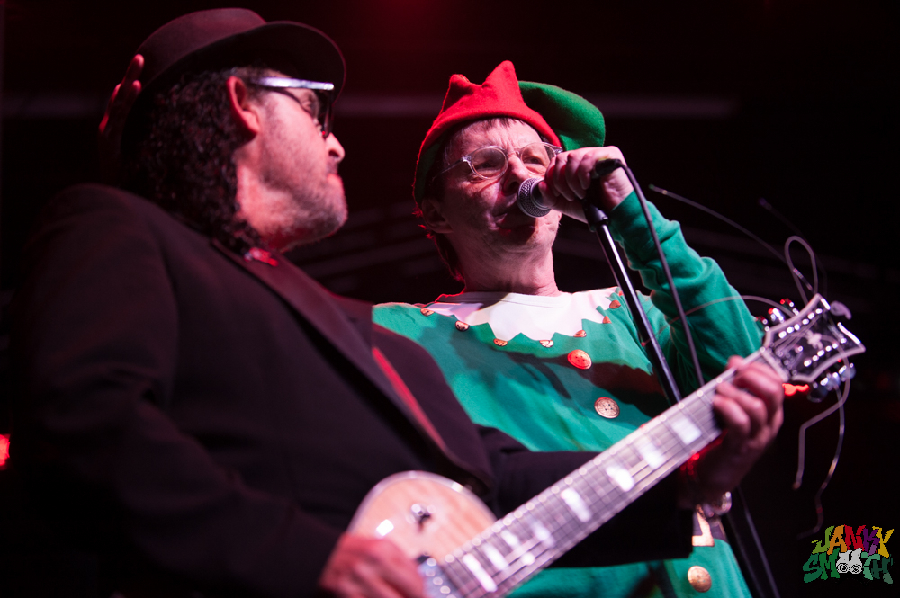 The Dickies- Stan and Leonard 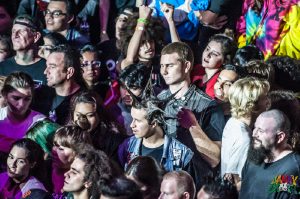 Alley Cats were the openers and I was totally looking forward to their set but thanks to a horrible crash involving a big rig that had traffic backed up for 3 hours, I made it into the building right as they were ending their last song. Such a bummer but nothing compared to the carnage we passed on the way there. Alley Cats originally featured husband-and-wife team Randy Stodola (guitar and vocals) and Dianne Chai (bass and vocals), along with drummer John McCarthy, however the current line-up only includes one original member, frontman Randy Stodola.

Huntington Beach natives, The Crowd, are arguably one of the first and best bands of their genre and they’re well known for their brand of OC surf punk developed in the late 70’s.  The Crowd put on a good show. While the first few songs seemed a little rusty, as the set progressed, the band really seemed to tighten up and it sounded great.  I can only imagine what it would have been like to see these guys in their Hong Kong Cafe days. The thought was inspiration enough to break out my Beach Blvd compilation again! 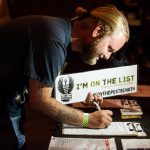 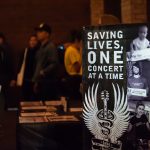 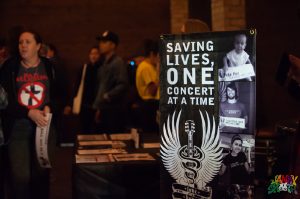 Tucked away on the smoking patio, the “Love Hope Strength Foundation” had a booth set up to take cheek swabs in order to gather DNA matches for people in need of bone marrow donation. Founded by cancer survivors Mike Peters, frontman of the 1980s rock band The Alarm, and his friend James Chippendale, the Love Hope Strength Foundation began their mission with adventurous trips to remote concert venues, such as Mt. Kilimanjaro and Machu Picchu. Peters said, “Wherever we do a Love Hope Strength event, we try to benefit the local community.” They’ve introduced the first mammography machines to Nepal and they built Tanzania’s first children’s cancer center.The volunteers set up at concerts all over the nation to help save people with cancer. It’s a great organization! If you happen to see them, be sure to stop by their booth! They have a residency 2 nights a month at The Observatory, so keep an eye out. 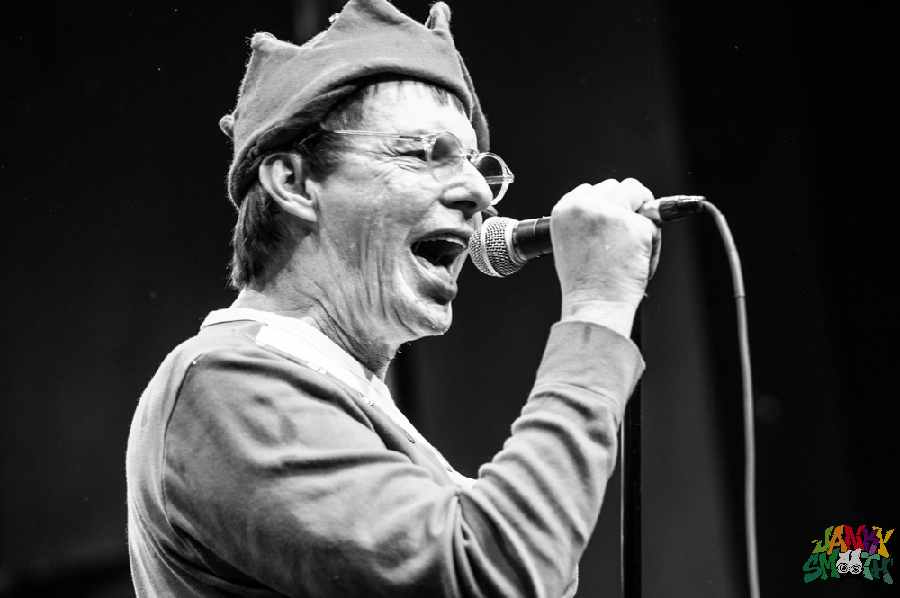 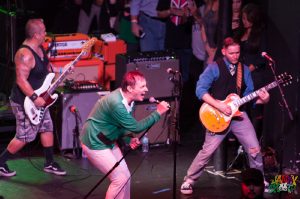 The Dickies in Orange County

The Dickies came onstage in a festive fashion with Leonard donning his Santa’s helper outfit and opening their set with “Silent Night”. The mood was vibrant as the Dickies powered through songs such as, “I’m Ok, You’re OK” and “Got It At The Store” but it wasn’t too far into set when the mood quickly shifted. Leonard slipped and fell mid performance due to some middle-aged balding asshat that thought it was a good idea to throw water on the stage. To add insult to injury, he then chucked the empty bottle directly at him. With good reason, Leonard called this fucker out as he ducked on the floor with his head tucked between his knees, trying to hide like a little bitch. Leonard scolded him saying “you’re an A-hole” and “guess what…The Adolescents aren’t adolescent anymore.” Surprisingly enough, the audience didn’t rip him to shreds, but I have to say, it was rather gratifying to hear the whole venue chant harmoniously “Blow Me” over and over (per Leonard’s prompting) as the piece of shit did the “walk of shame” as he was escorted out by the security staff.

When you are both a punk band and let’s face it, a professional enterprise like The Dickies, finding an authentic inspiration to inject into performances for old songs that you wrote in your youth can’t be easy.  It seemed the band took the energy created by the fan confrontation and manifested it into raw energy. They immediately tore into “Knights In White Satin” without missing a beat. I have never seen them play that song with such vigor and it was pretty fucking amazing. 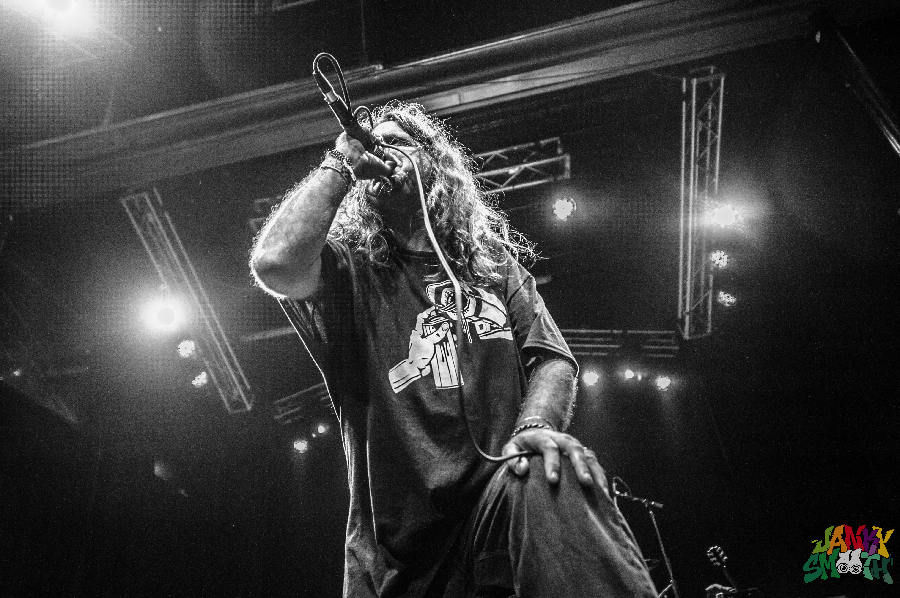 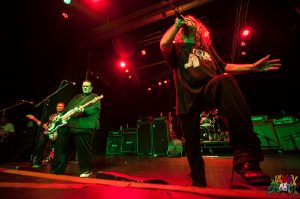 By the time The Adolescents took the stage, The Dickies had concert goers frothing at the mouth and ready to pit.  Only it wouldn’t end up being the friendly pogo style pit from earlier in the night. The floor always tends to get gnarly at an Adolescents gig but thanks to more assholes, it became an all out war zone. I am not one for race baiting and while I have absolutely no proof whether these dicks were actually Nazi/White Power or if the fights were racially motivated, it could be a fair assumption that two white, yolked out, bald dudes with no shirts on in Orange County, who were swinging on every “Mexican” within reach, may or may not have been neo-Nazi skins. Who knows, maybe I’m “profiling.”  I have never understood why these types of dickheads think that there is a place for them in this scene. It is literally against everything that these bands stand for. Nazi Punks Fuck Off, go home before you get curb stomped. Because no matter how much CNN makes it seem like there is a growing movement of white nationalism, the media just gave you a microphone and the REAL truth is you’re vastly outnumbered  The security staff did a great job diffusing the melee within only minutes.

The knuckleheads were exiled, peace was restored to the mosh pit, and the vast majority of brown, white, black and yellow punks of OC lovingly beat the shit out of each other (and helped each other back up) for the rest of the night to classics such as “LA Girl”, “Kids of the Black Hole” and “Amoeba.” The floor was restored to its proper form and everyone lived happily ever after. -The End