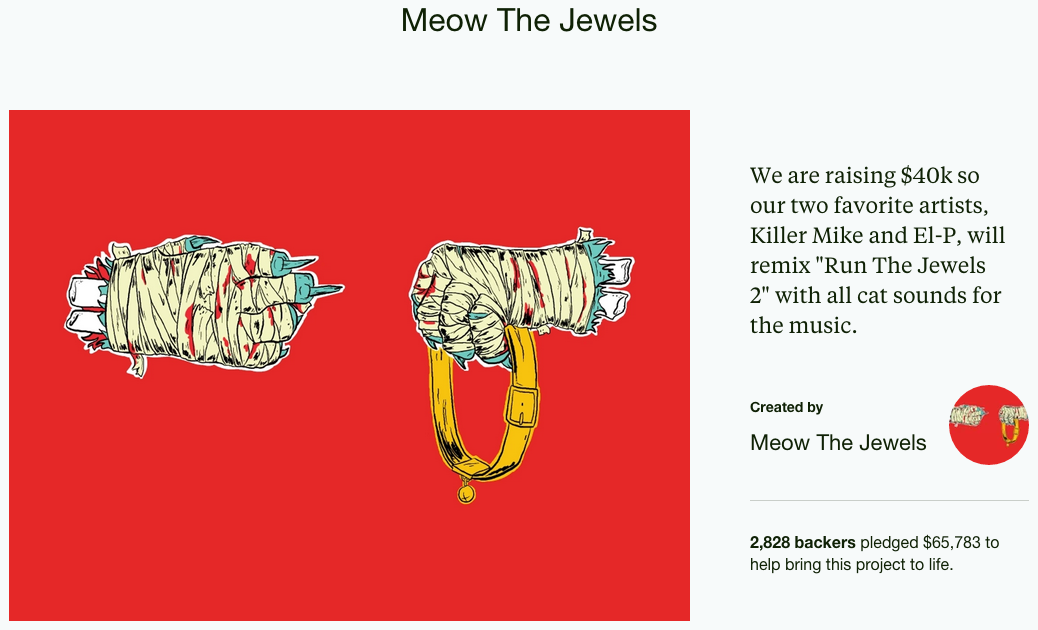 You know when you’re really high and you have this “great idea” that seems so genius that the world may never be the same?  The next day, you open the Notes section of your phone that you used to remind you of said idea and you just stare at it and laugh and say to yourself, “What the fuck was I thinking?”.  Enter Meow The Jewels, RTJ’s remix of Run the Jewels 2 made up entirely of cat sounds and samples. Run The Jewels at FYF 2015 shot by Taylor Wong

One fan.  One dab.  One kickstarter goal of $45k and 2,828 donations later and the total donations for the project have peaked at over $65k.   The end is surely nigh.  I’m sure El-P and Killer Mike never thought with all the need for altruism in this fucked up world, that people would come together and organize to insure this very important album get made.  I take comfort in the fact that all the limited edition vinyl that is sold will go to various charity’s benefiting those who have been victims of police brutality.  El-P took to Twitter “we did it for you, Mike Brown and Eric garner.”

Run The Jewels: Taking Hip Hop Back at The Echoplex

Run the Jewels Take Over and Spit Fire at The Regent

Joey Bada$$ at The Fonda: A Rare M.C. That Still Wants to Rap