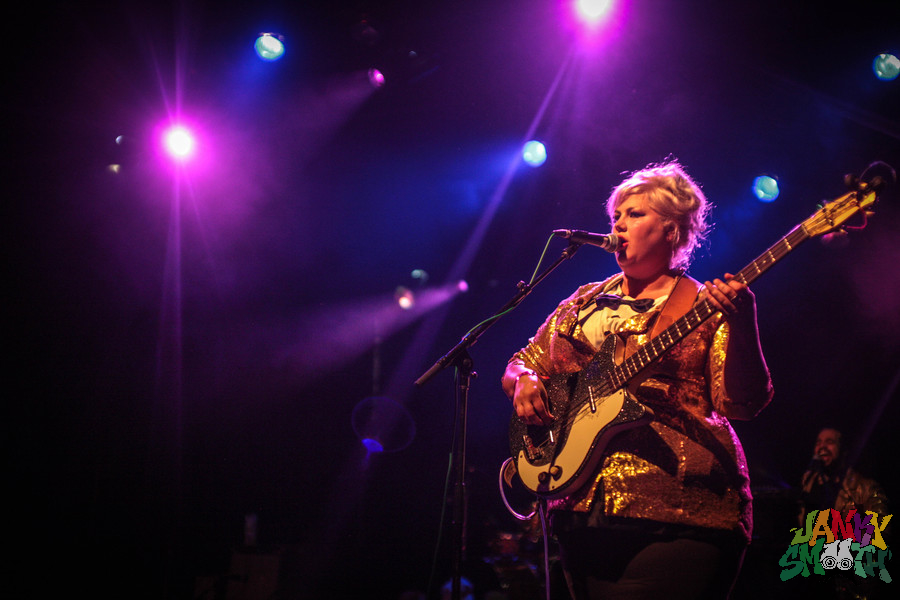 Retro rock band Shannon and The Clams are no strangers to Los Angeles. The Oakland band has dropped three previous albums in the garage rock mecca, so when they returned last Wednesday night to mid-city hipster haven the El Rey for the record release of their 4th album, they were welcomed with warm arms and adoring fans. 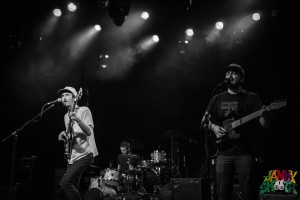 Opening for the headliners were fellow bay area band Cool Ghouls, who’s LP, “A Swirling Fire Burning Through The Rye”, was in my opinion one of the best albums of 2014. Consequently, watching these guys was incredible, especially on such a big stage, with even more impressive sound to match. However, what makes Cool Ghouls more unique than most garage bands, is the fact that ALL of them can sing, and not just belt out a few notes – they can fucking sing. This means not only are the harmonies crazy, but also each individual voice when alone, brings something different to the song, both emotionally and tonally. The crowd was a little thin to begin for the touring band, but there was no shortage of happy-go-lucky dancing. At times the band would break down into straight-up country punk, which by the way is infinitely funkier than you might think. Definite highlight of the set was when all three of the front men belted out the lyrics to “And It Grows”. 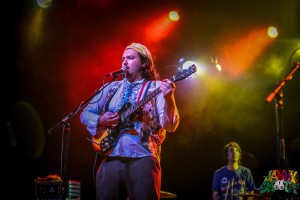 The Memories at El Rey Theatre

After them were LA swooning stoners The Memories, who always put on an entertaining show to say the least. The best moment musically of the set came when they covered Daniel Johnston’s ‘True Love Will Find You In The End’, and lead singer Ricky crooned, shirt half off, belly dancing in the wind, to the screaming girls in the front row. He must’ve been a little drunk, or a little high, but probably both, because he kept on reminding us of the name of every song, as well as whom it was by. Yes, we know you’re band is called The Memories. Half of their performance was about getting high, romantic clichés, and loving your body – all-important messages. Ricky is pretty magnetic on stage; he had the whole crowd hanging on to every word of his thoughtful and often vile monologues. The rest of the band seemed content having its own fun, letting Ricky do most of the work. The band looked like they’d played dress up a few years ago, and then lived in those outfits for the next however many tours, and arrived at the El Rey for our smelling pleasure. They rocked it though, because the bottom line of their performances is that they didn’t give a shit, but they’re all good enough musicians to make the simple jingles sound so damn tight, that you can’t help but sing along. 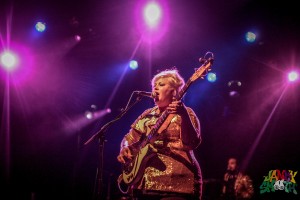 Shannon and the Clams at El Rey Theatre

Following them were Shannon and The Clams, who were the crown jewel of the night. The first thing I noticed was the direction they’ve pushed in their newest album sonically, to make a darker, more ethereal type of sound, kind of like if T. Rex did doo-wop. Their new album, ‘Gone By The Dawn’, is downright fantastic, and luckily enough for me they played through most if it – not pausing in between songs for any jibber-jabber. The album continues the classic doo-wop Shannon vibes, but also mixes it up in weird and strange ways. The song Corvette for example, retains Shannon’s beautiful rasp, and guitarists Cody Blanchard’s impeccable back ups, but ads layers of heavy guitar to the chorus, developing a glamorous almost Lana Del Rey choral anthem. 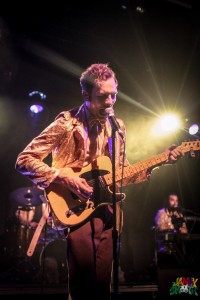 Cody of Shannon and the Clams at El Rey

Live, the band were dazzling, with gold sequin pin up suits, and a myriad of dancing plush dogs onstage. Cody caught me particularly off guard, as the man was so light footed, he seemed to glide across the stage sidestepping to and fro, all the while his fingers dancing upon his guitar strings. It really was a masterful performance, beside a mistake or two that was probably due to the immense crowd that had packed the El Rey. During the tail end of the show, Shannon mentioned that this was probably the biggest crowd they’ve ever played to – so high nerves are imaginable. Additionally, their set was paced especially well, starting out with jammier songs sprinkled with hits, to poppy jives that made your feet tap, to faster and crunchier punk anthems – it was all pretty sweet. Really looking forward to seeing these guys when they come back from tour.