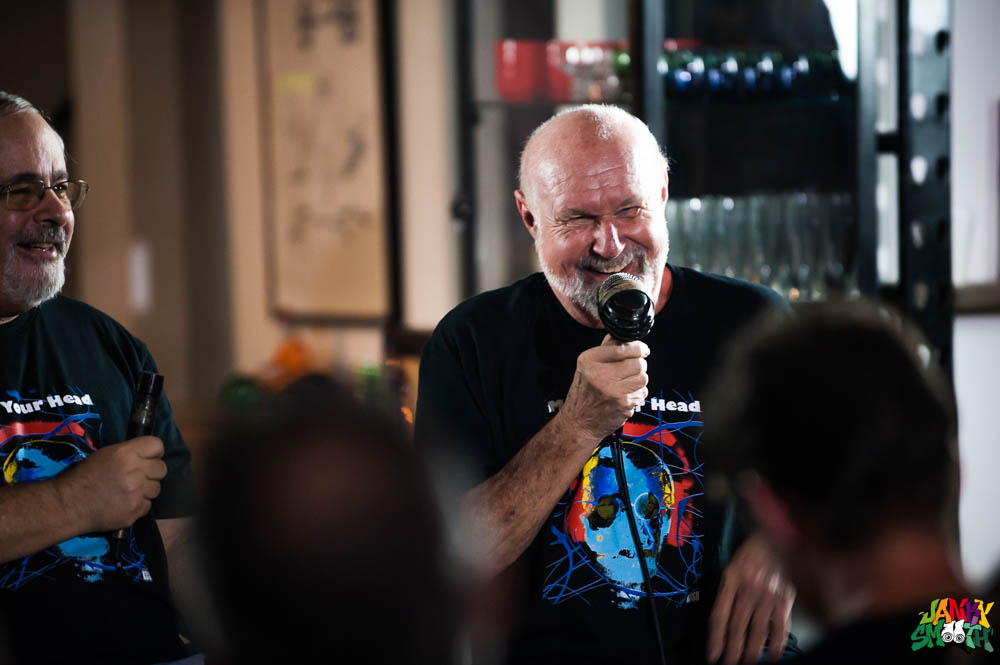 At a pop-up gathering in Downtown Los Angeles, GrassFed and the Art of Edibles cosponsored an event celebrating the 50th Anniversary of Sgt. Pepper’s Lonely Hearts Club Band. The two boutique collectives displayed their cannabis finery from vape options and CBD oil elixirs to confectionery. The downtown space had the feeling of a large personal art studio and was filled like a convention with many offerings and samples. The upstairs stage on one side was approached by a narrow spiral staircase, while a second upstairs space served as more of a meeting area. The dimly lit atmosphere was vibrant with Beatles inspired art, including a huge chrome submarine that the loft owner built specifically for the production of “Love” by Cirque Du Soleil. A 3D rendition of the yellow submarine was projected across the vaulted ceilings met with The Beatles’ Catalog playing its theme. The attendees looked like a combination of Silicon Valley’s alternative geniuses (the John McAfees of the world) rubbing shoulders with venture capitalists, and sophisticated commercial artists and musicians. The purpose of this gathering was to have a unique cultural experience that combined the classical sounds of the Beatles with the finest cannabis products. 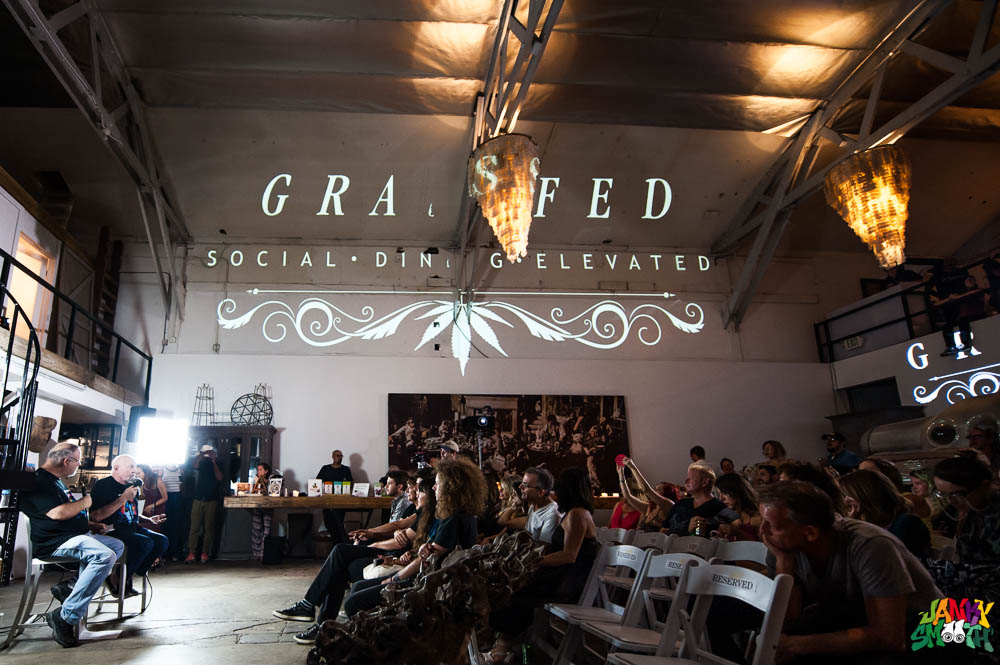 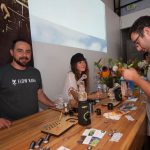 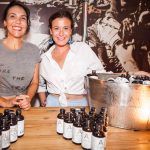 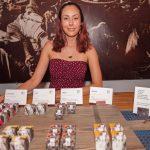 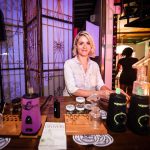 The two cosponsors—the Art of Edibles and GrassFed—are organizations that take pride in their product. The Art of Edibles claims that cannabis “relieves, engages and inspires our bodies and minds.” GrassFed’s mission is perhaps loftier. Not only are they after the medical and recreational benefits, GrassFed believes that cannabis should be elevated to the status of fine foods and wine, and that the different varieties and strains can be appreciated by the sensitive consumer. Both GrassFed and the Art of Edibles hint at targeting those with socio-economic distinction. To help promote their products, they paired their products with perhaps the most celebrated and elevated pop band in history, the Beatles. 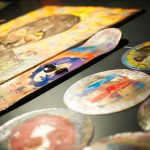 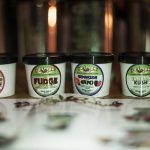 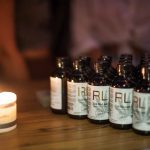 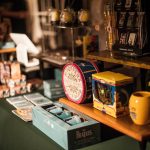 The highlight of the night—and perhaps also the moment when the confectionery began to kick in—was the interview between 88.5 Saturday With The Beatles host Les Perry and Beatles album design artist John Kosh. There was a playful exchange between the American and the Brit. Perry would ask a question and Kosh would act surprised by the question he had clearly answered all his life. Kosh told stories about the fab four, Yoko Ono, The Who, with a few hints of his work with Linda Ronstadt. The most remarkable moment of the night was when Kosh told the story of how he lost the negatives to the photo for the Abbey Road cover. Just as he was going to telephone the band with the bad news, a bystander approached Kosh with an envelope that he had found on a staircase which contained the lost contents! 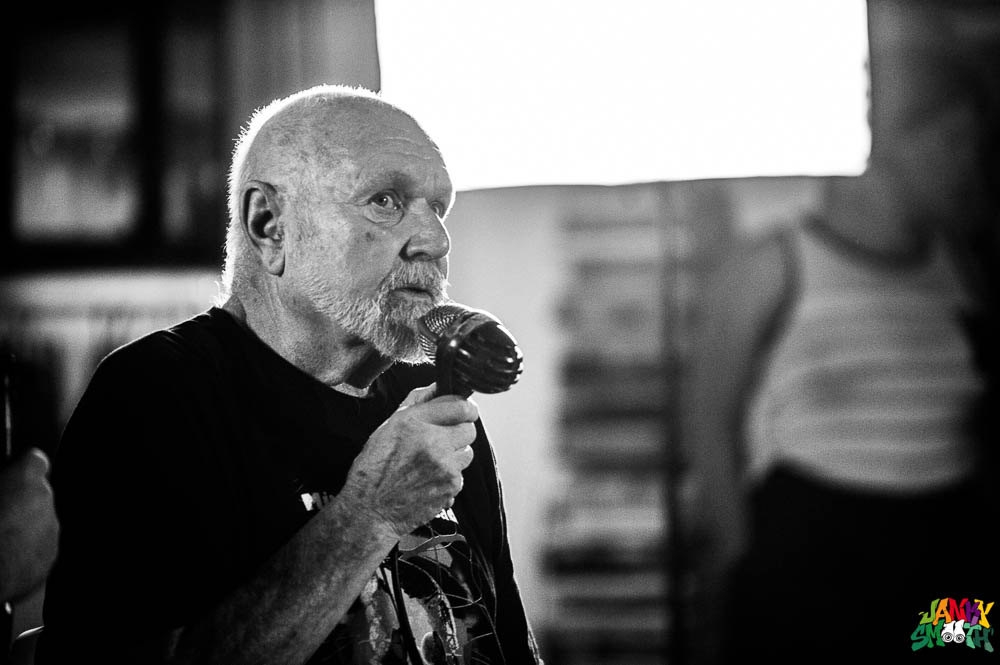 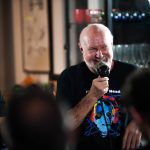 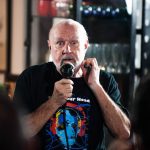 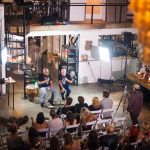 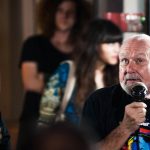 related content: Prettiest Eyes And Egrets On Ergot: The L.A. Sound Explodes Out Of Harvard & Stone

At the close of the interview, the elevated audience clapped and cheered with merriment. The moderator announced that they would be lowering the lights to achieve the “full experience” while listening the recently remastered version of Sgt. Pepper’s Lonely Hearts Club Band followed by live musical tribute performances. The Art of Edibles and GrassFed succeeded in producing the desired effect: to engineer a new kind of party for sniffers who no longer only sniff cork.