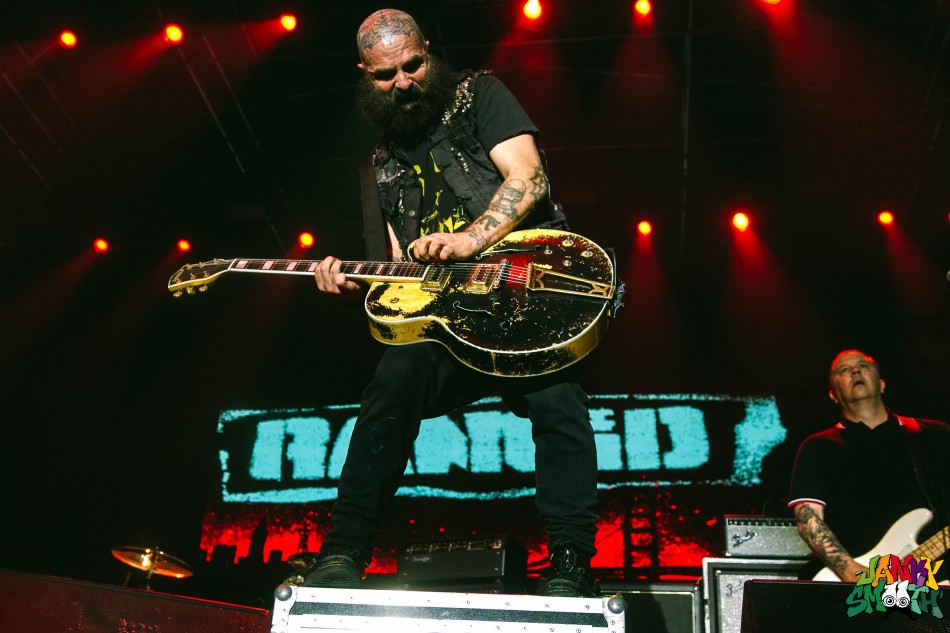 It had been two years since the first It’s Not Dead festival (which boasted punk rock legends such as The Descendents, Pennywise and Bad Religion) and the bar was set pretty high for its return. I knew I wasn’t going to be able to get off work until 2 pm on that day but even by that morning nobody knew what the set times were going to be as the festival’s curators refused to release them until the minute doors were open at noon. A decision that I found somewhat annoying but I understood it encouraged people to arrive early to see as many bands as possible. As soon as I was able to see the schedule I was disappointed to discover that there was no way I was going to make it to the Glen Helen Amphitheater in San Bernardino in time to catch The Flatliners’ 3 pm start time. Cutting my losses, I hit the road after swinging by my house to grab my gear and change into more festival friendly clothes in hopes of arriving before The Buzzcocks took the stage later in the afternoon.

related content: Punk Rock Bowling 2017: You Can’t Be What You Were 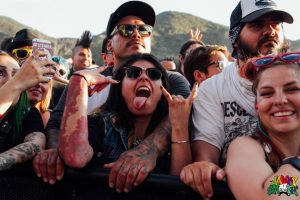 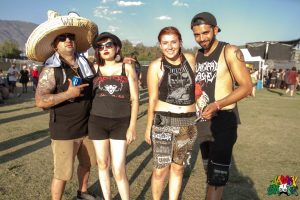 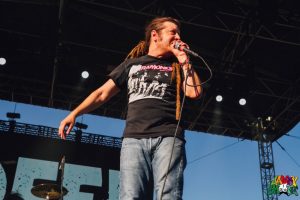 When I finally arrived, I parked at the back side of a dirt lot and began my march in the sweltering 98 degree heat to the festival grounds. Along the way, I met a man who was also walking alone and struck up a conversation and it turned out that this guy had quit his job in Texas earlier in the year and had been hopping around city to city attending as many concerts as he could until he runs out of money. A pretty punk rock crusade if you ask me.

After I picked up my media credentials, I said goodbye to my new friend while he continued to chug his pre-party drink. I would have stayed to help the guy out but the clock was ticking and I was dying to catch the end of the Buzzcocks’ set (and his drink was painfully warm-no thank you). I got through security and began jogging over to the main stage once I could hear “Ever Fallen In Love(With Someone You Shouldn’t)” playing far off in the distance. I made it just in time to catch most of the iconic song but unfortunately, I basically missed this entire set as well- that the cost of always having to travel from Orange County, I guess. 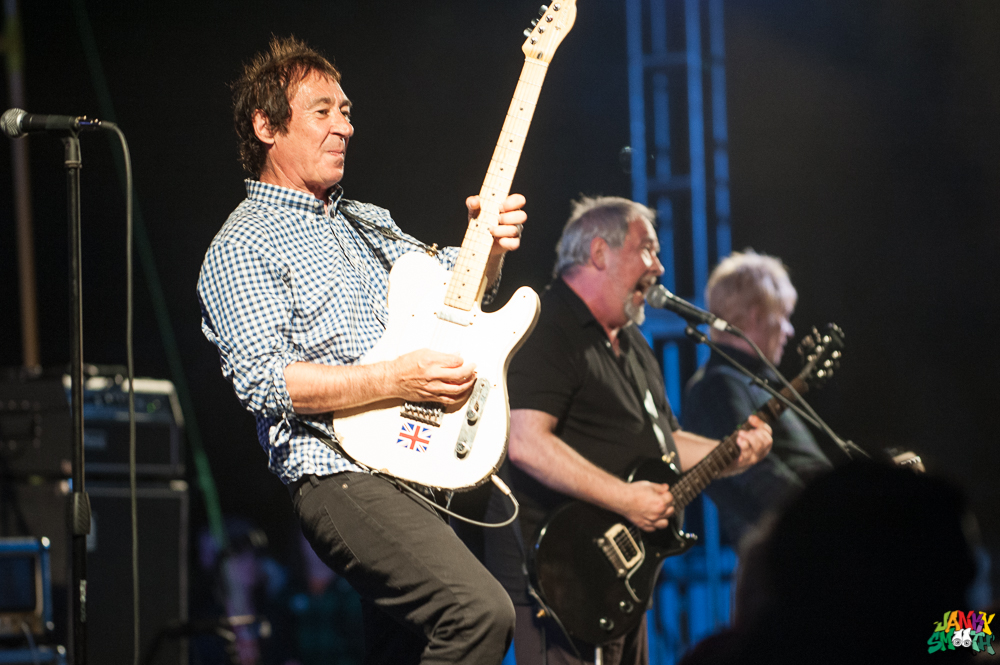 I hung around the main stage for OFF! to begin but I didn’t have to wait very long since the main stage rotated allowing bands to play one after another in quick succession. Before the set started, lead singer Keith Morris wanted to remind us how confused he was that his band was playing AFTER the influential Buzzcocks and that he had the upmost respect for them. 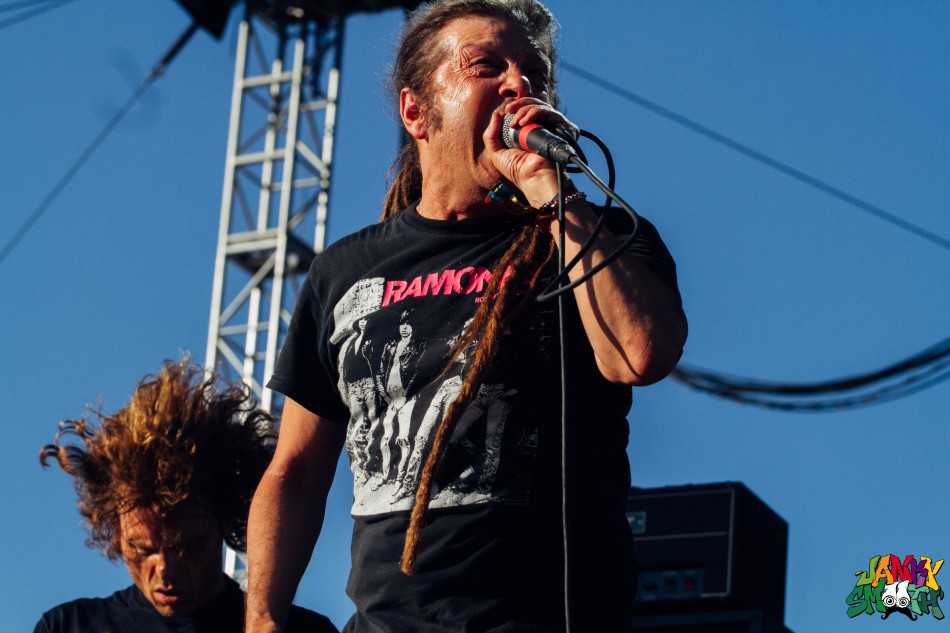 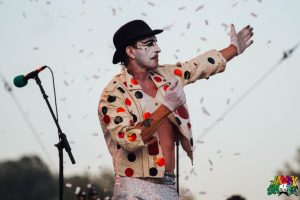 As OFF!’s set came to an end, the stage once again began to rotate, revealing The Adicts already in position and ready to go. As the first song came on, Monkey raised his arms up in the air revealing a colorful set of wings as sparkling playing cards flew up in the air scattering amongst the crowd. Their set was filled with amazing theatrics such as costume changes, tons of confetti, and whimsical dancing. Towards the end of the set, numerous inflatable beach balls came flying out from behind the band and into the crowd.

I decided I needed to take a small break from the music and glaring sunlight to check out the art installation at the Art’s Not Dead tent. I wandered around looking at all the inspiring photographs and paintings before stumbling across my friend and fellow Orange County Photographer John Gilhooley. We chatted for a bit as I snapped a quick portrait of him in front of his booth before quickly running back to the main stage for the dance party that was about to unfold. 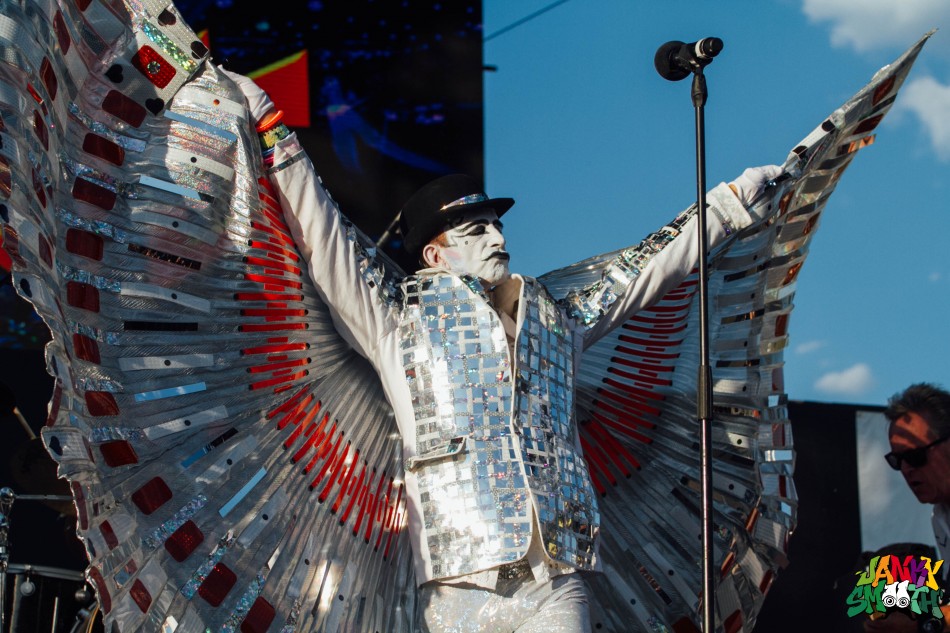 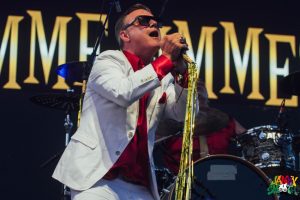 I had never seen Me First And The Gimmie Gimmies play live despite the fact that I had been listening to the band since their first album, Have A Ball, was released in 1997, so I was undoubtedly excited for their set. The sun had finally begun to set, creating a perfect atmosphere for the band to play punk renditions of classics such as Cher’s “Believe“, R Kelley’s “I Believe I Can Fly” and my personal favorite Billy Joel’s, “Uptown Girl“. Between each song, Spike snuck in his signature banter and even threw shade at Fat Mike for not being on stage with them and always, without fail, said “This next one’s a cover” before each song. 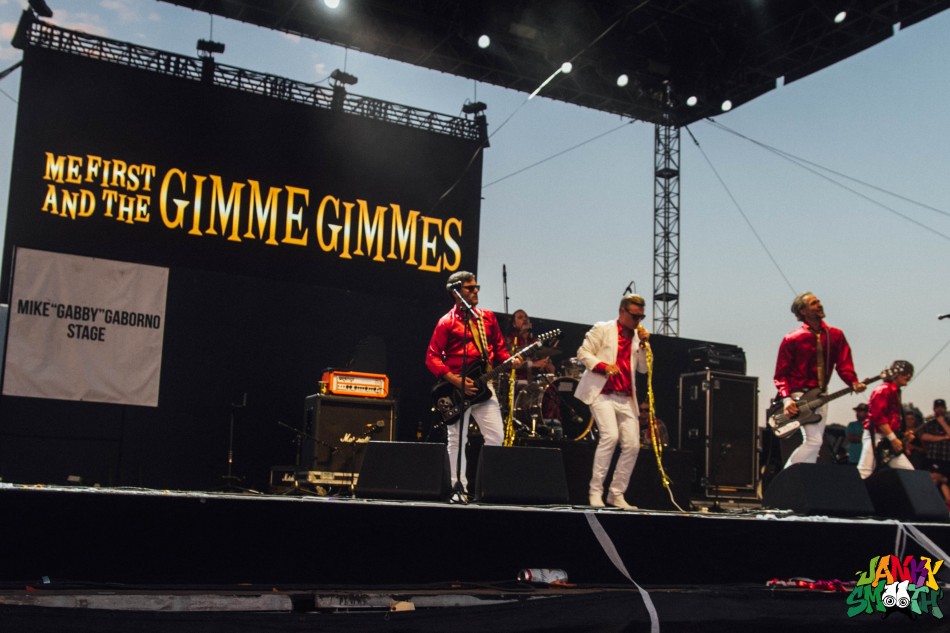 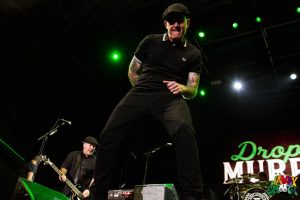 After Me First In The Gimmie Gimmies, all the side stages were shut down for the headliners, effectively causing the crowd at the main stage to double in size. It also brought about the biggest lull of the day during the prolonged wait time before Boston’s Dropkick Murphys  finally hit the stage, as an Irish hymn was being played over the speakers before slamming into their opening song “Bar Room Hero“.  After my time in the photo pit was up, I made my way towards the back of the crowd before snaking my way through for a slightly better view.  I came into a clearing and parked myself just in time to see the band introduce their producer onto the stage, acoustic guitar in hand, for a special rendition of “Rose Tattoo“. During “Johnny, I hardly Knew Ya“, the small clearing that I was standing in slowly but steadily turned into a circle pit, as I moved a little off to the side. It was mild enough to allow a father to jump with his child hoisted up on his shoulder but was slowly starting to pick up. Normally, I’d jump in and join the fray but I was carrying loads of expensive camera gear and I didn’t want to risk damaging any of it but as soon as “The State Of Massachusetts” began I couldn’t helped myself. That same energy carried through during “Shipping Off To Boston“. Thankfully none of my gear was damaged. 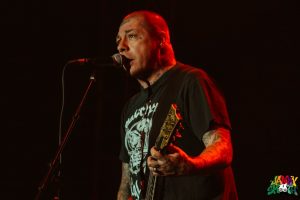 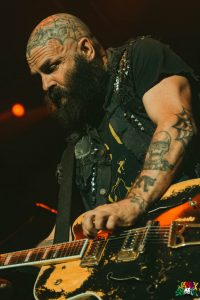 After an amazing set by Dropkick Murphys, the night was to be rounded off by punk rock mega giants Rancid. Tim Armstrong kicked off the set with a spectacular rendition of “Radio”. The rest of the set was filled with classics such as “Roots Radicals“, “Fall Back Down“, “Time Bomb” and “Journey To The End OF East Bay” By before ending their set with “Ruby Soho“.

In my opinion, It’s Not Dead 2 was a huge success. I don’t think I witnessed a single technical failure and every band I saw absolutely shredded. Seeing the amazing turnout of families really showed that there will still be a strong presence of punk in the coming generation. Seeing that many kids at a festival really cemented the message that punk its definitely not dead  and I can’t wait to see what will be in store for the future of the festival. 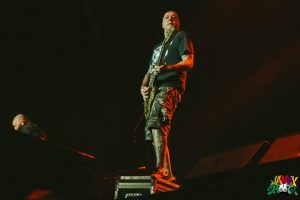 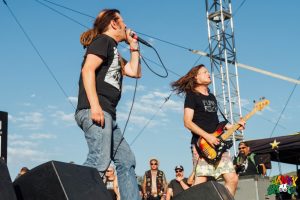 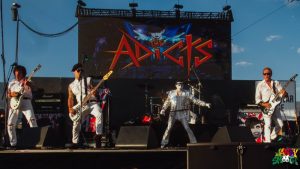 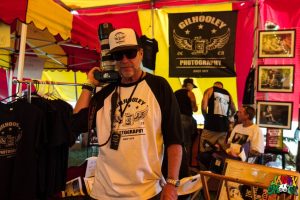