On a cold Thursday night when January’s torrential flood had finally let up over Los Angeles, the band, Deerhunter brought in the eve of their newest album, ​Why Hasn’t Everything Already Disappeared?​ ​Deerhunter’s atmospheric presence mesmerized the excitable, full house at The Lodge Room in Highland Park. Opened by Confusing Mix of Nations, a New York and Los Angeles based duo with spacey vocal melodies and harsh, analog dance beats, the night was an exploration into sounds both vast and aggressive. Deerhunter’s unpredictable and provocative performance spoke to the experimental nature of the Atlanta based group. Among the haziness of several esteemed favorites such as ​Halcyon Digest’s​ “Helicopter” and “Desire Lines” ​(2010)​, the band launched two new songs for the very first time before the keen, Los Angeles audience. The penultimate track of the new album, “Plains,” was revealed mid-set. Synthesizing the cutting rage of​ Monomania (2013)​ and the wandering popiness of​ Fading Frontier (2016)​, “Plains” left the crowd transfixed as frontman Bradford Cox delivered the playful melody and unsettling lyrics with a tangible confidence, stepping away from the mic stand.

Instead of moving along passively after the cheers of approval for “Plains,” Cox, a mystical sight under the foggy lights, reached divergently across the audience/performer divide and checked the pulse of the group before him:“So…did you miss the reverb-y guitar? Or do you think that I should just dance a little more?”

The crowd’s voice rose into a buzzing blur when finally an autonomous decision was reached, Although “Plains” received a second live debut in this back to back performance, listeners remained equally enraptured the second round through.

This unique moment in performance eluded to the determined spirit of Deerhunter as a group to remain both self-reflective and open to the environment around them. Whether creating budding material or breathing a fresh perspective into their seasoned melodies, Deerhunter’s music managed to remain equally as pertinent to the intimate, Los Angeles hall in this gasp of time as it has to an expanse of communities and spaces throughout the band’s several years of prosperity. At one point in the show, Cox reached into the crowd to shake the hand of a ten-year old boy named, “Jack.” Cox made sure that his new friend had heard all of the songs that he had wanted to, admiring his youthful company.

The show left the crowd with one last glance into the world of ​Why Hasn’t Everything Already Disappeared?​ with the premiere of the album’s final track entitled “Nocturne.”​ ​However succulent the sounds of their latest songs may have seemed, Cox’s bleak lyricism on both “Plains” and “Nocturne” spoke to a rather dismal reality yearning to be acknowledged if the listeners might dive in. 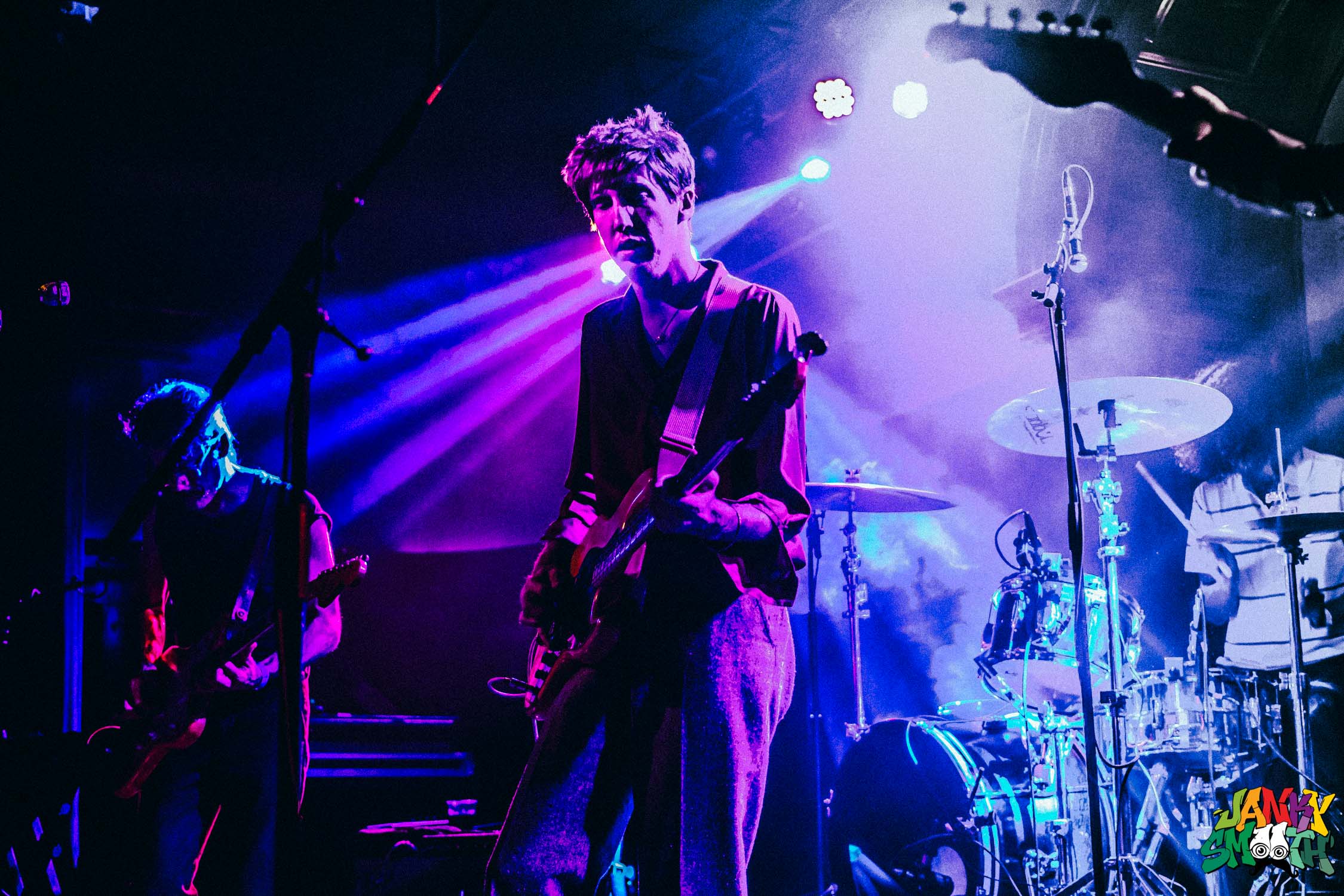 The band was summoned back to the stage for a three-part encore and the room readily sunk into the soft comfort of “Agoraphobia” and “Cover Me Slowly,” finally fading out with an improvised version of “He Would Have Laughed” due to pedal malfunctions. Cox lightened the mood while he troubleshot asking “Jack” if he knew what to do and muttering, “I will not have a panic attack.”

Deerhunter boarded a plane to Japan the following morning at 7 A.M. with the promise to return to Los Angeles after their travels, and deliver a further evolved performance of their new work that is much anticipated (and yet to be determined).