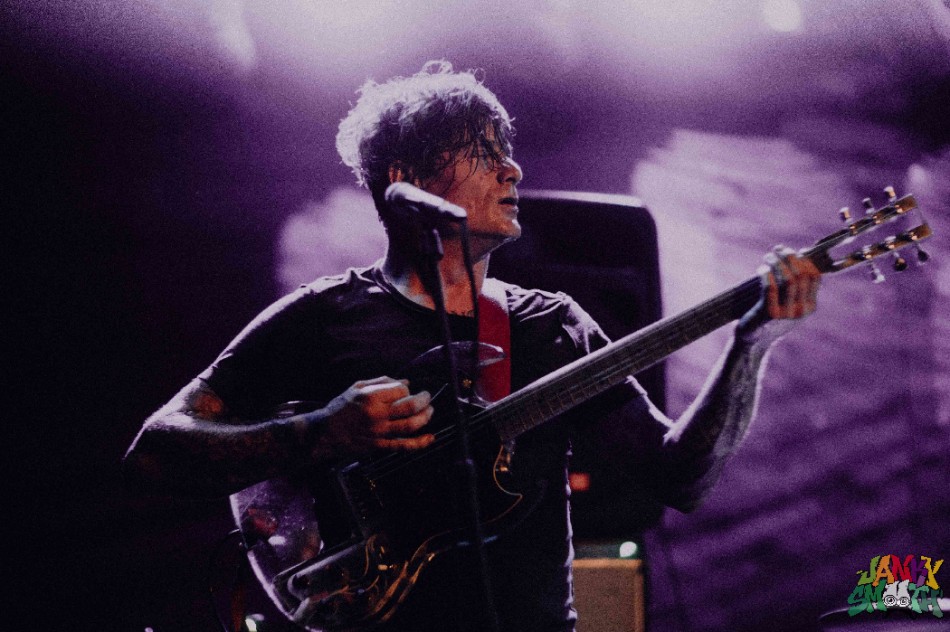 Thee Oh Sees-  AKA, the hardest working band in the global music underground in the past decade. I swear to punk rock gods that these guys are on a world tour 365 whilst simultaneously putting out consistently great records. How do they do it? The annual Panache Booking/LA Kitchen Holiday Homeless Food Drive took place in dirty Downtown Los Angeles at a very special venue that goes by the name Teragram Ballroom, we here at Janky Smooth have become familiar with over the last year or so. 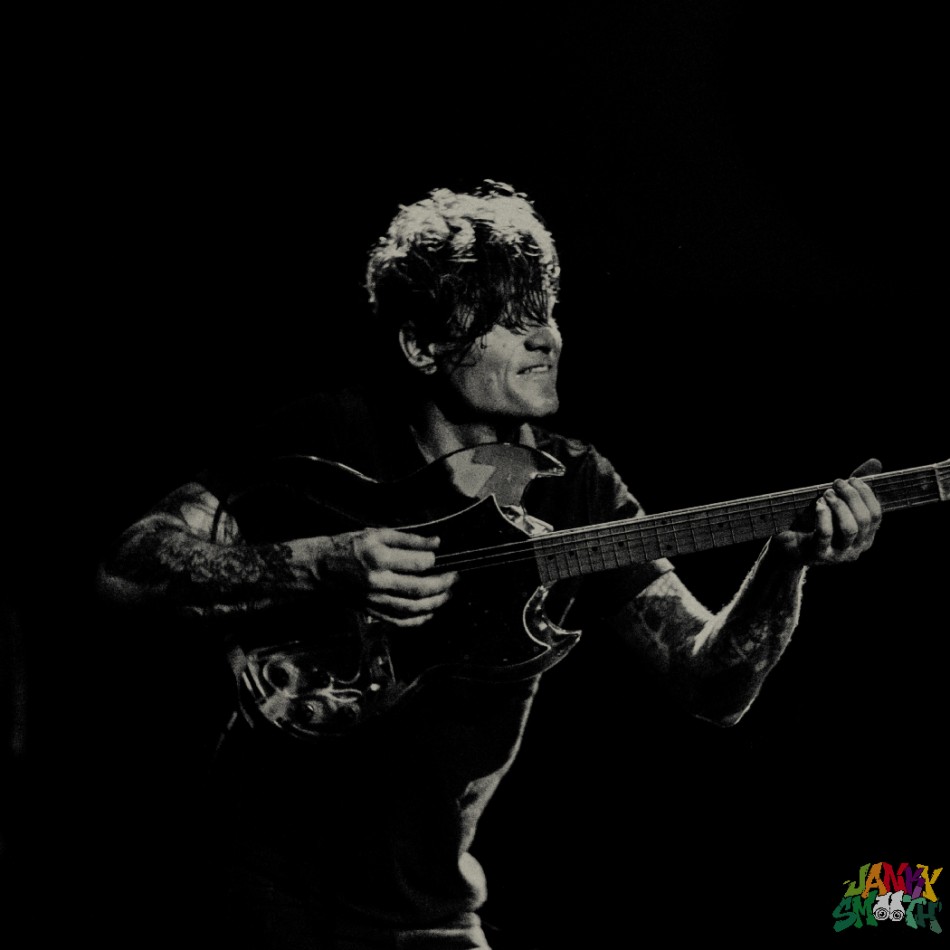 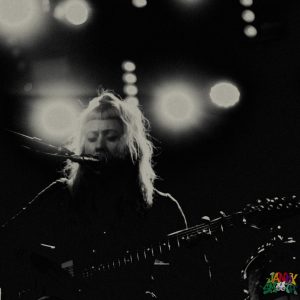 Shannon Lay of the well established (and well ranked in Janky Smooth’s lists of Best of 2016’s) LA outfit, Feels opened the the show with a calm before the rage, as categorized by Lay herself. Lay coaxed the crowd with melodious chord progressions and beautiful melodies before the proverbial storm that was about to erupt, which juxtaposed the evening in the best way possible. I enjoyed the set, the atmosphere and the mildly depressing key of her music evoked some very strong emotions that challenged my fragile masculine intuition, and that’s a good thing.

Wand did a fantastic fucking job at tying up the set together to make it sound like they just picked up their designated instruments and performed one very long, very intensely awesome song. The set was a roller coaster for all parties involved. For the crowd, for the staff, shit, even for the dude who was doing key bumps in the bathroom during their set. Just when you thought they were finished with the song, they’d turn the volume up to 11 and jump right back into it again. It’s always an experience seeing Wand. Last time I saw them was when they opened up for Mac DeMarco at the Fonda Theatre back in 2014, you know, before he sold his soul to the Pitchfork™ demons and all. I rate these dudes ten out of ten and would break my neck head banging my ass off, again- anytime. 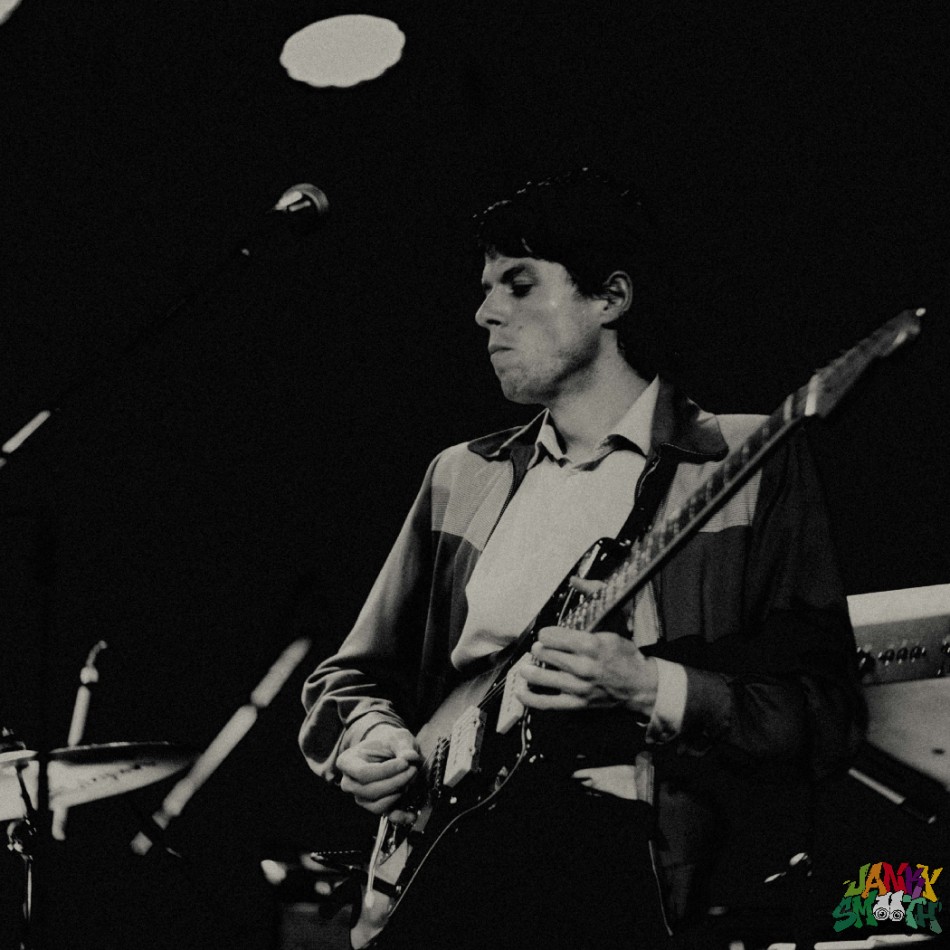 Thee Oh Sees have been hit with that typical “wall of sound” related labels way too often for me describe them as such, but it IS the most accurate description one could come up with after sitting through 45 minutes of John Dwyer’s signature, Roland RE-201 Space Echo dotted delays and thunderous distortion. The fast jams came with the occasional slower 70 BPM slowdowns to pacify the positive disorder that takes over the pit. Dwyer does an amazing job at physically showing you what his music makes you want to do with his spastic upper torso movement and that scary tongue thing he does (seriously scares the shit out of me). I’ve seen Oh Sees many times and at the Teragram Ballroom alone there have been a handful of shows, always with incredible opening bands such as, Ho99o9, Fuzz and Head Wound City, to name a few and THIS show turned the intensity knob, both on stage and in the audience  to levels I’ve yet to see in a non hardcore setting.  The vantage point from the balcony gave me a birds eye perspective on the sea of mosh manipulating and lovingly manhandling the boys and girls getting swept away by a tide of sound and flailing bodies.  It just looked like almost the entire floor was a rippling and raging ride.  It wasn’t a circle pit.  It wasn’t a pogo or even an ounce of aggression.  Just waves of kids that seemed like they were randomly being carried off on a crest of some angsty wave of stoke.  It was surreal.  The moment of the night actually came during the downtempo tune off Mutilator Defeated At Last, “Sticky Hulks”.  The soothing synth allowed us all to chill for a minute before being swept away once again. 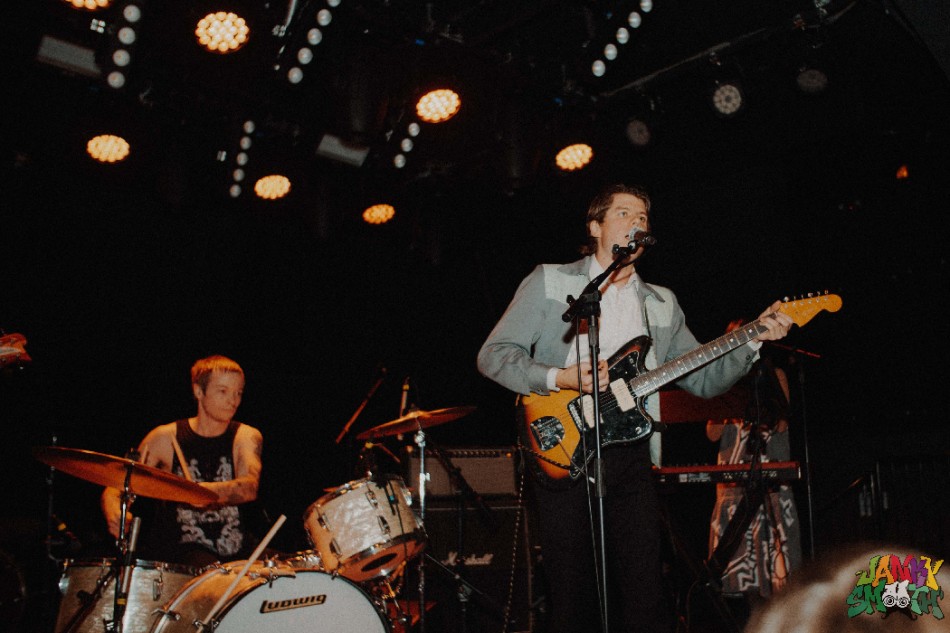 On this night, I was actually super excited to see Wand since it seems like I’ve seen Oh Sees 37 times in the past few years and for that, Wand rewarded me with a set of rock virtuosity.  But in the end, Thee Oh Sees played one of the best shows I’ve ever seen them play and not only did we rage but our presence insured that the homeless population of Los Angeles get a few more square meals in their bellies and good karma in our hearts.