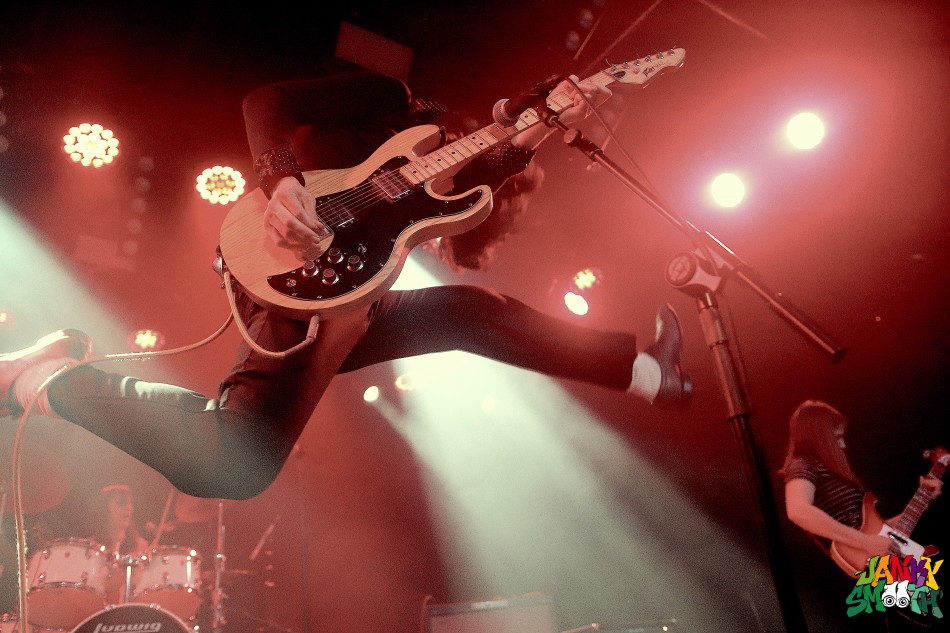 Looking for parking in Los Angeles is something you spend a lot of time doing. I was on my way to see The Lemon Twigs and glad I had left early. As I cruised the streets looking for a spot to put my car, I ended up in my teenage neighborhood. Fitting, as the band I was about to see just graduated from high school. Lucas and Maryland was a pretty rough area back in the day but now was starting to look more like Los Feliz twenty five years ago, with it’s own nightlife strip just three blocks South on Wilshire. The outstanding difference between my teenage years and the ones the Lemon Twigs have led is that my friends and I spent most of our time drinking and talking about what we wanted to do, the Lemon Twigs have simply done it.

The Lemon Twigs are that band who should not be where they are at their age. The first time you hear their music you think, ‘Yeah but who’s really writing these songs? Who’s really playing them? There is no way this could be the work of a seventeen and nineteen year old,’ but it is. They have it all- songwriting, musicianship, lyrics, the right look, innocence, humor and complexity. They are a paradox though. How can two young men play so well technically, while at the same time making it sound so natural and passionate? How can they write such a layered debut album without years of albums more basic leading up to it? The answers to these questions start to become clearer when you understand their musical family history, but at the same time, that wouldn’t do justice to what they have been able to achieve on their own. The amount of raw talent they have is staggering, but how refined it already is at their age is nearly unbelievable. I think the real answer is actually more about being really into what you’re into, being exceptionally gifted, getting a very early start and going all the way with it as a lifestyle. 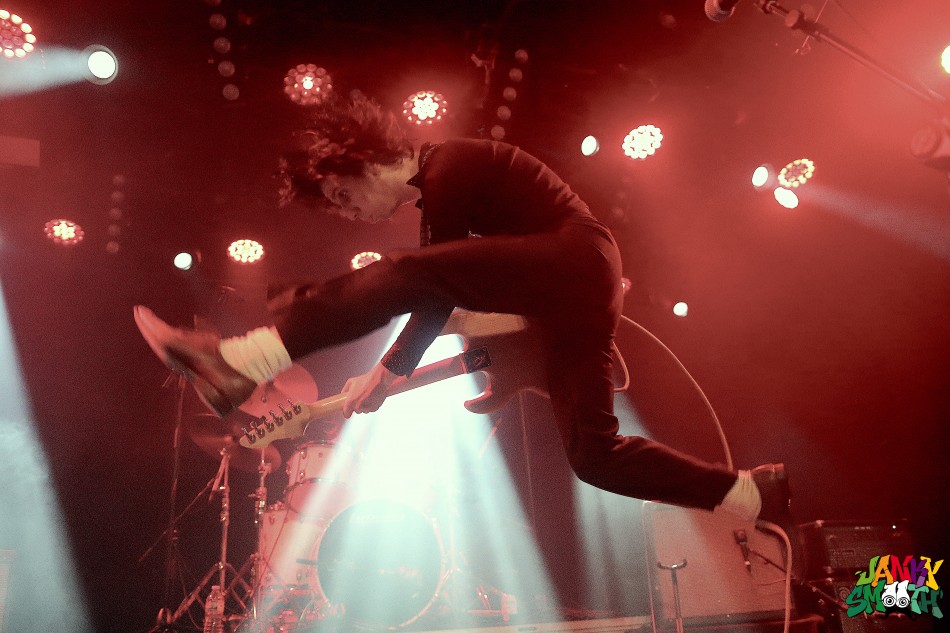 The biggest compliment a musician can get is who comes to see you play. As I arrived at the show I immediately recognized some of LA’s stand out talents like Weyes Blood, Sophie Negrini (from Peach Kelli Pop/Janelane) and Lee from Burger Records. The heavy hitters weren’t going to miss this performance. I would later hear Sophie even proclaim, ‘This is the best live show I have ever seen.’ 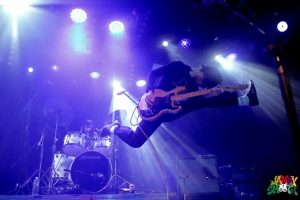 As the concert began, the first thing I noticed was how much the Lemon Twigs are able to achieve live with only one guitar player, who also happens to be the lead singer. Being able to play lead guitar and rhythm at the same time and sing without it getting muddy or lacking melody is something often achieved by only the most seasoned musicians. They are anything but seasoned, yet they seem to intrinsically know things it takes other musicians years to digest and implement.

The next thing I noticed was that they sounded even better live than their near perfectly recorded album. Yes, their vocal harmonies, lead guitar playing and drumming is even better live, even more in tune and more powerful. In an age where musicians spend years auto-tuning their albums note for note, but then are never able to reproduce that live, this band can and does.

The Lemon Twigs began their set with the opening track ‘I Wanna Prove to You‘, off their debut LP Do Hollywood. They played all their big hits (from both the first record and their newest EP) and at one point even said, ‘Now we’re gonna play our hit’ and then busted into ‘These Words’. They proved they were right as the crowd bobbed up and down in unison chanting every line. It was pretty amazing to witness all those who had come out to support span several generations; even parents with their preteen and teenage kids. The biggest surprise of the night came when they played the Jonathan Richman cover ‘You Can’t Talk to the Dude’ so good and energetic, even adding in a perfectly constructed guitar solo not on the original track. Their sound was overall very layered and intense. It was pop music for sure, but way less predictable, lots of sudden changes and modulations, it was prog but not cerebral, it was lovable math. The biggest take away was the intensity they brought with each song. Most people have compared them to The Beach Boys and The Beatles and, while true, they are amazing singers and songwriters, the element of humor so present in their lyrics and stage presentation reminded me much more of The Kinks with the complex anthemic orchestrations of a band like Queen. 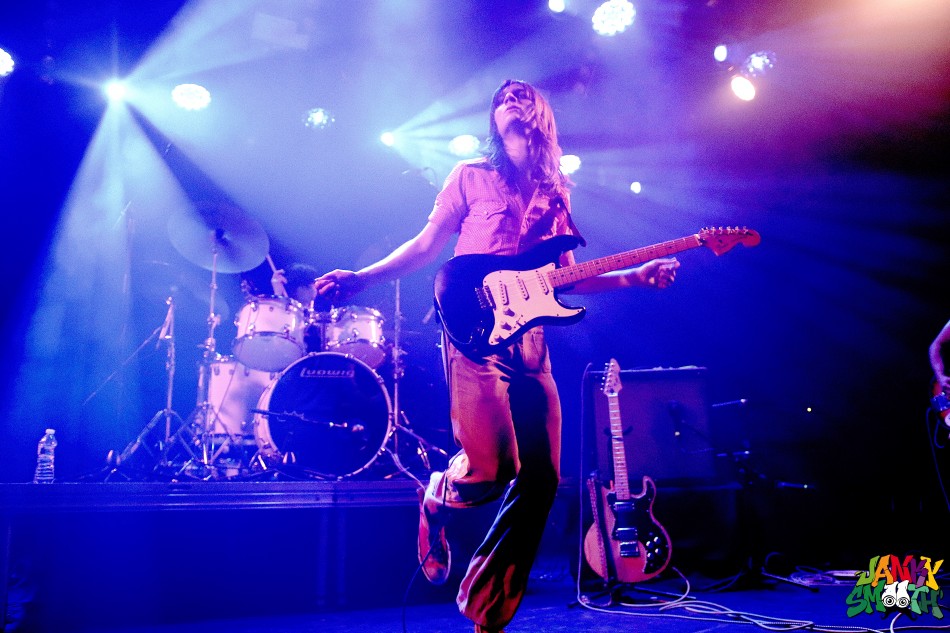 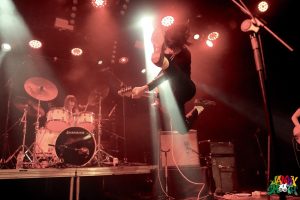 The Lemon Twigs are a tale of two brothers. There’s the older, well-groomed, dependable, precise, moderate, sentimental, ‘good’ brother and then there’s Michael. Did you ever read the Herman Hesse novel Narcissus and Goldmund? It’s about two best friends who are opposites, but who love each other and eventually save one another. However, it’s really just a metaphor for the two-fold nature of all people – the wild untamed self and the structured predictable self. This band is that. The brothers difference and their love combined is the magical alchemy that creates the bands chemistry, but could also be it’s undoing. While Brian pretty much looks and behaves the same every time you see them, Michael has already had four or five different looks. The make up is getting thicker every show; his exuberance and melodrama is also getting thicker and the beers might be flowing a little more by now. It’s hard to tell what is an act and what is becoming an alter ego of sorts. If not kept in check, the near seemingly perfect symbiosis could start to experience some rough weather. It’s the oldest tale in music; what makes you great as an artist eventually pushes you off a cliff. But for now it’s what still makes them great and exciting and while Michael is clearly the funny, more unpredictable performer, I’m secretly worried about him. He could be the next Iggy Pop, but will he survive all the pressure that demands life imitate art? In other words will his stage act cross over into his personal life?

Many of us touted 2016 as the worst year ever for music deaths when we lost Prince, David Bowie, Merle Haggard, Leonard Cohen, Leon Russell and George Michael. But the one thing that no one contemplated as they lamented the passing of such mythical souls was what it might be making room for. 2016 wasn’t so much an ending as it was a changing of the guard. I am completely convinced there is no ceiling to what the Lemon Twigs can achieve. They have a lot more going for them than any of the people I just mentioned had as teenagers. But…will they survive their own creation? Will their difference as individuals eventually push them apart or will it continue to be their greatest asset? They have the musical maturity but they’re still kids really and there’s a lot of growing up to come. We will just have to wait and see if the path they are on brings wisdom as they experience the reality of being touring musicians.