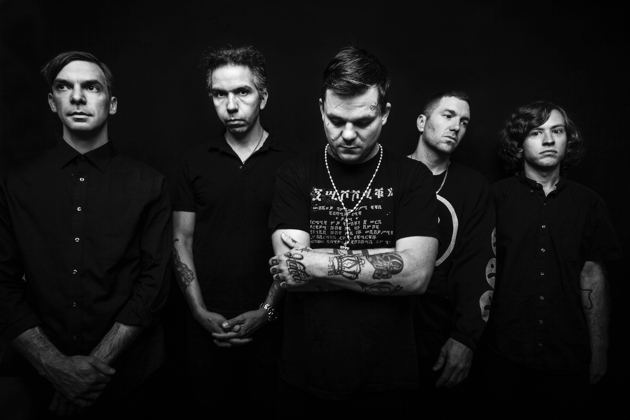 A truthful and cathartic conversation with Tobias Grave of Soft Kill will open your eyes to the hardship of addiction, loss and triumph, and demonstrate what it takes and what it is to create music in today’s society.

AK: Your atmospheric melodies hark back to post-punk and dream pop of the early ‘80s and ‘90s. As a result of this, do you attract a broad age range of listeners?

TG: We do seem to have a diverse range of people into what we’re doing. I think something that gets overlooked is how big some of those bands got and that we foolishly look at the core fan base of any genre as kids in black boots, jeans and band tees. It’s cool to have people of all ages, backgrounds and walks of life appreciate what you do, especially since we aren’t goths or punks in the corny aesthetic sense of the word.

AK: Although your influences are countless, some being The Chameleons U.K., The Sound and Spacemen 3, your musical constitution is precise and concise. What qualities and themes are you the most allured to as listeners, and thus interested in creating?

TG: A couple things draw us to music in general. Being locked into a trance based off repetitious grooves and melodies ala SP3 or kraut rock has been a staple of our earlier material. Changing one element like the vocal melody or lead guitar and keeping the rest the same is a nod to that for sure. The Chameleons mastered two guitar interplay which has been much more important to us than bands we get pigeon holed as being influenced by. Vocalists like Adrian Borland we’re masters of forcing their audiences to hold and examine the emotional weight of their words. You believe them, and that became important more and more as we grew as a band and it’s been a while since I wrote anything nonsensical lyrically as a result. Lastly we really love dance music… from the more obvious bands who exist within a similar framework to straight up 80’s and 90’s club bangers. Smashing all of this stuff together is what we try to do.

AK: What I find interesting is the similar weather patterns between the Pacific Northwest and the U.K., where a lot of your favorite bands made music. Both areas are home to breathtaking scenery, but at, what some would consider to be, a cost: gloomy weather. Do you think you and your non-contemporaries channeled that melancholic ambience into music?

TG: This gets asked a lot and it’s hard to answer because it doesn’t really play a role in what we do that I can tell. Maybe subconsciously? The first record was written in California and most of the second album was Chicago and Portland during the summer, which is as sunny and perfect as you could imagine. In my opinion, the UK is far more gloomy and depressing if you let it affect you that way. It’s hard not to assume that sociopolitical aspects of living there played a huge role too, not just the weather. Portland, if you can escape the drugs and life on the streets is a very idyllic place to exist. You can pretty much do and be what you want, although people have started to do that at the expense of others, as gentrification and outside influences are changing the landscape more and more each day.

AK: Gothic literature and music share many elements, such as the grotesque, decay, tragedy and romance (e.g. Chameleons U.K.’s “Swamp Thing” or the Cure’s “Disintegration”). Simultaneously, post-punk’s resurgence started back in 2001 with Interpol and has grown steadily to what it is today. What is it about this generation, and why do we resonate with these ideas?

TG: I don’t think I personally do, and I’d like to speak for the rest of the band in saying the same but maybe I’m missing the perception of our art by others since it’s all subjective? The tragic elements in our songs are almost entirely based around living with addiction, losing friends to that monster and these streets and my own relationship with the disease. Crime and prison themes shine through a lot too and people have joked that we have more in kin with gangster rap lyrically than goth which I love. These are not love songs outside of a couple demo tracks that ended up on an early tape called “Circle of Trees”. Love is grand, but losing it seems insignificant compared to other tragedies of life. Plus plenty of people have love and breakup songs for you to catch butterflies on the dance floor to haha. 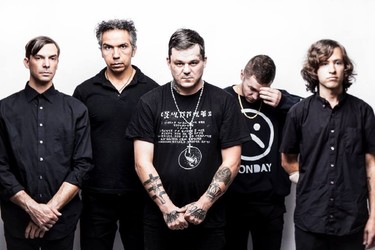 AK: On Just a Body, you cover Robert Palmer’s “Johnny and Mary,” a critique of politicians and the games they play. How does it relate to the rest of your EP?

TG: Upon hearing that song years and years ago Owen and I joked about covering it. Finding the motivation to do so always takes something else. For whatever reason dissecting the song and laying out the math of it aka this part four times, this part two times, etc drives me insane. I’ve never picked a cover based off the subject matter fitting the rest of the material but then again no cover has ever made it onto a proper album which is the only format we spend a lot of time conceptualizing the flow of material wise. When I hear the lyrics to that song I think of my wife and how she has had to deal with some of my ups and downs.

AK: I’ve heard the term, “soft kill” has many different connotations: the first being a divide-and-conquer tactic in war, and the second being an ominous phenomenon involving the slow killing of civilians by means of withholding information. Is your band’s name in direct relation to this, or do they have two separate meanings?

TG: The former was the basis, but it was chosen because the name was bland and ignorable. I have said before how much I hated the name and that it just recently has grown on me enough to where I’m at peace with it. That said I randomly will say the name out loud and laugh or cringe depending on the moment. I’ve always loved the names of other bands I’ve done/still do more even though I devoted 99% if my time to this one. Secretly I wish I could swap them out but band names are kinda stupid no matter what.

AK: Mr. Grave, your moving album, Savior (2018) was created during a very difficult time, in which the lives of your loved ones were put into jeopardy. Was it cathartic to channel those feelings into music, and does that album hold any special meaning to you?

TG: Writing that album kept me clean during a time where I wanted to use drugs and die. I was completely unprepared to deal with the onslaught of emotions that arose from watching my child fight for his life, especially when you’re incapable of doing anything but pray. My partner Nicole was in quite a bit of danger the first two days too and for that moment it seemed as though maybe I’d lose them both and have nothing. Sadly, due to being so immature and new to this world (which is how I view being sober for the first time), I felt maybe I deserved this and that it was punishment. Breaking that self absorbed mentality and facing reality through strength and prayer was integral to me picking up a guitar and writing most of the material that became “Savior”. I really don’t like to think too hard about its subject matter as it still feels fresh.

AK: What would you like Soft Kill to be remembered for, and why?

TG: Persevering through a lot of unnecessary bullshit and doing what makes us happy. If people love it, that’s a great bonus. Planning something that will help give back homeless addicts still struggling with what I’ve been fortunate enough to escape thus far. More info on that as it comes together. Thanks for reaching out.