JD McPheerson is a rising star, blazing with acclaim from artists, critics, and fans alike that see his music as the revival of classic rock and roll. And by rock, I’m talking about old timers like Chuck Berry (RIP), Little Richard, and Jerry Lee Lewis. The moment I heard “North Side Gal” was the moment I heard the potential for a real phenomenon and moment in music to occur. I can best describe the moment that I’m looking for by comparing it to the kind of fan reaction that Bill Haley and The Comets had when they performed “Rock Around The Clock“. People just went totally ape-shit, it was a total spiritual breakthrough of youth releasing all the suppressed energy that comes with wasted American dreaming. And this comparison isn’t necessarily limited to straight forward rock and roll, in fact the only young band I’ve seen come close was Ceremony performing “Kersed” at Sound and Fury 2016, when the entire audience erupted when the opening notes of the song were strummed and there was one distinct sound that shot up into the air and that was the sound of everyone’s feet stamping on the Regent’s floor in a furious, collective CLAP!. 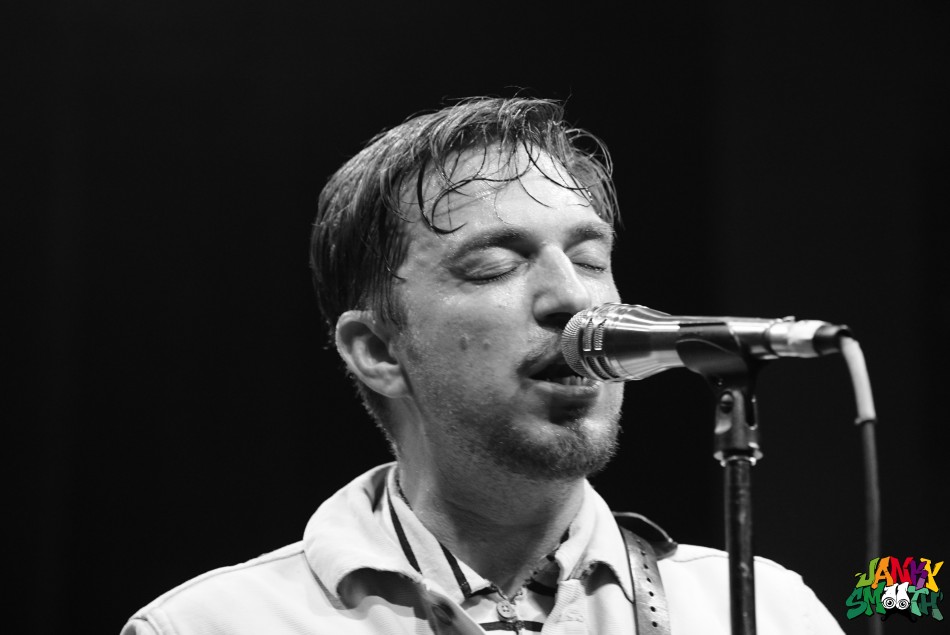 Now that JD McPheerson was playing the Regent himself, hopefully he could summon up a similar vibe in those hallowed halls but sadly I don’t think he quite reached those heights. That’s not to say he was bad, him and his band were actually incredible, playing with so much jive and swagger from the upright bass to the saxophone to the guitar and pian’r. You could see everyone in the audience twist their bodies to the same rhythm, shifting to the left all at once like a wave. This is music from a time long past yet by the looks of the people in attendance, it can’t be completely evicted from its place in any American heart. 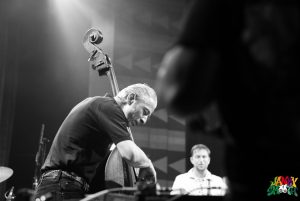 The set was filled with vintage bangers and a few songs off his new album, currently ranked number 1 on the Americana charts, Undivided Heart And Soul. JD invited Nicole Atkins to sing the title track off that album with him and good lord did that get the crowd rattle-n’-rolling.

Once McPheerson’s set was finished, the stage belonged to Nikki Lane. I first learned about this new outlaw country artist from Noisy’s recent Under The Influence documentary How Outlaw Country Keeps The Independent Renegade Spirit Alive. Her appearance in the doc made her seem much more in-touch than anyone in the arena country scene that dominates the radio in the flyover states. I don’t really consider those groups country though, not the same way I consider Nikki Lane country. It’s as if outlaw country, which was always considered left of center from the genre, is now the only authentic country music. And with that you have all sorts of fakers trying to fit into the outlaw genre, not Nikki though, neva Nikki. 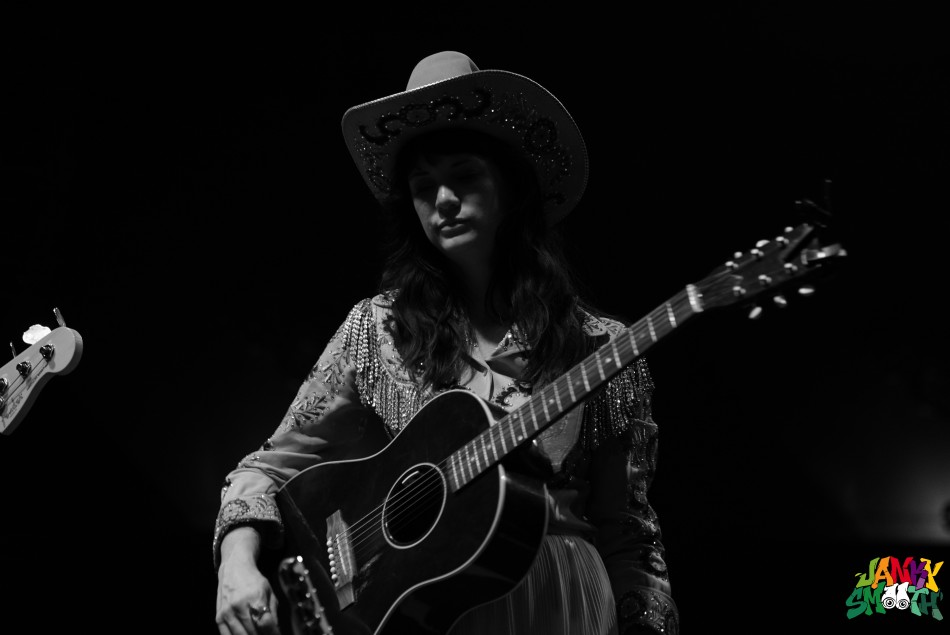 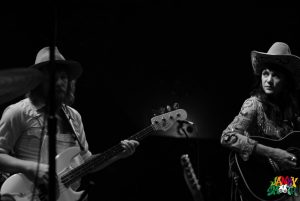 She got on stage with a big band of bearded men all dressed in white, while she was in a white dress and rhinestone covered-gold colored jacket and cowgirl hat. It was the kind of getup all the legends would wear and perhaps, Nikki has the foresight to dress this way to one day go down in the history books beside those legends.

Her voice was hypnotic and her performance was undeniably photogenic, she brought plenty of swagger with her tunes that inspired the women and reeled in the dudes. If she’s singing songs like “Man Up” about her ex-husband where she points out her ring finger then flips him the bird or if she’s singing about hitching a trailer to her beat up car and coming to California with nothing to pursue her dreams, Nikki falls into the old tradition of country music storytellers. It’s no mystery why Nikki Lane is considered a precious gem, I’d bet she’ll go on to become the undisputed queen of the genre, mark my words, ya’ll. 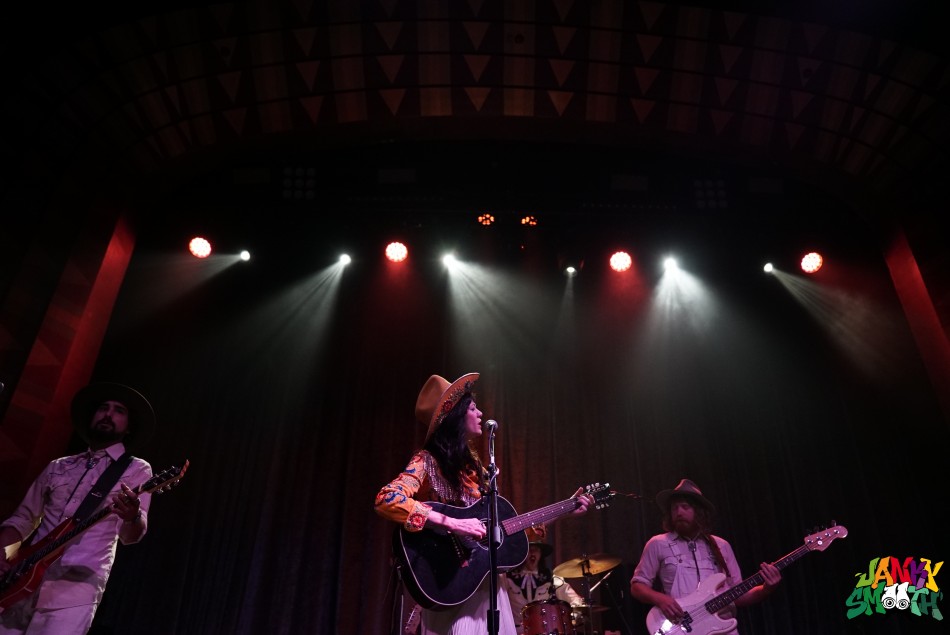 Together, Nikki Lane and JD McPheerson brought home-cooked classic American music to the Regent Theater and made it clear as day that their genres are far from dead. Either artist would garner the respect of the greats who’s shoulders they stand upon.