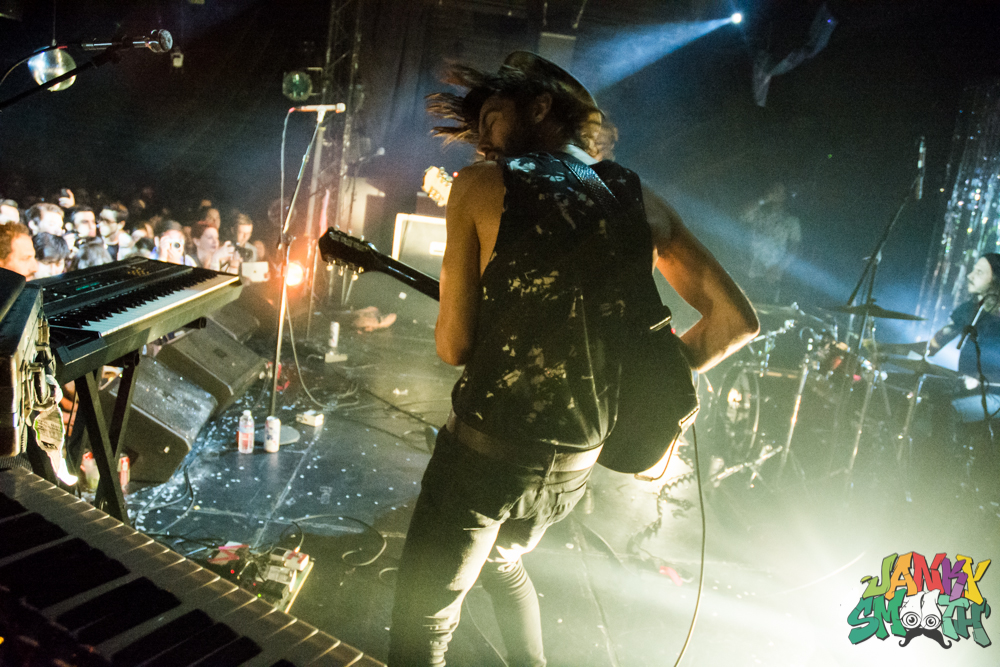 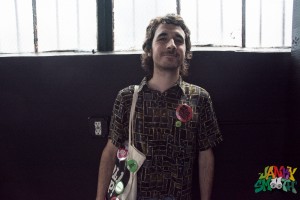 This time last year, I attended the first annual Lolipalooza at The Echo and The Echoplex. I was blown away by the amount of cool, young bands that are coming to and out of L.A. It’s the most amount of fresh, young new music I’ve seen in this city in my entire lifetime, (I wasn’t around for the late 70’s/early 80’s). In the 365 days that have passed since attending their inaugural event, Lolipop Records have not slowed down one bit. The buildings which house The Echo/Echoplex and Lolipop Records have turned into an incubator of fresh, young talent. In this small corner of Echo Park, bands are discovered, recorded, showcased and packaged, all within a 100 yard radius and are subsequently dispersed throughout the globe to show why Los Angeles is the epicenter for music. Wyatt Blair, owner of Lolipop and accomplished musician saw an immense opportunity and took it upon himself to execute his vision and Los Angeles and indeed, the world are a better place for it.

I passed through the gates and through the Echoplex driveway early on in the day. It was muggy and nasty out. The sky opened up a couple times during festival hours which made the much appreciated gesture of setting up misters in the parking lot of the Echoplex unnecessary. 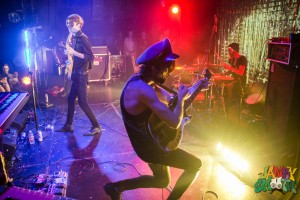 Having covered this incredible music scene from L.A. to Orange County, Lolipop to Burger Records, I have seen a majority of the bands on the lineup multiple times over the last 12 months. Lolipalooza would be an altogether different experience for me, this time around. I predicted there wasn’t going to be much to surprise me and while that theory did prove to be mostly correct, there were a couple of bands I had never seen that caught me off guard and made me take notice. I did find myself wanting a bit with this lineup. Last year’s Lolipalooza had a couple surprises like Dale Bozzio of Missing Persons and the last minute addition of Thee Oh Sees. I know so many people are in love with White Fence but I just always found them a bit average. The back end of the lineup needed some work, in my opinion. 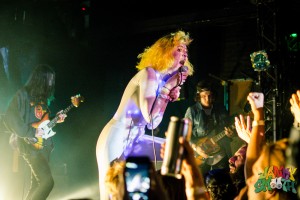 Bands like Corners, Kim and The Created, Psychomagic, So Many Wizards, Feels, Death Valley Girls, L.A. Witch, The Cosmonauts, Useless Eaters, Cobalt Cranes, The Sloths, Santoros, Dante Elephante, Drinking Flowers, Adult Books and Froth are well documented but there were two acts that I had never seen before that I’d like to know more about. One was Liphemra who have actually been around since 2012. They played the Echo early on in the day. This is a four piece band that is helmed by L.A. music scene vet, Liv Marsico. Liphemra have an exceptional rhythm section which is accentuated by Marisco’s frequent use of a standup drum kit, ala Sheila E and their bass player which laces his jazzy bass licks onto and between drum hits. 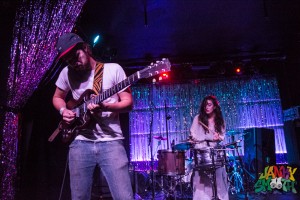 Another act that I kept missing over the past 12 months is Globelamp aka Elizabeth le Fey. This one woman show is both haunting and uplifting. I see why people keep singing her praises, so to speak. Her and her hollow body guitar fill the sound in a room full of such sweet anguish and she is so captivating that you could hear a pin drop during her performance 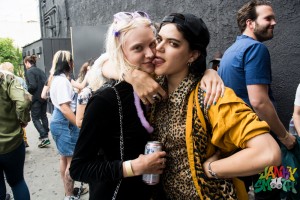 As usual, the young musical aristocracy and fledgling fashionista’s were out in full force for this seminal day in the L.A. music scene. It wasn’t unusual to see both Burger and Lolipop bands not booked for the festival, feasting on the scene. Crochet tops and legless leotards, paisley long sleeved shirts draped with polyester blazers and of course, pre planned, insulated outfits that did not take heed of warm weather reports. I did see most of the members of Mystic Braves and No Parents parading through the venues and found myself wishing those bands were playing this bill but overall, Lolipalooza 2 was a crowd pleaser and I look forward to seeing who the label develops over the course of the next 12 months and a few more surprises for Lolipalooza 3.