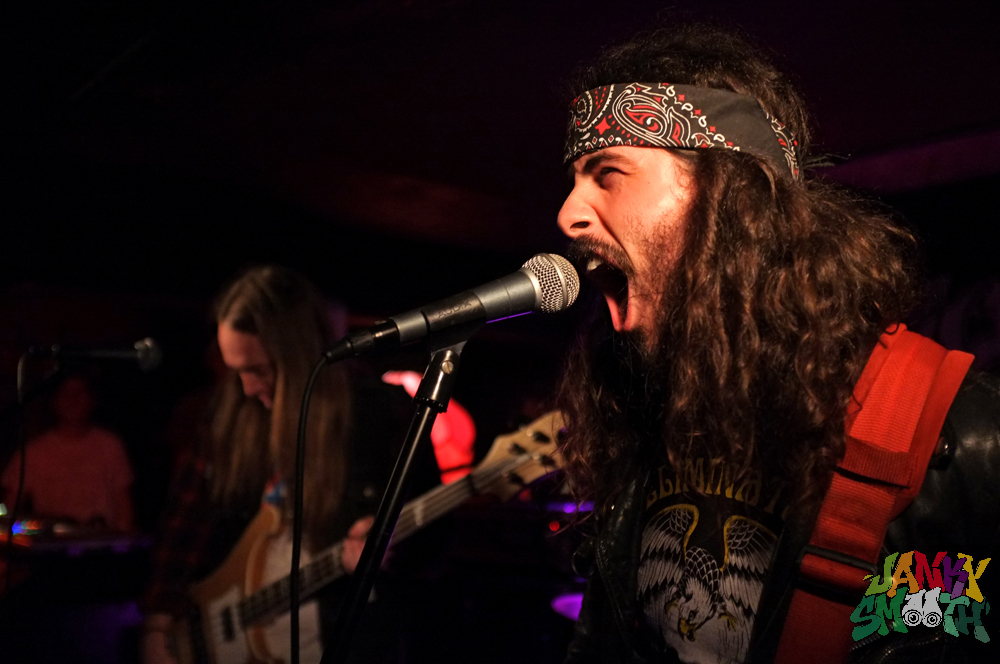 A slew of music devotees inundated the streets of Venice last night as The Shrine supported King Tuff at Del Monte Speakeasy. With the term “speakeasy” in the venue title, it was evident only a limited amount of people would be fortunate enough attend. Red bull Sound Select presented this extraordinary show at a cost that is less than your morning coffee, so it was no shock that hundreds of humans embellished in black stood agog in a line that wrapped around the corner.

As I entered the oldest speakeasy in Los Angeles (Happy 100th Birthday Del Monte), I instantaneously knew I was in for a commoving night. I found myself in a dimly lit room that looked as though it was only capable of maintaining a 100-person capacity. Knowing that The Shrine and King Tuff were to perform in this intimate, yet grimy setting was invigorating. I knew I would soon relive my 15-year-old angsty teenage days, with no shits given and one motive: to enjoy some damn good music. 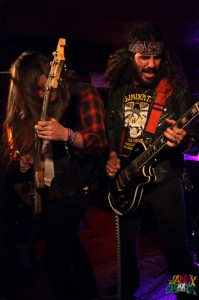 To say The Shrine warmed up the crowd exquisitely would be a complete understatement. They didn’t just warm up the crowd, they melted faces. Ironically enough, faces weren’t the only thing melted as I witnessed hot candle wax drip down my leg after an excited fan knocked over a candle whilst moshing. It wasn’t much of a bother because The Shrine had already accomplished bringing out my 15-year-old self that didn’t give a shit. With combinations of pure rock ‘n’ roll, hardcore and trash, Venice locals, The Shrine, were able to create an incredibly infectious environment. Ending their heavy set with the song “Nothing Forever”, industrious singer and guitarist, Josh Landau crowd surfed his way across the room with his guitar in hand. 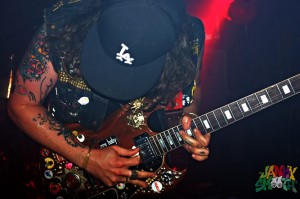 The smell of BO was prominent in the air as evidence that this audacious crowd was certainly ready for King Tuff. Between sets there was a literal hype man. It is not often a third party comes out to announce the next band in a small venue. However, it seemed to only contribute to the high-energy that already existed in the room. As King Tuff began their performance, a plethora of eager fans gravitated towards the front of the stage. Soon after, mosh pits commenced and unanimous head bobbing occurred. Immersing us in their garage rock and psychedelic sounds, it was more of an effort to stand still than to groove, even in a room that was as tightly packed as my stomach in jeans after too many beers. The crowd went particularly wild as the deliciously sexy guitar riffs of “Black Moon Spell” filled the room. Later, bassist (and keeper of an amazing 70’s porno mustache), Magic Jake, delivered his pristine whistle solo to “Eddie’s Song”. The entire performance was nothing short of amazing, and it was obvious the entire room agreed. 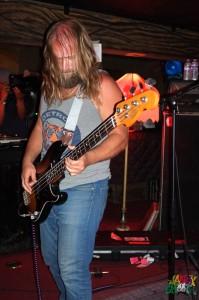 With distinct vocals that are easily identifiable and enticing guitar riffs, this trio of incredibly talented musicians provide your theme song to anything you are doing that is totally badass.

In an exuberance of spirits provoked by an eminent performance, I was able to dismiss the reality that I left the venue looking like death and smelling like a combination of foulness. This was all excused by the simple fact that my mission was complete – I had just enjoyed some damn good music.