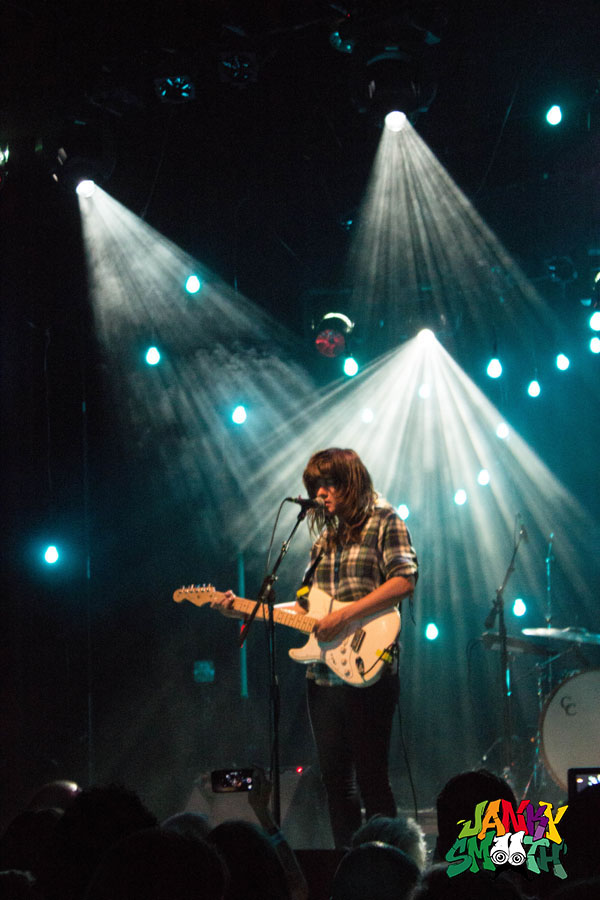 Last night at the El Rey might’ve been the best night of Red Bull Sound Select’s, 30 days in LA, so far. Even though the lineup was a bit mismatched, Courtney Barnett, San Fermin and Phox all brought something beautiful and completely different to the table.

Phox, from Baraboo, Wisconsin not only brought all the small town charm and quick wit that lead singer Monica Martin could muster but they also brought some complex arrangements and made them seamless. There is a great chemistry in this 6 piece band that undoubtedly comes from their long time connection to each other.   They attended the same high school and now all live together in the same house in Madison, Wisconsin. Fresh off a performance on the Conan O’Brien show and a trip to Disneyland, they were the first band to take the stage on Tuesday night and showed us all why comparisons of the band range from Feist to Fever Ray. Any band on this bill could’ve easily headlined the night, including Phox.

Next up was San Fermin. Just wow. San Fermin is the brainchild of composer and keyboardist Ellis Ludwig-Leone; A true prodigy. I didn’t know much about this band before seeing them last night but I have been seeing and hearing their name here and there and I expect that buzz to continue to swell. Ludwig-Leone has put together an arsenal of compositions and performers that are as powerful as they are subtle, at times. There are true dynamics to this band and it’s music. I was sold immediately upon seeing that they had a Baritone Saxophone player named Sam Chen that would make fans of the band Morphine swoon. This band features 2 lead vocalists. Allen Tate has been with Ludwig-Leone since the formation of San Fermin and can toggle his vocal style between complex, R & B like chops to a much simpler, dumbed down and melodic tone. Whatever the composition calls for. Charlene Kay is a newer addition to the band, having replaced original, touring female vocalist Rae Cassidy in April of this year. She is also quite powerful and charismatic and every member of this band commanded the attention of the sold out audience at The El Rey last night. Violinist and Vocalist Rebekah Durham‘s contribution is understated but vital.  Trumpeter John Brandon took his brass and ventured off the stage and into the audience while laying fat, powerful textures and leads over the deep baritone sax.  It’s hard to call anyone a lead anything including the jazzy licks of guitarist Tyler McDiarmid and drummer Mike Hanf.   It’s difficult to compare this band to anyone. Typically, within seconds of hearing a band I start into a litany of, “They totally remind me of Sigue Sigue Sputnik mixed with Led Zeppelin”. I was not able to put my finger on anything specific last night, aside from the fact that I was completely mesmerized and engaged in their performance. 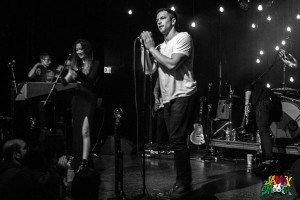 Halfway through San Fermin’s set, I thought to myself, briefly, that there was no common thread between the openers and headliner, Courtney Barnett. Not that I minded. It was a very special night of music that was only enhanced by the diversity of the acts. Make no mistake, though. Once Courtney Barnett took the stage, she completely owned that shit. There are few things as special as a female, left handed, pick-less guitarist and song writer. At least the way Barnett does it. If Kurt Cobain and Joan Jett created a child in a test tube, it’s name would be Courtney Barnett. With a touch of that modern, psychedelic revival sound, rock and roll is definitely the name of the game. A complete 180 from the other bands of the evening, her songs were three chords with playful but powerful lyrics. This Melbourne Australia born songwriter and her band which is made up of Bones Sloane on bass, Dave Mudie on drums, and Dan Luscombe on guitar had the crowd in the palm of their hands when they broke out into the song Avant Gardner and it’s creative, personal proclamations such as:

“Anaphylactic and super hypocondriactic
Should’ve stayed in bed today
I much prefer the mundane.
I take a hit from
An asthma puffer
I do it wrong
I was never good at smoking bongs.

I’m not that good at breathing in.’ 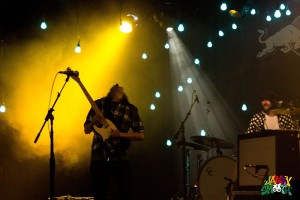 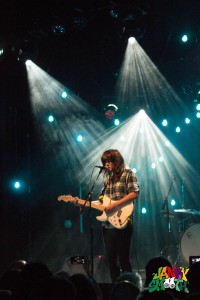 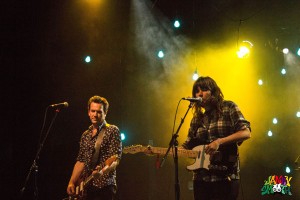