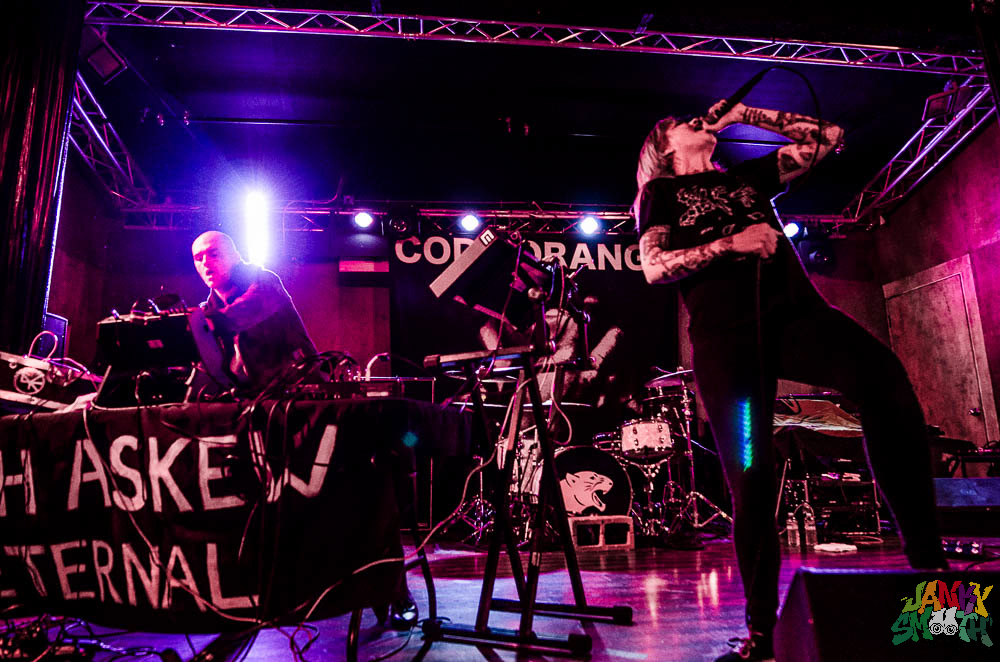 On January 28th in the year of our lord, 2017, I was initiated into the Youth Code and Code Orange live shows when the front of my bottom row of teeth were smashed through the space between my bottom lip and my chin in a live show that literally left an ounce of my blood on the floor of Union nightclub in Los Angeles when the heavy industrial tech duo, Youth Code opened for Code Orange this past Saturday night. 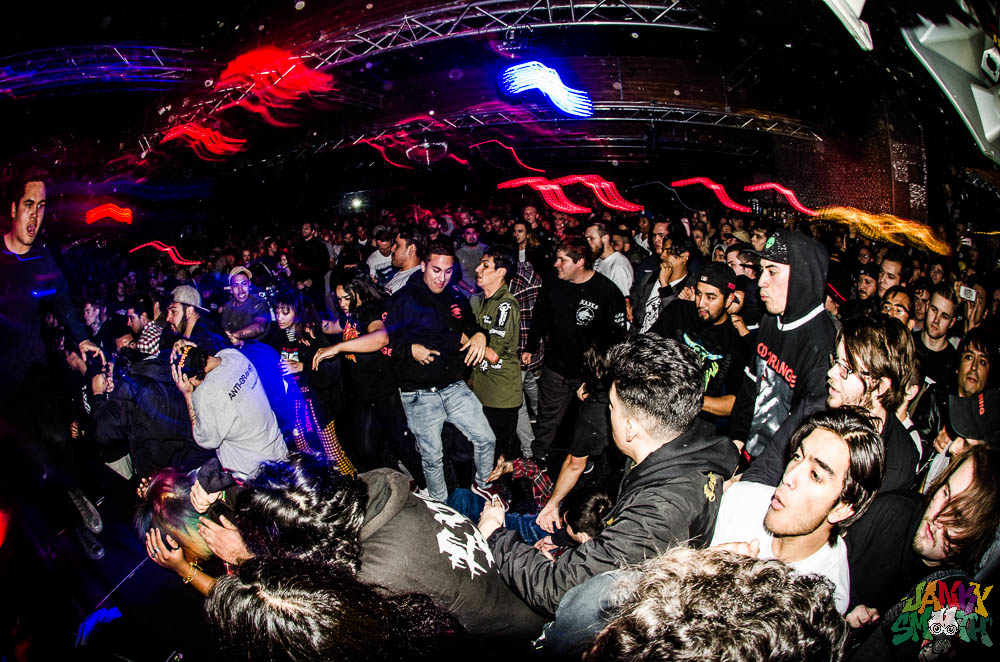 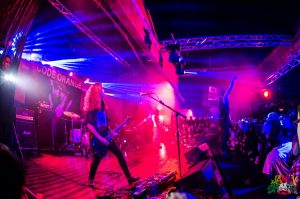 Moments before my injury was sustained, I was lamenting the sad reality of a stagnant audience standing still as they witnessed the heaviest band in electronic music since Front 242 and before Ministry went full metal on the masses of the New World Order.  Singer, Sara Taylor handled the sad reality well until about 5 songs in when me and a couple of other kids took matters into our own hands and gently convinced the audience standing directly in front of the stage to dance. Shortly thereafter, I experienced a momentary blackness and disorientation and a mysterious numbness in my mouth and aching in my jaw.  A bit confused, I put my hand to my mouth and it was instantly covered in blood.  A lot of it.

Did I get sucker punched?  I wouldn’t normally have thought that right away if I hadn’t started the pit but considering what lil bitches these dickheads that were standing around while listening to the tortured sounds of Youth Code seemed to be, I didn’t want to rule anything out. 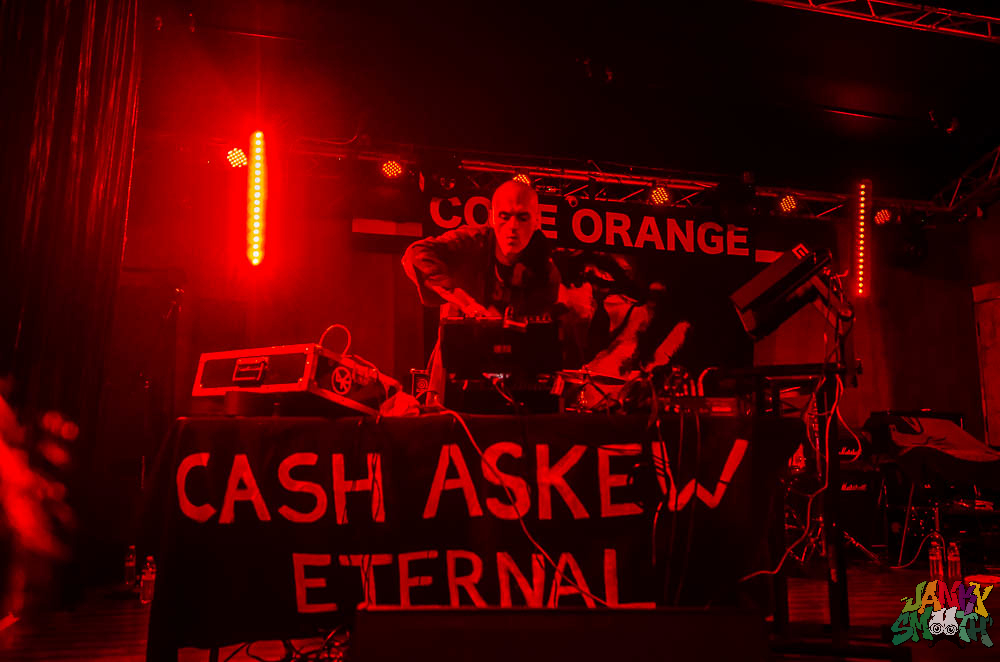 All this flashed through my head in a half disoriented and building rage as the ache in my jaw grew more intense and the frustration of the times grabbed ahold of my intolerance.  I immediately got in the face of all standing within the perimeter of the small circle, totally aggro and ready to fuck someone up.  I looked into the eyes of everyone on the edges of the pit, looking for some sign of guilt as Youth Code played “Doghead” in the background, the wretched sounds of digital despair and the driving rhythm motivating my growing desire for retribution and mayhem.

But alas, everyone looked at me like I was crazy, seemingly wondering why my face was gushing blood and even moreso wondering why the fuck I was in their face.  Maybe I ran into the back of someone’s head accidentally?  An elbow?  Union is gone dark after my initial requests for them to take a look at security video from Saturday night but given the amount of shows Janky Smooth and it’s contributors attend, seems like I need to be more aggressive in my requests for the footy and the understanding that I’ll sign a wavier prior to viewing it absolving them of any responsibility, because daddy wants to know if we need to watch our back. 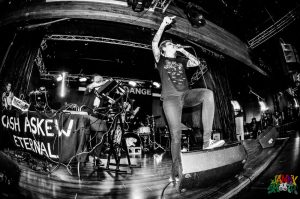 Needless to say, my evening got cut short and I missed the last half of Youth Code’s set and all of Code Orange in my hasty exit to get the hole below my lip sewed up.  In the subsequent days, I read a number of articles that described other such pit injuries that include a girl whose jaw was broken in a pit injury on another date on this tour.  Is it Code Orange fans that are ignorant about what a pit is and how it works?  Do these pussies think that this hardcore dance done for decades is some type of personal, cathartic free for all to find a victim of violence at their physical whim?  If someone did purposely smash my face then we’re both lucky that no one pointed anyone out when I was seeking the source of my injuries because in all likelihood, we’d both be in custody right now. 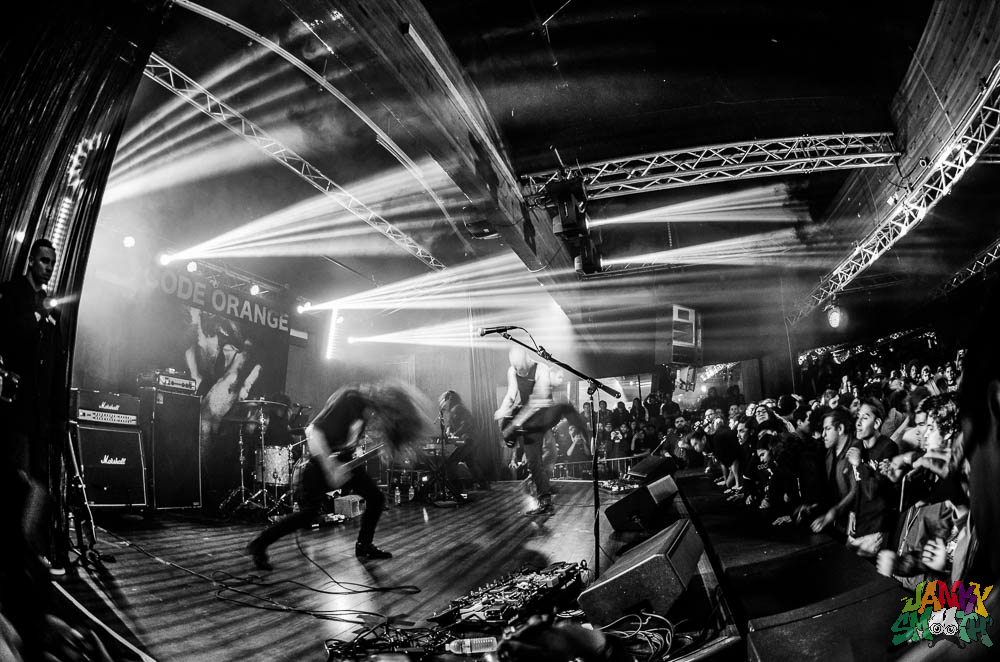 I’m not a huge fan of Code Orange.  I went to this show for Youth Code.  Even though Youth Code only have 2 full length albums to speak of, my discovery of Commitment to Complications in 2016 made me feel like I was late to the party.  I hate not being one of the first to be a part of something so monumental at it’s earliest stages of development but that feeling is over ruled by the sentiment of “Better late than never…”  We’ll try again next time Youth Code play a gig in L.A. and by then, they mystery of how my front teeth ended up puncturing through my bottom lip will probably have been solved.