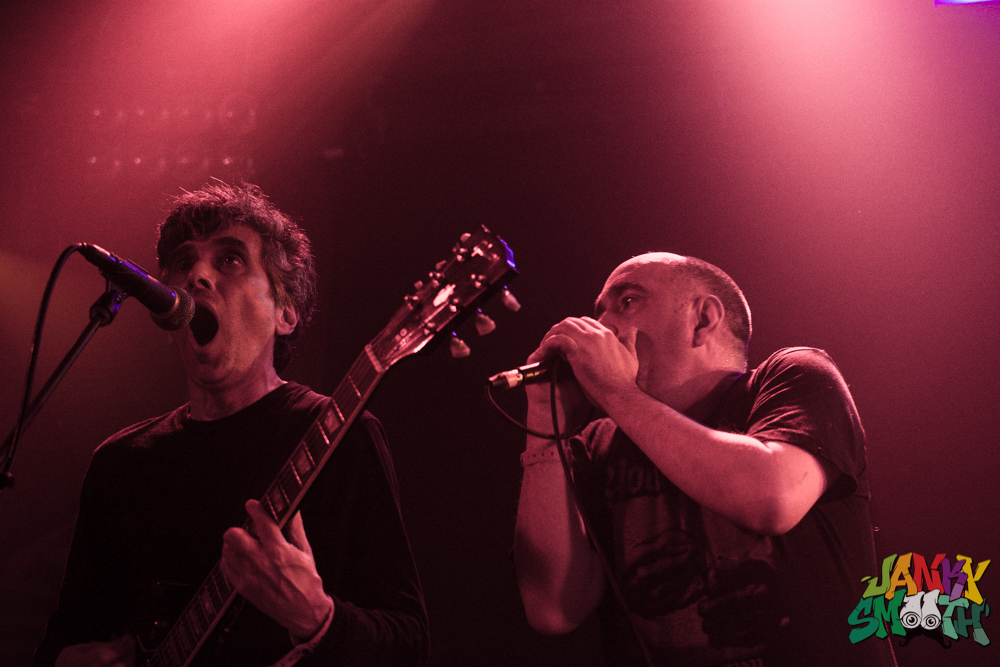 If listening to The Dead Milkmen doesn’t instantly put a smile on your face and get your foot tapping then you are completely dead inside. For 32 years, The Dead Milkmen have taken a genre that can take itself too seriously and made a mockery of it and every other taboo and sacred topic known to man. Just like most other coveted punk bands of their era, they have recently reactivated to write new music and tour. Last night, I had a chance to see The Dead Milkmen at The Troubadour and remedy the fact that I have never seen one of the funniest bands in the world play live before. 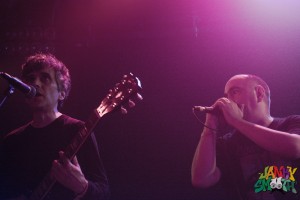 I got to The Troubadour around 9:45. Unfortunately, I missed a great local band. Johnny Madcap & the Distractions had just finished playing when I arrived. I waded through the crowd of salt and pepper patrons and parked myself next to the bar and ordered a beer. Without delay, The Dead Milkmen took the stage. 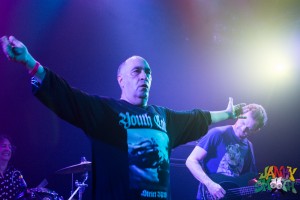 “Rodney Anonymous” Linderman charismatically connected with the crowd instantly as they opened with the song “Nutrition” off of Big Lizard in My Backyard. The Dead Milkmen un ceremoniously inserted their biggest “hits” into the set list without any kind of posturing or hoopla. “Punk Rock Girl” was the fifth song played in the set. Rodney ribbed himself, the band and the song by making mention that he didn’t sing on the bands biggest hit. He gave props to “Joe Jack Talcum” Genaro after nailing the band’s anthem to the delight of the crowd. “Bitchin Camaro” was also inserted into the middle of the set and was followed by an incredible anecdote told by Rodney about the first time the band played The Troubadour to an audience of two people on their first date. He recounted that they sat in middle of the floor for the entirety of the show. Rodney recalled how they even stopped playing to let the dude go to the bathroom in the middle of the set and resumed 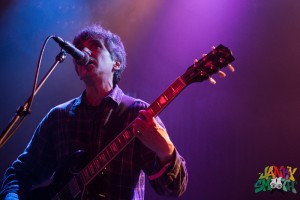 when he returned. He punctuated his story with a flash forward to present day’s two consecutive sold out nights at the same venue, 30 years later and a command for everyone in the audience to chase their dreams until they come true.

The concern for any resurrected punk band is recapturing the energy of the live show from the band’s prime. That concern dissipated instantly as Rodney bounced all over the stage and spit some world class banter between songs. The Dead Milkmen even came armed with new material from a new record that was released October 7th, 2014. Pretty Music For Pretty People released onQuid Ergo Records is a great album and the band played the track “All You Need is Nothing” but failed to play my favorite track off that new album called “Big Words Make the Baby Jesus Cry”. 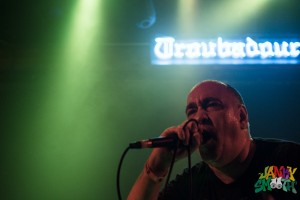 The Dead Milkmen are back and are much more than the usual novelty of old punk bands returning to play some shows and collect a paycheck. They are booked for shows through the rest of April and hitting the south for a few gigs in early May and I’m sure that they will be adding dates as the word spreads about how amazing they are.