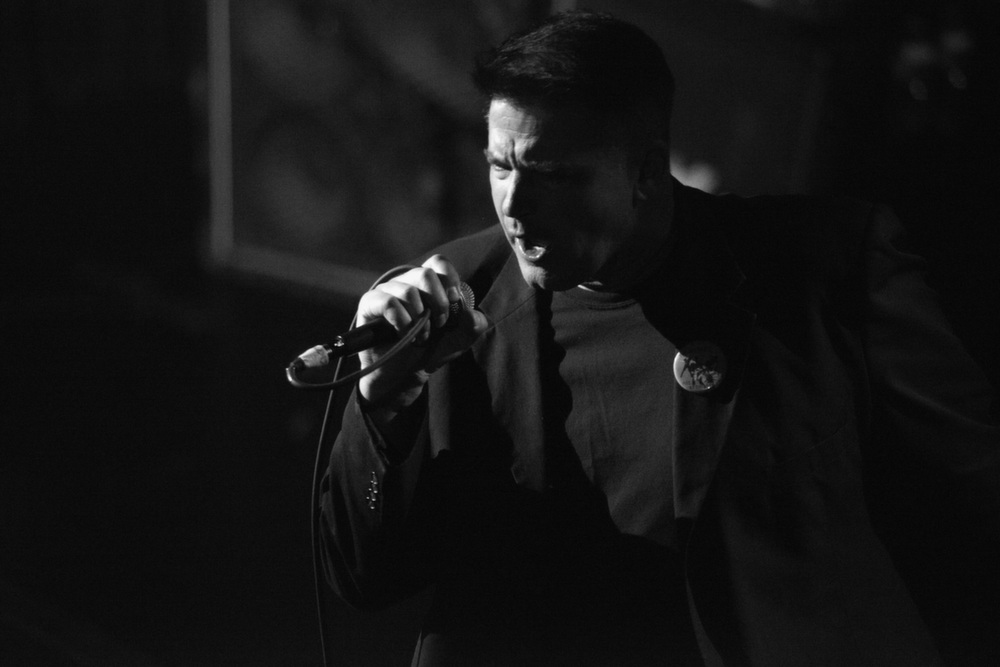 Halloween. Sorry but it just is not my favorite holiday. Well, not since I was 12. However, Halloween in New York Fucking City at Irving FuckingPlaza, featuring the likes of The Briefs, T.S.O.L. and The Damned was a treat, rather than a trick. (yes, i know -shut the hell up).  They all delivered in typical fashion.

The Briefs donned friendly Casper sheets to start a tight, fast and loud set from start to finish, which got this somewhat tame Manhattan crowd mobile.
By the time TSOL got started, “Banana girl” and “Chicken Suit Dude” were in full swing.  Yes, that was the catalog of mosh proof costumes that I witnessed and i think they worked.  One gal i met got an elbow to the forehead and it was a good one.  She did not enjoy the same insulation as the banana and the chicken and her lack of Halloween spirit ultimately led to her demise.
TSOL live is always awesome and never complete without front man, Jack Grisham’s standup comedy action–“People are throwing candy on stage..my mother always tells me not to eat anything like this and i always listen to my mom–she pays my bills..”
New drummer Matt Rainwater looked to be having as much fun as the fans and killed it along with Mike Roche, Ron Emory and Greg Kuehn, as they have for decades now.
T.S.O.L finished their set with Code Blue and that was a nice segway to the nights headliner, The Damned, who pounded out a long and more than normal, goth punk set.  A set that featured “History of the World” and of course “Dr. Jekyll and Mr. Hyde” among other staples  like “Just Can’t Be Happy Today”.  The moody vibe actually made me enjoy this “holiday” more and got me into the spirit, momentarily.
I loved this gig and all the folks i bumped into from the NYHCs from another decade to former and current goth girls. No tricks here with the exception of the “Code Blue shot specials”–great name but what the hell was in them? I don’t think I even wanna know.
My boy and photographer of the night, Nick Mrnarevic was booted from the club before the Damned took the stage but I was able to grab one decent photo of the Damned to round out his amazing photography.
Words: Dr. Buzz
Photography: Nicholas Mrnarevic
Related Items:Halloween, hardcore, Irving Plaza, punk, The Briefs, The Damned, TSOL
Share
Tweet
Share
Share
Email