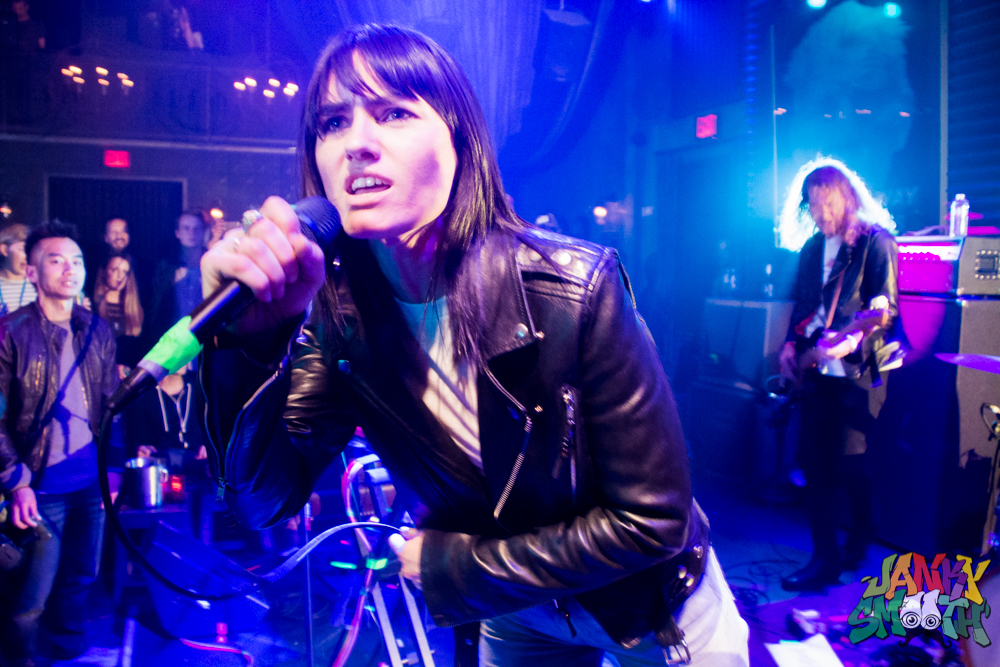 Last night, Monday November 3rd gave us the 3rd night of Red Bull Sound Select’s, 30 days in LA. This was also my 3rd night out shooting the red bull events so we can all assume I was running on fumes. I was stoked to find out that they were hosting the show at Sayers Lounge in Hollywood, a nice, dimly lit, intimate setting full of couches for me to veg out on.

I immediately faced some trouble getting to this show when I realized I did not have my ID. Amateur hour, I know but luckily the staff was nice of enough to play 20 questions with me till they figured I am clearly old enough to party.

Once I finally got inside i ordered up a Jameson and Ginger and found some familiar photographer friends to hang out with since i was rolling solo. This was when i realized this may be my favorite of the 30 days mainly because of how mellow the setting was.

The first band, Night Drive went on around 9pm and what a fantastic opening band. They had a sound that was kind of like the space between Joy Divisions evolution to becoming New Order, I mean, with out having their Ian Curtis kill himself. Rodney Connell, front man of Night Drive had a great presence. Although there wasn’t much banter with the crowd, Rodney spent most of his time off the stage singing to various members of the crowd, serenading them, if you will. After Night Drive ended their set, I made my way out on to the street of Wilcox Ave. for a cigarette. I was immediately directed to an alley that smelled of cheese and dirty diapers. Not the good kind of cheese either. 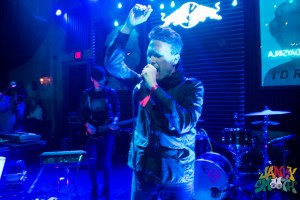 The next band went by the name of ASTR with front woman, Zoe, who I will assume was born with one name after scouring the internet and having come up dry looking for her name. I was not hip to the sound of ASTR and was interested to see what they were going to bring to the stage. A fun synth based dance duo that sounded nothing like Night Drive. Although this isn’t necessarily my jam, I had fun with the idea of pumping every one up for The Preatures and ASTR is a solid band with solid energy. 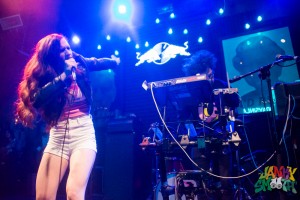 Yet again I made my way to cheese diaper alley for another cigarette. This time i had the pleasure of running into Tom Gavin of Gemini Club who was enjoying his time at the show. It gives me a funny feeling inside to see all the bands from these 30 days supporting each other through out the month. Tom was nice enough to invite me to the party he was DJing at Bardot after the show but yet again i was faced with the dilemma of not having my ID. 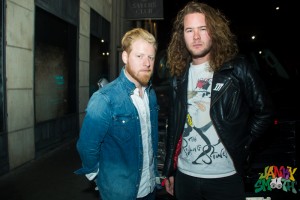 I went back in and fought my way to the stage to catch The Preatures. The Preatures were led by this total babe by the name of Isabella Manfredi. I still can not put my finger on why I was so infatuated with this woman. She had a flirty stage presence and it felt like she was having a love affair with guitarist Jack Moffitt right before our eyes. I felt like a little school girl getting all hot and bothered by their chemistry. The Preatures were definitely a great way to end my weekend.

Words and Photography by Taylor Wong