Ty Segall Helps Save The Smell at Teragram Ballroom

This past Saturday night Ty Segall headlined a sold out benefit show at The Teragram Ballroom. Save the Smell was organized by the two 19 year old musical entrepreneurs of Penniback Records. Penniback represents the 3rd wave of scene kids that have had their DIY awakening at The Smell and with the help of Julian Montano and Luis Ho and so many others, it MIGHT just ensure that the legend of the humble but vital venue continue to be written.

But even with the outpouring of support that recently extended an extra year for The Smell community to save itself from being demolished, the ambitious strategy to do so is to raise $1.4 million to buy a permanent home somewhere in a close proximity to it’s current iconic Main Street location. Some scoff, some scowl, some cry foul but The Smell has such few haters for a DIY venue of it’s kind. The kind that always seems to spawn legions of outsiders that feel scorned or slighted. Because those folks are so few and far between, maybe that can explain why the Smell is in the midst of an unprecedented run. 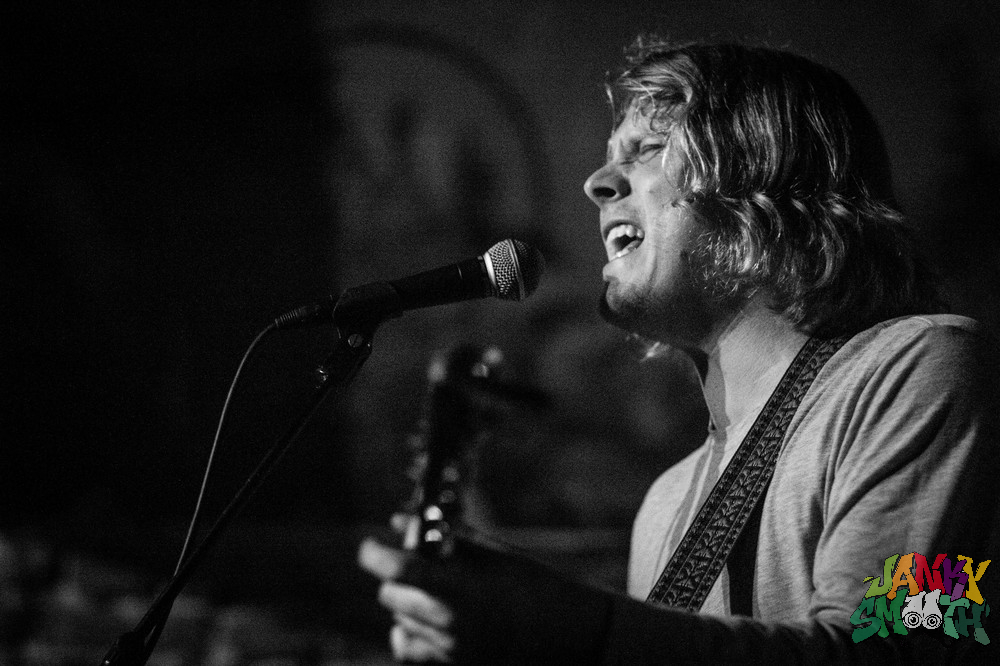 If history has taught us anything it’s that DIY venues in Los Angeles are doomed at inception.  Los Angeles and it’s most prominent club owners do not like DIY spaces.  There are countless ghost stories and tales of DIY spots that pop up only to be destroyed by the city and other forces.  That’s what makes The Smell such an anomaly in the scores of it’s independently run progenitors showcasing art and music in L.A. For 18 years, The Smell has been the unwavering club house of all ages showcases, hardly ever charging more than the well known $5 cover for kids of all ages to witness the newest, rawest and most authentic bands taking the next logical step up from the garage’s and backyard parties that birthed them. More recently defunct spaces such as Pehrspace, The L.A. Fort and lesser known gems such as Olystis Studios which lost it’s lease for the same reason as The Smell; gentrification and increasing property values, most spaces come and go in an equally abrupt manner as their meteoric rise.  The Church on York closed down almost as quickly as it opened. 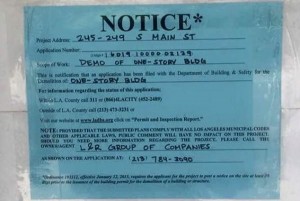 As bright and fleeting as a shooting star, the immense buzz, attention and various bouts of bad publicity to the concerned parent demographic seems to tie the hands of law enforcement and politicians that don’t necessarily mourn the loss of spaces that give younger generations some of those “funny ideas”. By removing alcohol and consequently, the profit motive from the rock and roll equation, The Smell simplified the cities stance on the complicated politics of licensing performance venues in the city that spawned Jabberjaw, The Anti-Club, The Scream and even provided the palette of abandoned and disheveled warehouses that hosted super secret parties and a weekly underground club called Insomniac (shoutout to 12th and Hope street). What do all those historical places have in common? Them and their audacious and visionary founders were run out of town, so to speak. Even a past legendary Los Angeles musical monolith like Jabberjaw that has hosted so many future rockstars wasn’t able to last half as long as The Smell has.

One explanation for The Smell’s run is the era in which it rose to prominence. The internet and millions of views on YouTube videos foreshadowed early on the medium that would deliver music distribution of the future. As the music industry began it’s slow decay in the early 2000’s, record labels started selling fewer albums year after year and when the numbers were crunched, the formula’s revealed music for the lowest common denominator. Garage bands quickly disappeared from the notes of A and R executives at major labels and reappeared worldwide in the form of YouTube videos of bands playing The Smell. The club’s rise and nationwide street cred can be best illustrated by it’s music babies; Ty Segall, No Age and the former incarnation of Bleached, Mika Miko, just to name a few.  Far from strictly Rock based music, even the electro-noise outfit HEALTH recorded their first album within the reverberating concrete and brick walls of The Smell.

So much has been written about the legacy of The Smell in the press already that you would think that it’s already gone. I have rarely heard it spoken about or written about with anything but reverence and affection. Print newspapers, print mags, fledgling zines and an endless onslaught of L.A. music blogs have written features about it that are as endless as the proliferation of new L.A. music blogs themselves. There is a constant presence of the name when interviewing it’s buzziest of bands in the midst of exciting but painful growth spurts and homesickness often associated with touring acts; not homesick for mom and dad’s home cooking but for the concrete and brick reverb chamber and the familiar faces of the super fans and friends of The Smell- and Jim Smith, of course. 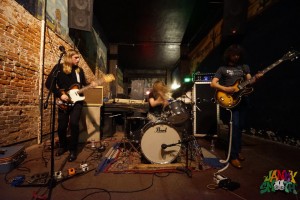 Mind Meld at The Smell

The aura of support and safety Jim and the scores of volunteers have built into the very foundations of The Smell go well beyond the fleeting and cyclical trends of just being cool. It’s safe there and you would think that the pinch of wholesomeness would be the antithesis of the very thing that makes Rock and Roll cool- danger. So it only stands to reason that rejecting the danger and excess that have become synonymous with the medium would be the most dangerous thing to do in the eyes of it’s dogmatic worshippers. But even with, or maybe because of it’s decade long absence in the mainstream, rock and roll STILL provides an endless tide of insatiable young patrons who, in Los Angeles, first adopted rock and roll AT the Smell. Postitive vibes shaped their view of what rock and roll is, not the streets and isolation of broken homes that used to help find “the others” who were, much like yourself, a bit “different” than everyone else. So you can kind of say that The Smell helped shape the very definition and perception of rock and roll today- at least in L.A.- and It kinda sounds like a garage (when in doubt, go back to the beginning).

And that’s what makes The Smell such a different type of cool and Jim Smith such a positive shepherd to the flock he protects when they’re inside his church of Rock and Roll.

“We’ve had issues in the past, especially early on, and have had to shut down on a couple of occasions for several months, but nothing for the past 13 years.”– Jim Smith 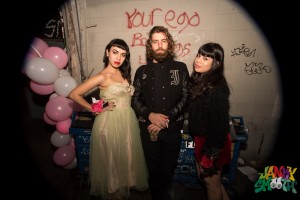 Through it all, The Smell survived. The Smell didn’t have a habit of overdosed kids laying in the alley anywhere near it’s main entrance. There was no pattern of bloody fights and even though the word punk is thrown around very loosely to describe many of the bands that play there (said the older, dogmatic worshiper), there is no sign of the punk rock gangs of the late 80’s and 90’s and their confusing politics. Somehow, The Smell stayed cool enough, even though parents felt comfortable dropping off their middle school aged children there. The Smell never pushed the boundaries of the profit motive that has led to so many a downfall of the understandably ambitious proprietors that sought to capitalize on the cool factor they too once captured- a designation which seems so fleeting for so many. And that is where the biggest anomaly is exposed. Being considered

cool by three different generations of young, under aged tastemakers is not only just rare, it’s completely unheard of. Because once a generation comes of age, stands on their own two feet and sell’s out to the status quo in exchange for a more comfortable future, the output of art that is associated with that generation becomes the artistic equivalent of wearing crocs until it’s far removed enough to be considered vintage or retro.

If the Smell survives the demolition order that threatens to level the venue in favor of a few hundred more parking spots, then it’s unexpected run will achieve yet another unprecedented accomplishment. Avoiding the doomed fate of DIY venues in Los Angeles. Not only is it’s 18 years of operating already unsurpassed by any of it’s predecessors but moving into a permanent home would be a milestone that has never been achieved by any of The Smell’s distant relatives. How will it be perceived if it doesn’t have that constant aura of “enjoy it before it’s gone”? Well damn; there’s no reason to think the Smell won’t survive that too. 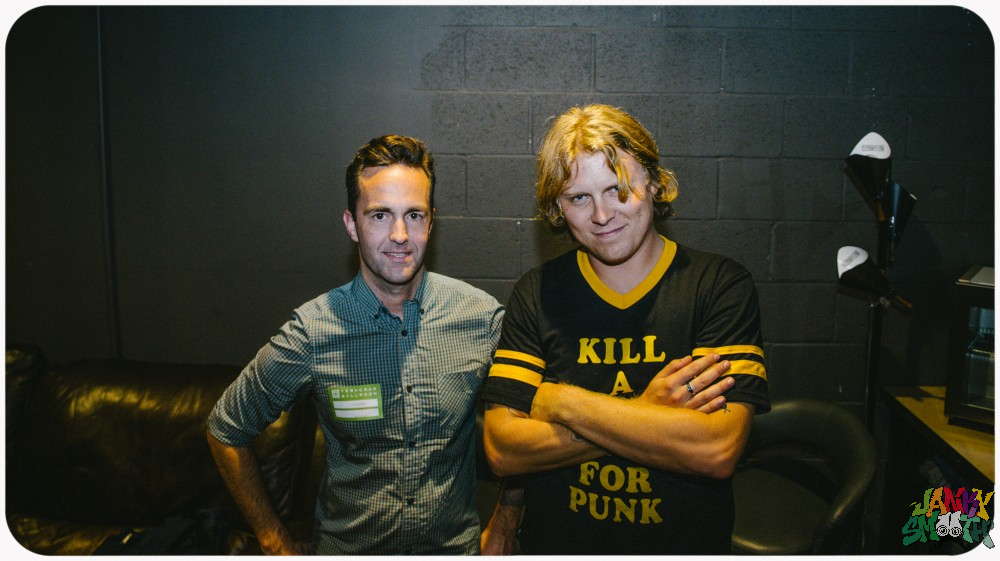 “…we have always tried to really focus on community building, and in turn the community has always been there whenever we have run into trouble or have needed anything”- Jim Smith

So as the different generations of kids that called The Smell home reunited to rally support for their club house at the high end, high end sound of The Teragram Ballroom on Saturday, it was no surprise that Ty Segall agreed to headline the Save the Smell benefit just days after playing his final show with The Muggers at FYF. 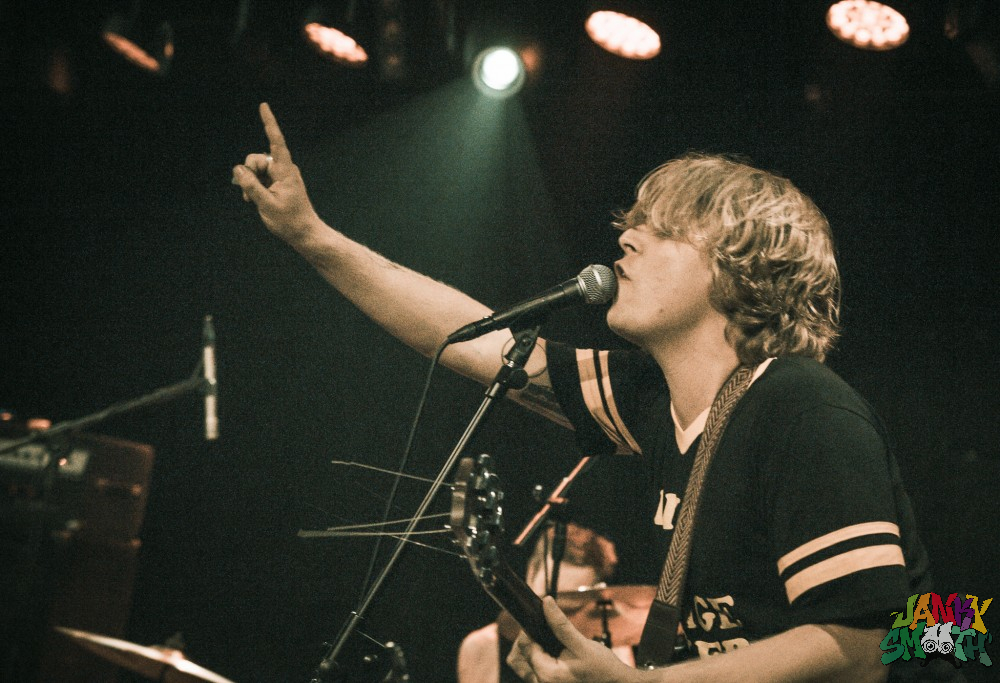 “I played my very first show at The Smell”, lamented Segall in a more reserved and restrained demeanor than was common throughout the last few months playing shows in baby masks and rousting TV talk shows with The Muggers.

Ty was joined by San Fernando Valley punkers No Parents and a handful of young bands on the Penniback Records roster- REALLY young. Fuck yea! Rock and roll will NEVER die. 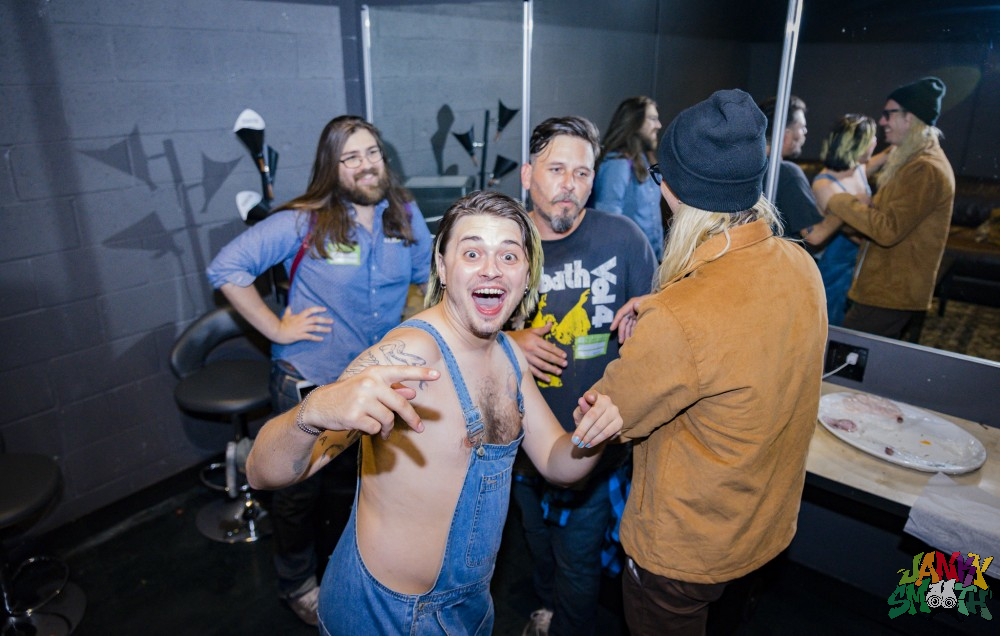 Backstage at Save The Smell benefit show

The truth is that The Smell could’ve existed in it’s predictably consistent state forever if it wasn’t for the extreme gentrification that is taking place in every major city in America right now. Ironically, it’s the same gentrification that transformed Echo Park from a barrio, evicting generations of families in favor of cool café’s, record shops and restaurants and into one of the most prolific music cities in the country, along with the endless stream of new venues that are seemingly popping up in eastern Los Angeles monthly. But none of them are anything like the Smell because they are businesses that want to sell booze and most of them are not all ages. None of them REALLY give a shit about their patrons.

With the Smell, It’s greed, not fear of mutant punk children that threatens to end the unprecedented run of a one of a kind bastions of expression. In America, it seems that nothing is more sacred than the almighty dollar and only the almighty dollar has a chance to save what maybe one of the only sanctuaries of Rock and Roll that projects it in a completely positive, communal , alcohol and drug free environment (Thanks Gordon Gecko). And while I’m at the age in which I don’t begrudge anyone for their focused attempts at making obscene amounts of money, the plan to knock down the structure that hosted not only The Smell but Five Star Bar and New Jalisco as well and replace it with yet another parking lot might be a particularly cruel ending to the story of The Giving Tree of the L.A. music scene.

Save the Smell Now!