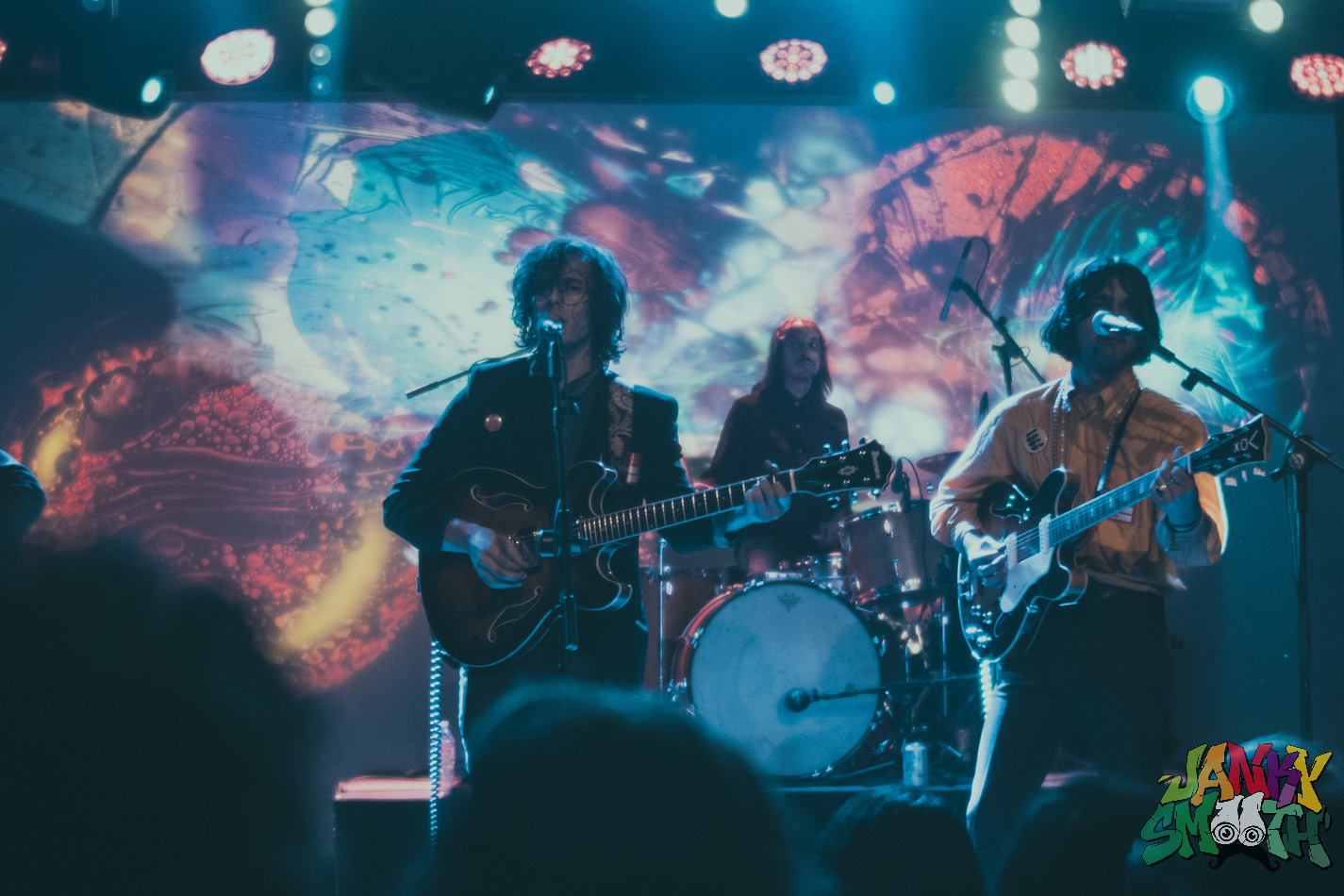 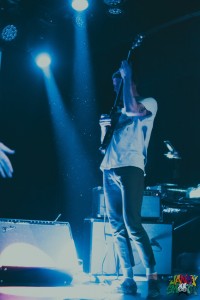 Ryan of No Parents illuminated at The Teragram

Mystic Braves, Creation Factory, The Abigails and No Parents shared the stage on the first Friday of September at the Teragram Ballroom in Downtown Los Angeles. But one of these things is not like the others and it had me scratchin my head. Creation Factory, The Abigails, and Mystic Braves have a complimentary sound (and even common band members) with a 60’s psychedelic rock influence.  This left No Parents a little out of place with their straightforward punk style. It’s not the first time No Parents’ name on a bill looked like a red headed step child in an African village. We’ve been noticing that a lot with this band but I think it’s just because every band in L.A. wants to play shows with them. It made for an interesting night.

Johnny 2 Bags and The Abigails at The Echo: Two Generations of Heartbreak Music

I’ve never been to the Teragram Ballroom before, and I was quite surprised with the venue’s sound and lighting. I’ve seen Mystic Braves many times in their rise through the L.A. DIY indie music scene so I’m intimately familiar with their sound. So many shows in dingy clubs with good vibes and bad sound systems that hearing their music through the Teragram sound system revealed details in their music I had never heard before. It’s an audiophiles wet dream. 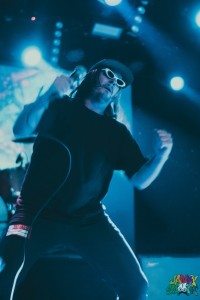 Zoe Reign of No Parents gettin down at The Teragram

No Parents had an intense and unforgettable set. No Parents front man, Zoe Reign performed and gave zero fucks, as usual and made a lasting impression on the crowd with his dance moves and angry crotch grabbing. Half way through the set, Zoe tossed a pizza box into the audience full of hungry sweaty kids and said “yo, here’s some pizza”. I’m paraphrasing but you get the point. The pizza was viciously attacked like a bread crumb in crowd of pigeons in Central Park. I’m pretty sure the box was eaten too.  With No Parents, the antics are just as important as the music itself.  It’s not the type of music that you want to close your eyes and vibe to.  It’s the type of music that you want to watch the band and watch your back.

Burgerama 4 Announcement Party with together Pangea, No Parents and Others 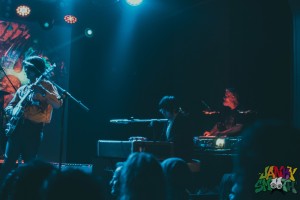 Mystic Braves are a few months away from dropping “Days of Yesteryear”, their Rob Campanella produced third album. L.A.’s premier psych rockers closed the show with a solid set, as always but my eyes weren’t too focused on the band, even with great visuals produced by Mad Alchemy in the background.  They were more focused on the energy in the audience. There were a lot of good vibes in the crowd. Everybody’s rhythm was in sync with the band and some people were singing along. They played a couple new songs including one called “Minute Dream Girl” and they very well received. Most couples were dancing and kissing and some single guys in the crowd were dancing and singing along together as well (probably drunk but with all the love in the room I wouldn’t have been surprised if some people discovered their true nature). It made me happy seeing everybody enjoy themselves- after all that’s what music is all about. Seeing people on their phone or just simply standing around and making it apparent that they don’t want to enjoy themselves is all too familiar at shows now a days but it is a rare thing at a Mystic Braves show. It’s a trend that needs to die off. The last few shows I’ve been to have pretty much been like that- a crowd full of digital zombies. It made me very happy to see a change of pace. I’m looking forward to more Mystic Braves shows when this album drops and I DEFINTELY can’t wait to see more shows at the Teragram. It’s a top notch venue. 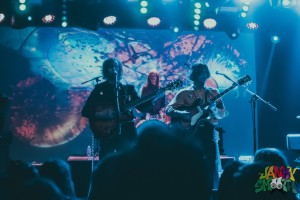