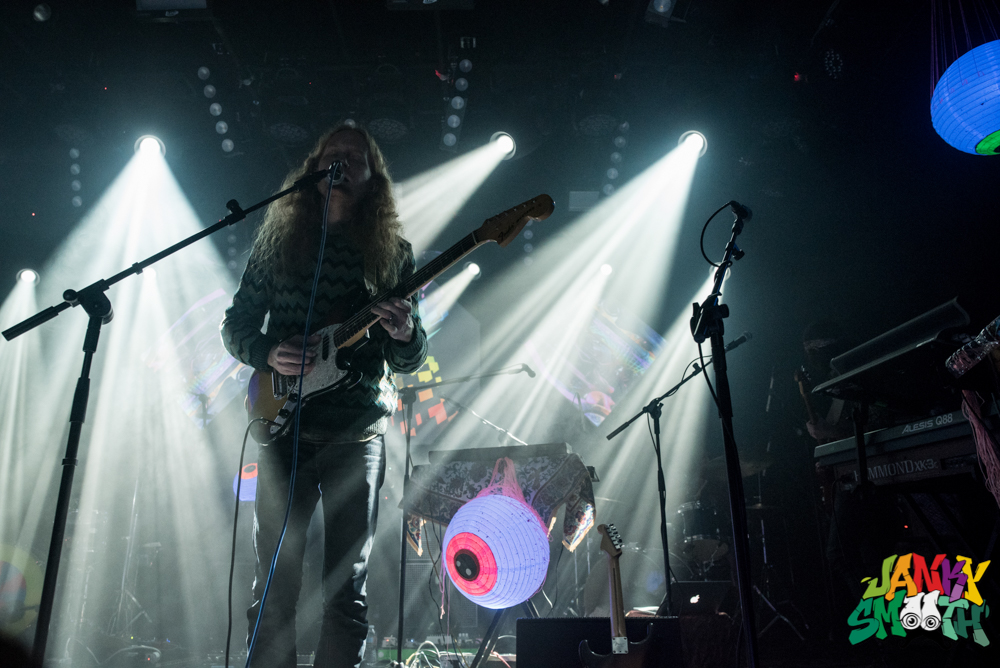 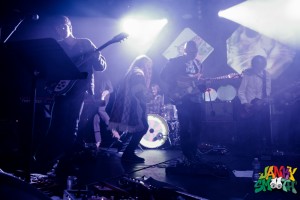 Saturday night rolled up and LA was popping with amazing shows all around town. I made my way down to one of my new favorite venues, The Teragram Ballroom.  Our friends at Moon Block were hosting their “Rock n’ Roll Circus”. Yeah I didn’t know what that meant either.

The Rock N’ Roll Circus was a line up that consisted of Fever the Ghost, JJUUJJUU, Hott MT, Morgan Delt, and Vinyl Williams. The circus aspect came into play with the fact that it was one long continuous set where members of all acts would switch out over the course of the set. It was broken up into two parts with a “snack time” intermission in-between. 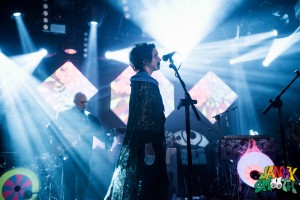 The stage was decorated with Chinese lanterns that were made too look like neon eyeballs. The lighting ranged between super intense to non-existent. This factored into the shooting of photos but I just brushed it off and bounced around the room, messing around with different settings. I could barely keep track of who was on stage but it seemed that Phil Pirrone of JJUUJJUU and Moon Block general contributed to a majority of the set. Also, we were graced with Jeffertiti’s presence through various points throughout the set. 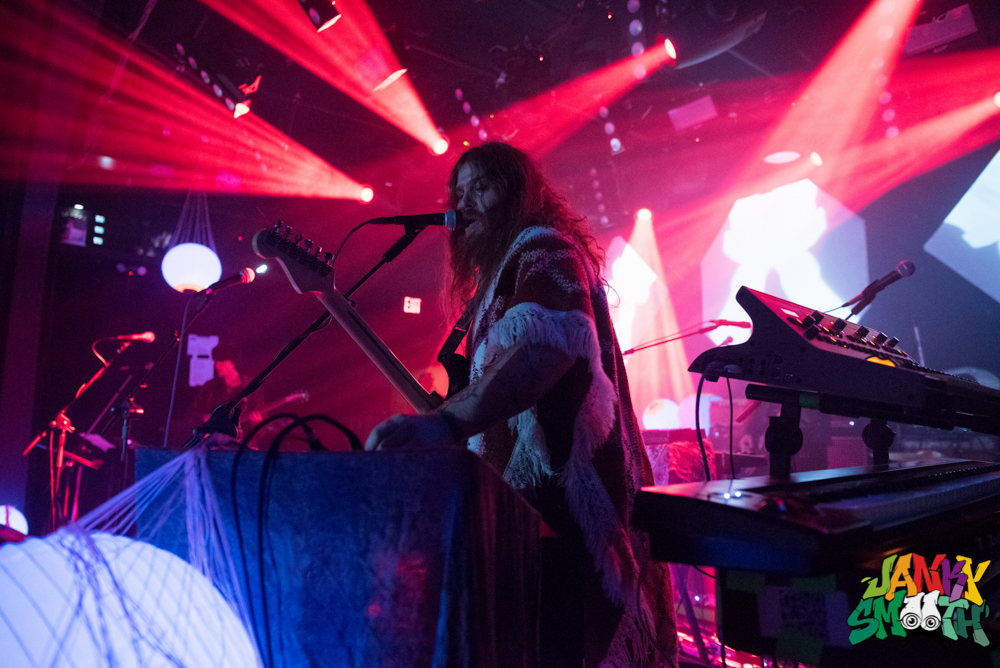 The Moon Block Rock and Roll Circus reminded me of the kind of stuff Sound Tribe Sector 9 used to put on back in the day. A groovy, psychedelic, rock n’ roll experience that any one could and should dance too. Wonked out on some trippy hallucinogenic’s, or stone cold sober like I was, (ok that’s a lie I was pretty baked) no one was standing still during this performance. I didn’t even know if I could get into a psychedelic circus experience like this but kudos to Moon Block for continuing on taking risks to bring fans something sacred and original. I hope to see more creative shows from Moon Block in the future.

Desert Daze 2015: The Festival for the 21st Century