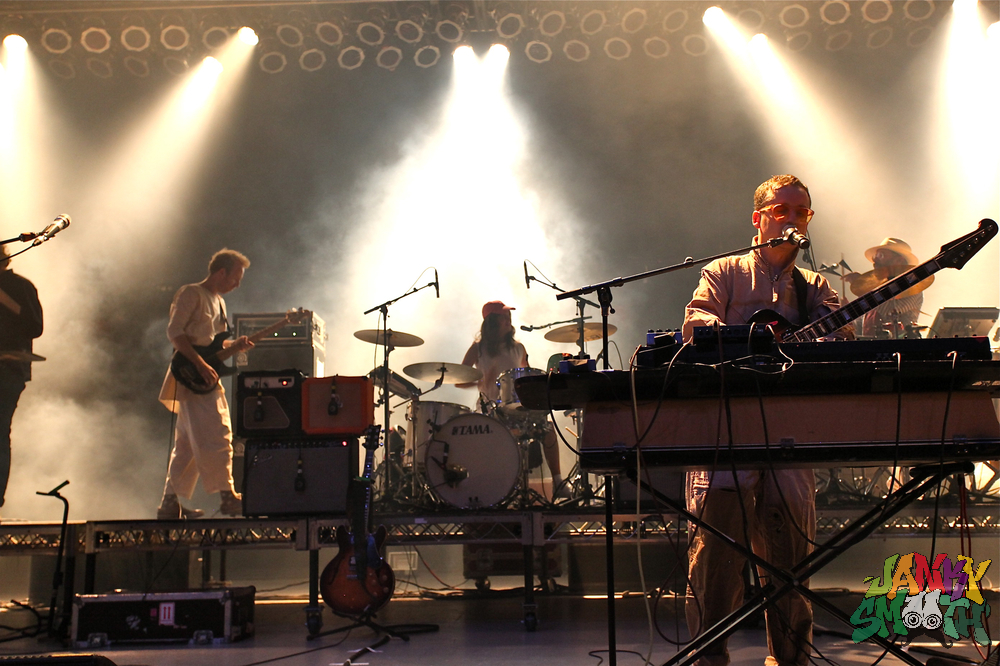 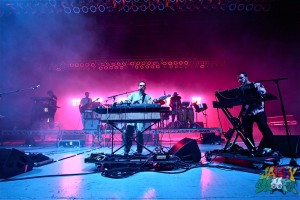 Hot Chip at The Greek Theater

As the sun set last night over Griffith Park, both hipsters and middle aged white people congregated to relish in the sound waves of some of the better names in independent dance music. The historic Greek Theatre played host to a booty shakin’ line up consisting of Com Truse, !!!, and dance music staple, Hot Chip.

Getting from Santa Monica to Griffith Park during rush hour is a gruesome task I do not wish upon even the worst of my ex-girlfriends. Yet there I was, Tinder swiping in grid lock traffic for two hours. Due to this, I completely missed Seth Haley’s electronic act Com Truise. I did, however, see Haley walking around the hospitality area, and if his beard was any indication of his performance, then I am sure it was nothing short of magnificent. 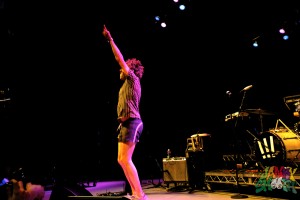 !!! at The Greek Theater

!!!, audibly pronounced Chk, Chk, Chk, was next up. Taking the stage just as dusk was turing to dark, !!! had the task of loosening the hip muscles of the crowd that was beginning to fill in – and loosen they did. Lead singer, Nic Offer, looked like he could pass as Wayne Coyne’s twin as he danced the stage around in his short shorts. Overall, !!! had a great opening performance – shout out to the keyboard player for using his crutches as a dance prop. 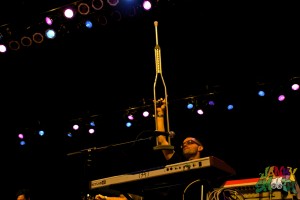 Machines are great, but best when they come to life. This line is from “Huarache Lights”, the first single off Hot Chip’s excellent 2015 release Why Make Sense? and the opening song of their set that included hits from their catalog that spans over two decades. This line sums up everything I hate about the current state of dance music and everything I love about Hot Chip. While they certainly are a dance act, their performance lives and breathes with the aid of live instruments and a rousing stage presence, while countless other machine-like live dance acts push play and fall flat. 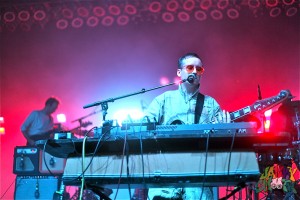 Hot Chip carried out serious momentum following their opening track, and kept the jams coming for at least twenty minutes before taking a break. Drummer, Sarah Jones, absolutely killed it and had the whole crowd swooning over her adorable smile (thanks Greek Theatre jumbotron and multiple cameramen) and pristine dance tempo.

While Jones retained my attention for a majority of the set, lead Singer, Alexis Taylor, looked like Napoleon Dynamites’ “Kip” gone to space, clad in oversized glasses and a canvas jumpsuit. And while his stage presence was often subtle, it was enough to keep the crowd entranced for their hour and a half set. 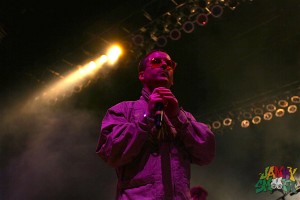 Some of the clear crowd favorites were a sexy, tropical, version of “Ready for the Floor” and “Over and Over”- Of which The latter was kicked off with an ominous dance-floor synth that was immediately met by roars and instant grooves from the lively crowd. Another standout was their melancholy house ballad “Need You Now”. One of my favorite songs of the year, it was met with an increased weed aroma in and already weed-stanched venue. “Need You Now” translated seamlessly live and it culminated their captivating set. Alexis Taylor Makes Machines Come to Life at The Greek

I haven’t seen Hot Chip since the summer of 2008, when “Ready for the Floor” was one of the hottest tracks in independent music. Somehow, Hot Chip haven’t missed a beat since that show seven years ago, touring non stop and releasing solid albums at the frequency of every couple years. Last nights show was nothing short of amazing and it carried out as a celebration of their deep catalog, and their longevity as a dance act that comes to life.