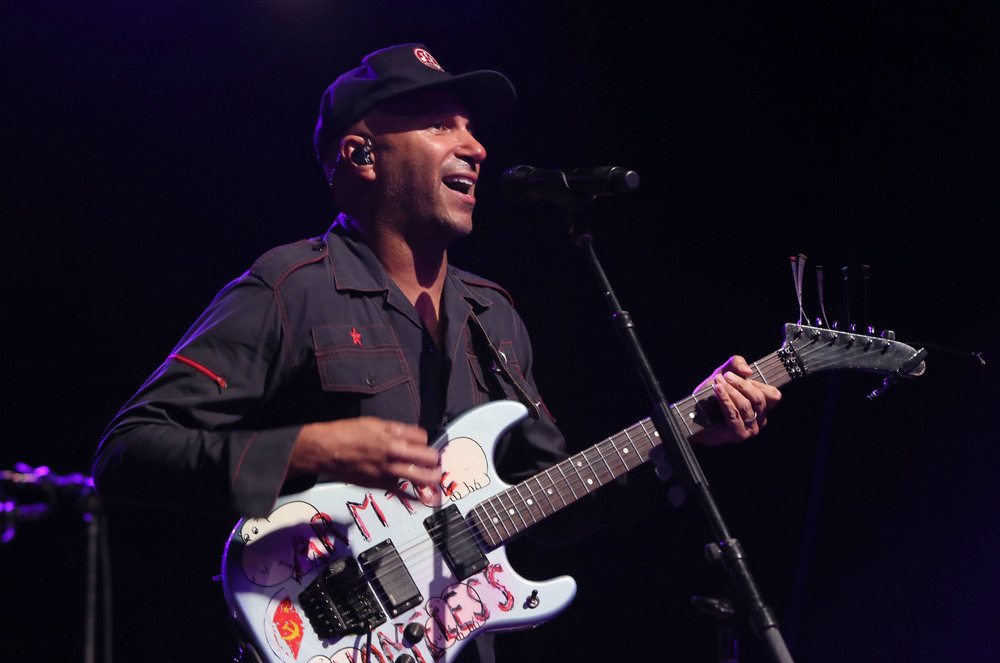 Driving into Hollywood is strange; it still feels weird after all these years, creepy and dirty but also a part of my history, my childhood, my home. I’ve lived in New York and New Orleans, Paris and Amsterdam and nothing is as perverse and life shattering as Hollywood. It’s like driving into the worst and best part of your life all at the same time. I am permanently scarred from the years I lived there but the memories, friendships, loves and tragedies left another kind of mark; the kind that elevated my ability to rapidly adapt and survive. I am grateful that Hollywood forced me to reveal my character at such a young age (more out of desperation than any kind of nobility), but I kind of hate that I can still go back there. Some places are better left in the rearview mirror.

The truth is…I was actually really looking forward to seeing Jackson Browne at The Concert for Social Justice tonight. I grew up with the Running on Empty album and he’s remained a guilty pleasure of sorts. You probably remember Jackson Browne as a sort of late 70’s American soft rock. What you may not have known is that Jackson Browne also wrote songs for people like Nico. He wrote songs that the Eagles made into famous hits and even Bruce Springsteen claims when he wanted to get laid he would go to a Jackson Browne concert because, “That’s where all the hot girls could be found, not at mine.” I had no idea how the Grammy Museum, in partnership with the Robert Kennedy Center for Human Rights, was going to pull off this ambitious Concert for Social Justice: 7 musicians, 5 actors doing spoken word, storytellers and 13-year-old songwriting contest winner, Jade Rhodes, in only 2 and-a-half hours. All brought together under the aim of human rights activism and social change manifestation. A fundraiser for their joint K-12 education program ”Speak Up, Sing Out; Songs of Conscience.”

I sat down with the Grammy Museum’s Executive Director, Bob Santelli just prior to this evenings’ concert and asked him if there was one message he could get across what would it be? He said, “To educate young people that, traditionally, music has always been a part of political change.” And that it still can be. “To teach kids that they can have a socially aware voice through music.” 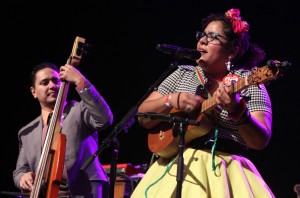 La Santa Cecelia at the Concert For Social Justice

That was definitely a foreshadowing of a theme to come. As each act, artist, celebrity took the stage there was some political story, some personal anecdote that reflected how that person used music to manifest the change that was important to them. Some stories were as simple as honestly sharing a family history, as in the case of La Santa Cecilia’s bass player Alex Bendana. “Our music celebrates our Latin and American family heritage, our bi-culturalness.” Just bringing awareness to his cultural roots and reality was an act of political change for him. This was most articulately displayed when they dedicated a song to “The Field Worker” and then broke into a cover of “Strawberry Fields Forever”, halfway through rearranging it with a Latin beat and singing the vocals in Spanish. For other artists such as Rocky Dawuni, he sees all people as connected, “Branches of the same tree.” For him the greatest legacy a person can have is impacting others. His music attempts to reach some place of conviction within people. 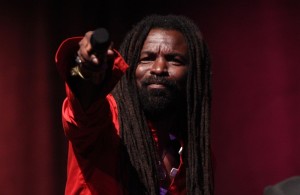 Rocky Duwani at The Concert for Social Justice

Melissa Etheridge shared snapshots from her life history in between songs; the struggle of coming out as a gay woman in music, a pro marijuana and consciousness elevation advocate. For her “freedom to explore consciousness may be the next big issue in our culture.”  Aside from the musical royalty that gave their time to participate in this event, there were also award winning and popular actors like Dennis Haysbert, David Arquette, Chad Lowe, Martin Sheen, and Alfre Woodard, who would read quotes from humanitarian leaders between bands. 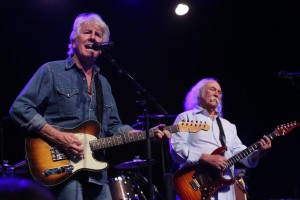 David Crosby and Graham Nash at the Concert For Social Justice 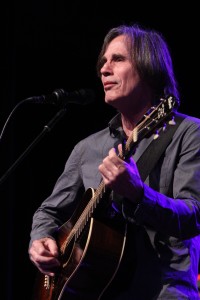 Jackson Browne at the Concert For Social Justice 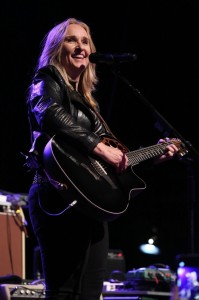 Melissa Etheridge at The Concert for Social Justice 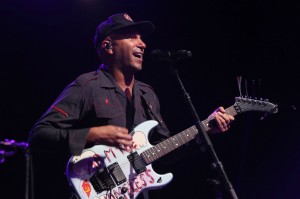 Tom Morello at the Concert For Social Justice

As he took the stage he asked, “Are we in this together?” Everyone shouted, “Yes!” Then he said, “If we are in this together then what is that velvet rope doing separating me from you?” At which point, he refused to play a single note until security removed the ropes in front of the stage. They did and everyone cheered and moved right up to the stage.