Almost every place in the world now breeds the type of angsty teens that pick up guitars to butcher some out of tune power chords. What is it about Orange County, California that continuously, for the last three generations in a row, forms and re forms these amazing scenes that surround dozens of good local bands? Many bands that eventually rise to international fame or at least, notoriety.  Decade after decade the youth of Orange County reject the status quo, vandalize their strip malls, piss in their pools and rock the fuck out.

Once the music industry crashed and burned, you would think that those kick-pedal-carrying kids would remain in anonymity in the solitude of their own bedrooms, never to move out of their parents homes.  Rising from the smoke and the ash of a music industry unwilling to adapt to the digital age comes Burger Records bearing, of all things, cassette tapes.  They are here to service this generations’ insatiable thirst for angst, sex and adolescence.

Burger Records was formed in 2007 by Sean Bohrman and Lee Rickard.  They allowed all their artists to retain complete control of their works and primarily, all of their releases have been on cassette.   If you told a record exec from the 90’s about this business plan you might’ve been laughed out of the building but if you attended Burger Records annual Festival, Burgerama IV at the Observatory in Santa Ana, you would see a thriving, successful music scene both on the artistic and financial side.

I got to The Observatory early on Saturday. I hadn’t eaten yet when I got there. I went to the VIP area to mash one of the free burgers for artists and guests and grabbed one fresh from the BBQ. 4 hours later I was puking in a garbage can and shortly thereafter, I left the festival to continue my vomiting from the comfort of my home. I missed most of the festival! Luckily, Taylor Wong was there and captured some incredible imagery to share with you all. Ironic that I got food poisoning from a burger at Burgerama.  The Observatory has the best VIP setup I’ve ever enjoyed, for a venue of it’s size.  They really know how to treat artists and media during a festival.  I just hope they find a new patty distributor.

Before I had to make my early exit I WAS able to see some bands. Burger veterans, together Pangea showed why they are the big men on campus. Even with an unusually early set time, they worked the kids into a lather. Pangea represent everything I love about Burger Records. I’m not usually a fan of punk that has too much pop in it but Pangea have a raunchy, filthy vibe to them that is authentic and clearly resonates with all types of punk rock kids. 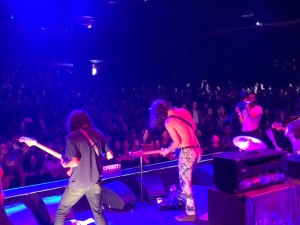 Jeff The Brotherhood at Burgerama

I was also able to check out Jeff The Brotherhood for the first time. They were the highlight of my abbreviated visit to Burgerama. They have a pared down, rock and roll sound and aesthetic. The Observatory room was completely packed and The Brotherhood were able to capture the frenetic and ADD attention span that is common amongst music festival attendees.

The rest of our literal descriptions of Burgerama 4 will come in the form of notes scribbled down by Taylor Wong for this review. Here they are. 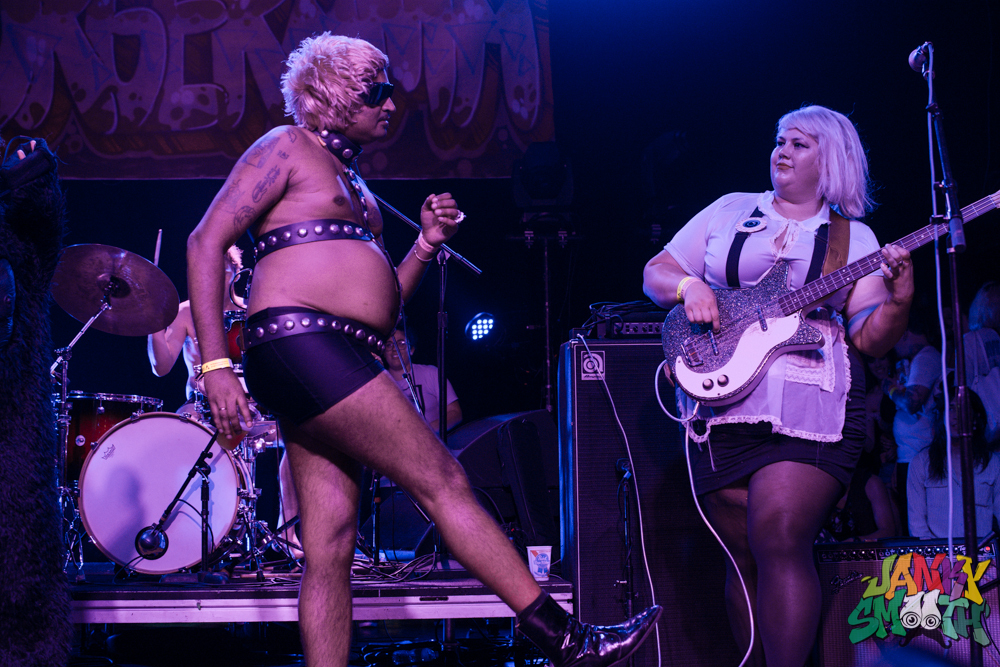 King khan got too wasted and invaded every stage he could (shannon, Thee oh sees, Black Lips, Ty Segall) King Khan refused to end his set playing about 3 encores, including hybrid moments(misfits) and Operation (circle Jerks) 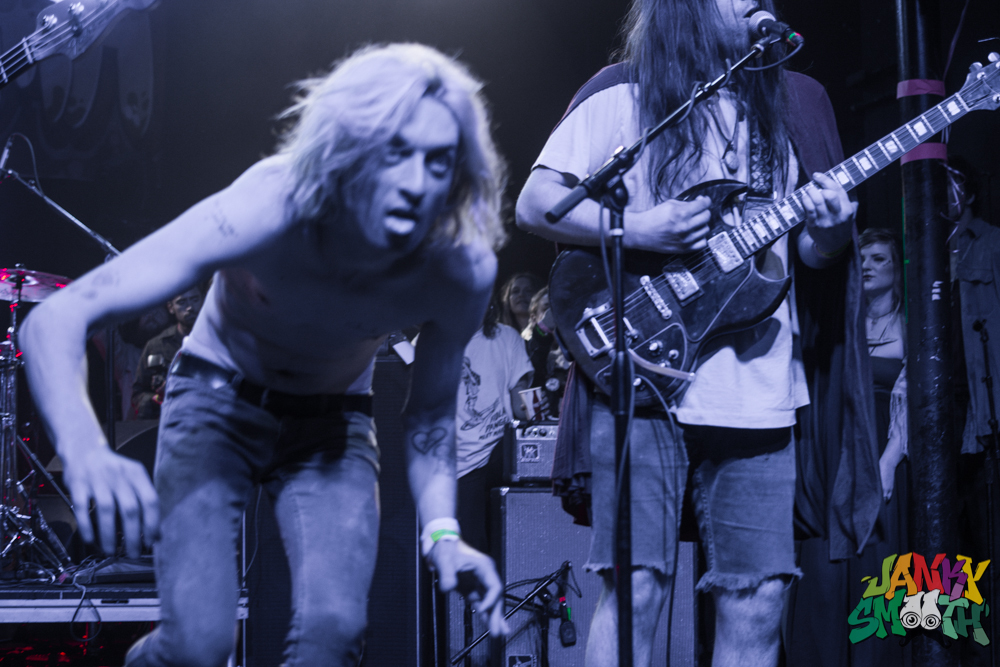 Security was strict that day

White kids crowd surfing to bone thugs bone thugs did all 3 songs they’ve done with dead rappers eazy, pac, and biggie. (my idea by the way, but I’m sure you won’t mention that conspiracy theory.)

Even amongst all the new hardware and software available to kids to make music, we are now in the middle of an analog, psychedelic, punk, surf rock, blues, rockabilly revival, of sorts and Burger Records is in the middle of it all.  If you still haven’t heard of Burger Records, check out their website, YouTube, Soundcloud and then maybe you will find yourself buying a tape player at a garage sale sometime soon.  In this digital age, it is nice to collect something that possesses matter.