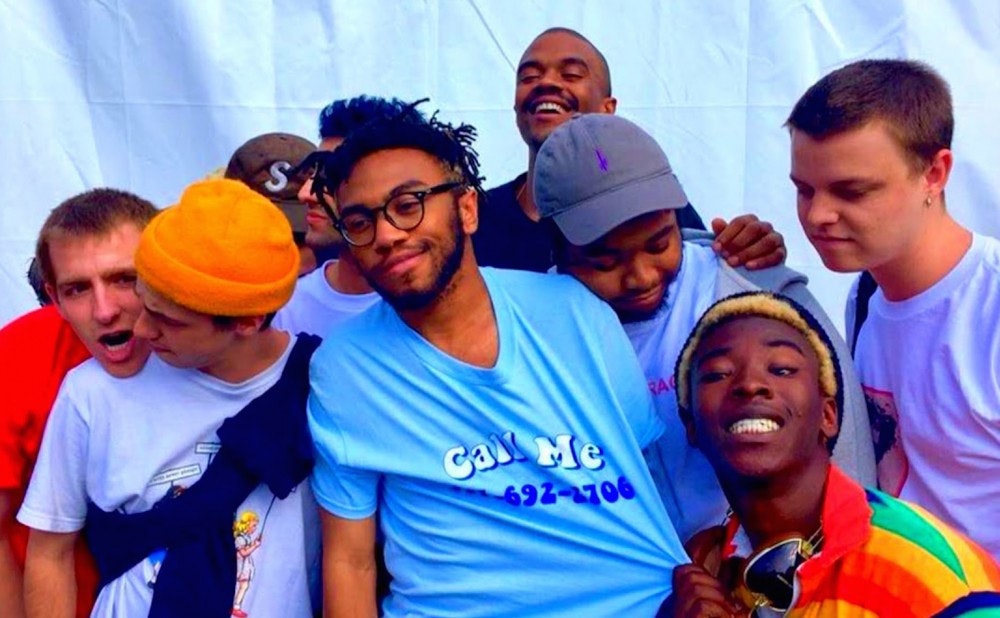 It’s comforting to see that the evolution of the iconic American boy band has landed so gracefully at this spot in the natural trajectory. Brockhampton owes a portion of their success to the VICELAND show titles American Boyband, thus drawing the comparison between the modern-day hip hop collective and the saccharine sweet talkers of the 90’s like ‘NSYNC or Boyz II Men. Truthfully, it isn’t a fair comparison and Brockhampton has defined themselves as a unique tribe of diverse delivery styles. Their first album was good, the SATURATION album trilogy got better and better and then in 2018 Brockhampton brought us iridescence, a new classic to glitter your playlists and binge listen the same way I did with SATURATION III. I was definitely excited to see what kind of crowd they would draw from the depths of Orange County, a place riddled with teenaged discontent and disillusionment embedded safely in the comfort of the suburbs.

Approaching The Observatory, the screen above the box office read ‘SOLD OUT’ in giant red letters. Inside the venue, the crowd was packed into the riser-style standing area with determination, the pit was completely impenetrable. Considering it was a Monday night and the majority of the demographic were high school-aged at best, some accompanied by unenthusiastic adult chaperones, the excitement tangible. The venue clearly anticipated a crescendo in physical activity from the crowd and therefore had turned the air conditioning up to full meat locker temperature, making the proximity of bodies somewhat of a comfort. 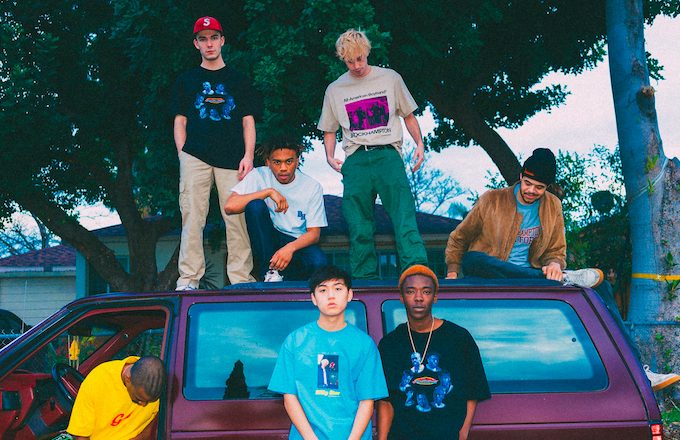 A giant portrait of Freddie Mercury glows from the screens behind the stage as ‘We Are The Champions’ blares and the audience sings along. After a brief video intro, the lights drop and the stage bursts into life. Opening with ‘NEW ORLEANS’, the first track from iridescence. When the video for NEW ORLEANS was released at the end of September, it was my only glimpse into what a Brockhampton show might look like. Sweaty and out-of-focus, the group members stumble through a dense and clamoring crowd. The intensity of this song ignites all of the stagnant anticipation in the room and the crowd surges with their hands raised. The climax comes when Merlyn Wood raps:

God damn, so narcissistic this millennium

Fuck you and the bubble that you livin’ in

I don’t go to church, but I’m so spiritual

Pulled my life out of dirt, that’s a miracle

Mirroring the sentiment of an entire slice of Orange County’s historically conservative demographic, the audience screams each word at the top of their lungs. Seeing the glowing admiration for Brockhampton in the eyes of these young kids, I couldn’t help but wonder if they were as conscious of how deeply the lyrics reflect the internal struggles of adolescence or if the appeal was merely that the music sounds good. And the music does sound really fucking good. Brockhampton has a unique style to where it doesn’t sound like they’re taking turns rapping over a designated beat. The tracks are multi-dimensional in and of themselves, dipping from a steady constant beat to scattered samples. Unlike their earlier albums, iridescence has a more collective and organized sound compared to their earlier and more erratic style. This shift really began in the SATURATION III album but it seems the formula was perfected with this new album. It’s easy to see why the kids ride so hard for this group. I haven’t seen a crowd go this hard for an artist or group in a long time. Girls crying, people throwing themselves at the stage, it really does look a little bit like Beatlemania.

From SATURATION, they played ‘GOLD’, a more suave sample of their earlier work with an infectious hook. These kind of Brockhampton tracks are about as close to pop music as the discography will go but only in a sense that it could get major radio play. With their backs to the audience, Brockhampton played ‘TONYA’, a piano ballad intro to an emotional ode to disappointing your parents and the song selected for the group’s appearance on Late Night with Jimmy Fallon. Kevin Abstract bares his soul in TONYA, reflecting on strained relationships and disconnecting with family. The heartache is real, there’s no cookie cutter lyrics or superficial emotion.

It seems like the favorite hype track is ‘WHERE THE CASH AT?’, meriting a massive physical engagement from the crowd. At this point, I thought it might be in my best interest to forfeit my standing area in the now intolerably crowded third row. Using a vertical tuck-and-roll maneuver, I made a break for the back of the venue where the people over 25 seemed to be comfortably milling around the all-but-abandoned bar. Standing here, I had a better vantage point of the pit and I could see just how stoked these kids were to be witnessing the live show. Brockhampton entertains tirelessly and it’s refreshing to see how deep the admiration for these artists goes with a younger crowd despite the lyrical complexity of their music. Leaving the venue with a newfound appreciation for Brockhampton, I listened to iridescence in a new light for the ride back to L.A.