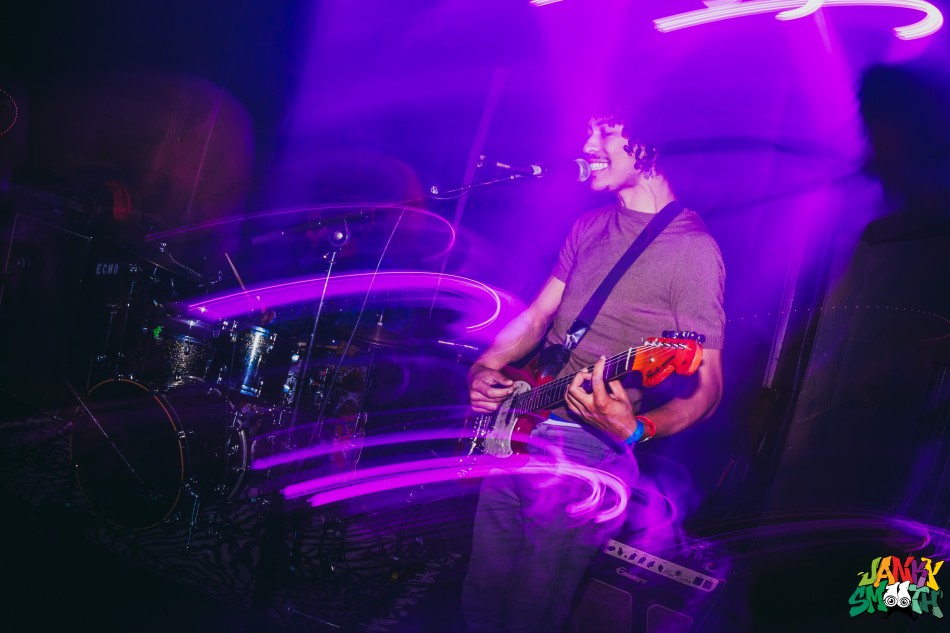 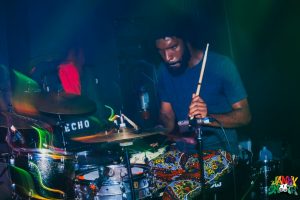 As I continue my education in psych rock, I start seeing these shows as lectures and the artists as professors in preparation for my “thesis” at this year’s Desert Daze. That said, it was refreshing to get an international take on the genre with Boogarins, a band that hails from Brazil and played the Echo as an off-shoot show between their Coachella sets. They were actually the best psych band of the few I’ve seen and drew me closer to understanding and liking the genre more than the other shows I’ve been to.

The first band was another non-American band, Señor Kino, from Sonora, Mexico. Their songs are in Spanish, though that doesn’t deter anyone from reading the feel and joy and changes in tone in their songs. Señor Kino are a surf rock band with a pinch of 90’s alternative and I mean that as a total compliment, like the best kind of 90’s rock. Although the band is rather young, they seem to be emotionally intelligent beyond their years and I sense this solely from seeing them live and never talking to them or understanding their lyrics. I know this because they were able to dive into the emotions of their songs with passion and ease then change that emotion while maintaining the authenticity of the performance. There were upbeat surf rock moments but then there were darker, gothy, almost death rock moments of their set. Their vocalist in particular, Karl Neudert, has life and energy oozing out of every pore when he sings. I can see this band and each of their members going to far and unexpected places. Their latest album, Colores, will chill and thrill you all at once. 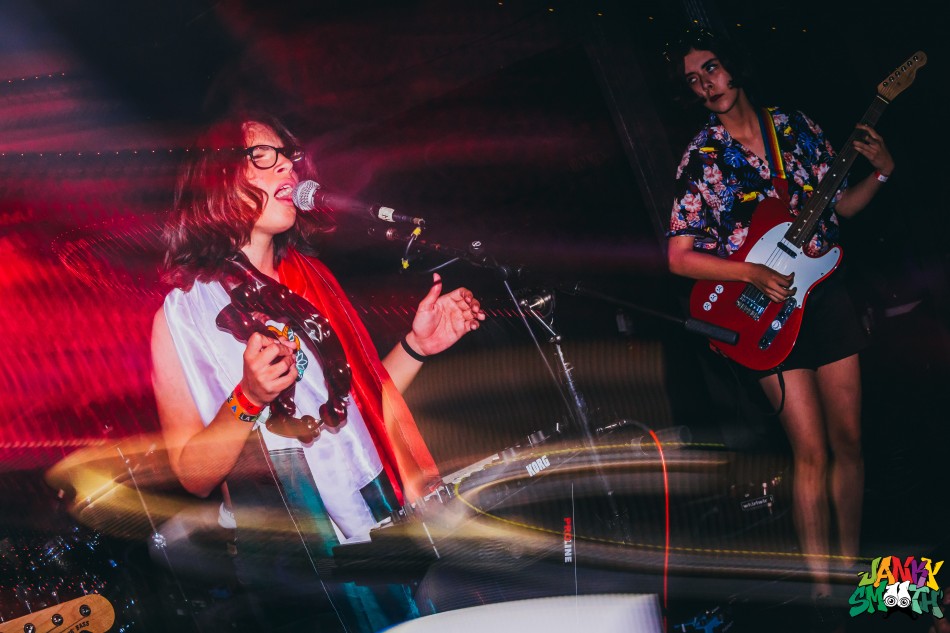 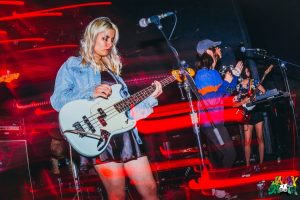 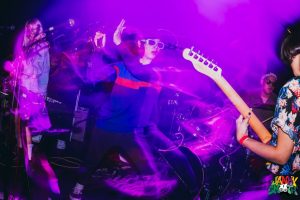 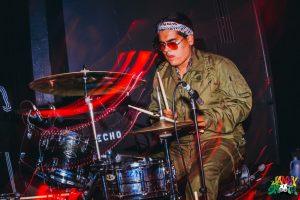 B Boys from Brooklyn, New York, were next, also coming to LA from Coachella, they had a sound that was different than the other bands on the bill. Not only because they were from the states but really because this wasn’t psych or even garage rock of any kind of variety. Though, some sources call them post punk, It’s hard to pin down a name for the sound this band has. With harmonizing vocals from their bassist and guitarist and repetitive lyrics that almost hypnotize you into dancing and head-bobbing, the band reminded of Gang of Four, Pinback, or even Fugazi. Their performance was intense and stirring, with punchy bass to keep you moving. The energy was bouncing from one side of the stage to the next as the singers passed the vocal duties back and forth to each other. 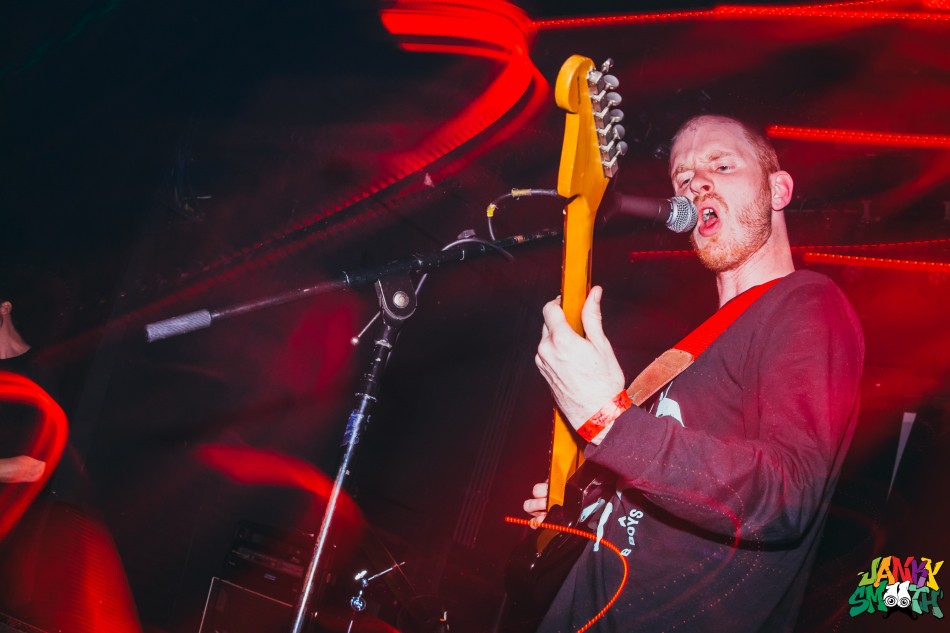 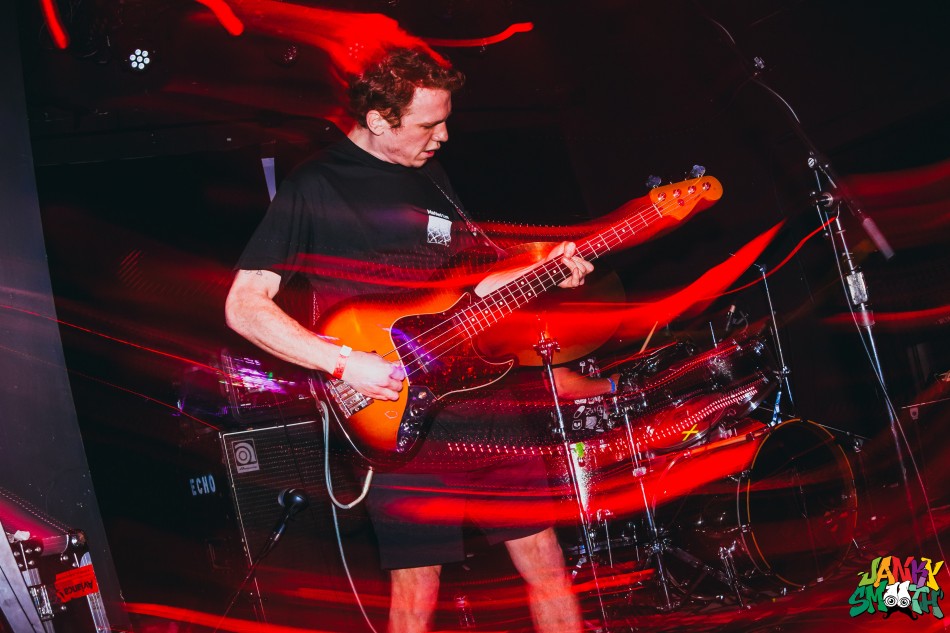 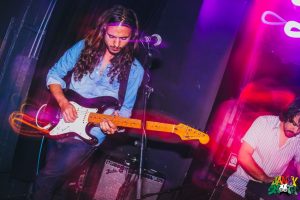 Boogarins came on the stage to a hail of applause. At this point the echo was filled with psych rockers and that means hand-woven ponchos, colorful garments from exotic lands being appropriated for white boyz, beards, long hairs, denim and beenie combos. The band lived up to the turnout and hype though, they had an explosive sound, filled with jelly-like vibrations that uplift you into some transcendental state. You could check into the loony bin saying you’ve been having auditory hallucinations after a Boogarins show and your story might check out with the staff. With every member of the band contributing to the living, breathing, dancing smorgasbord of sound that was each song, this machine of moving parts played the first half of their set in English and the second in Portuguese and it didn’t really seem to make a difference, we were already caught in their web by the first jam. The rhythm created by their viscose, verbose guitars and curious drumming became the perfect vehicle for Dinho Almeida’s chilled out, whimsical, close-to-nature-close-to-God vocals. I’m starting to get the hang of this psych rock thing. Every time I dip into that inter-dimensional gate these bands are trying to open at their shows, I get closer to LA hipster group-think. Bands like Boogarins though, have the master key to that gate and they use it to release all that musical truth and treasure. 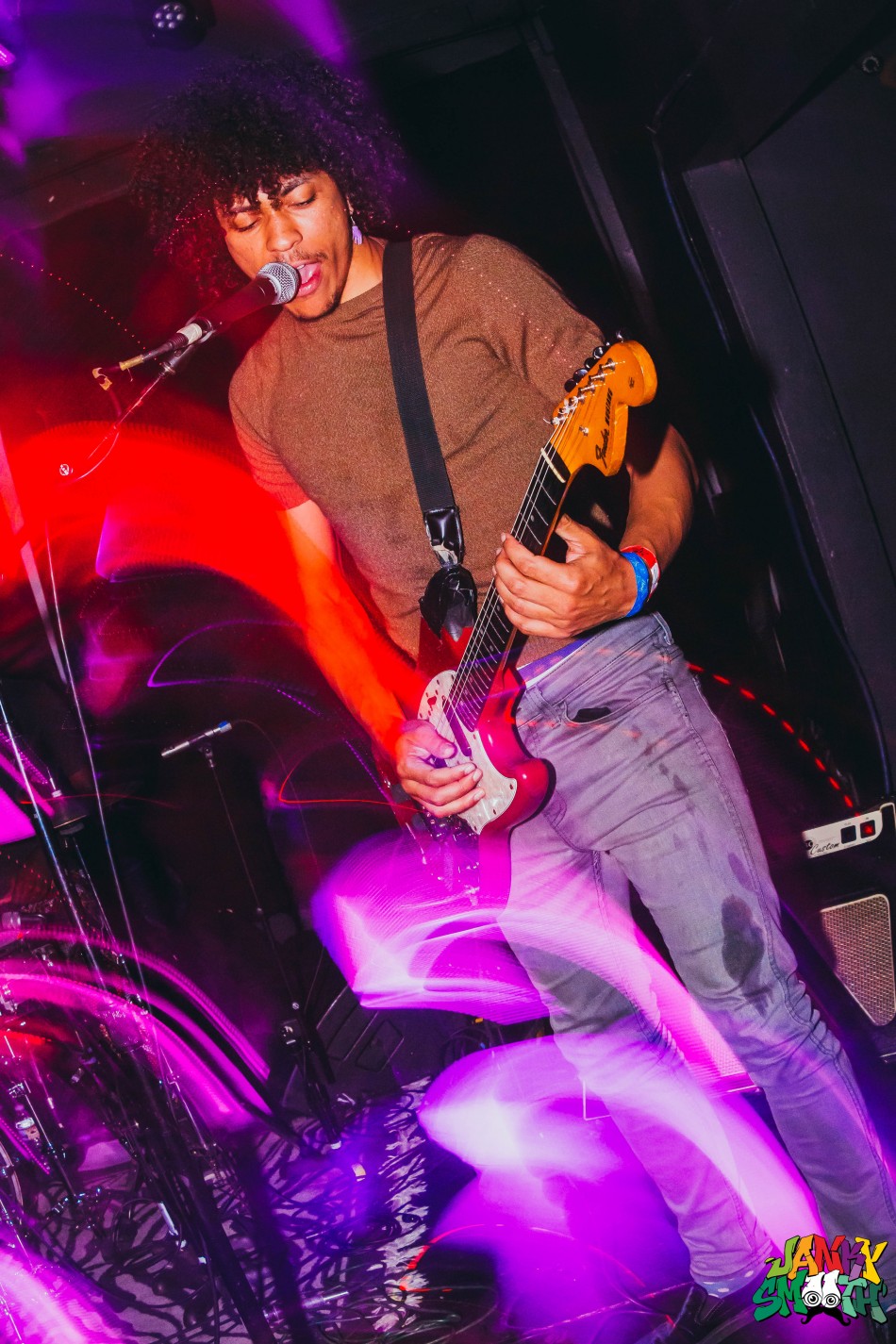