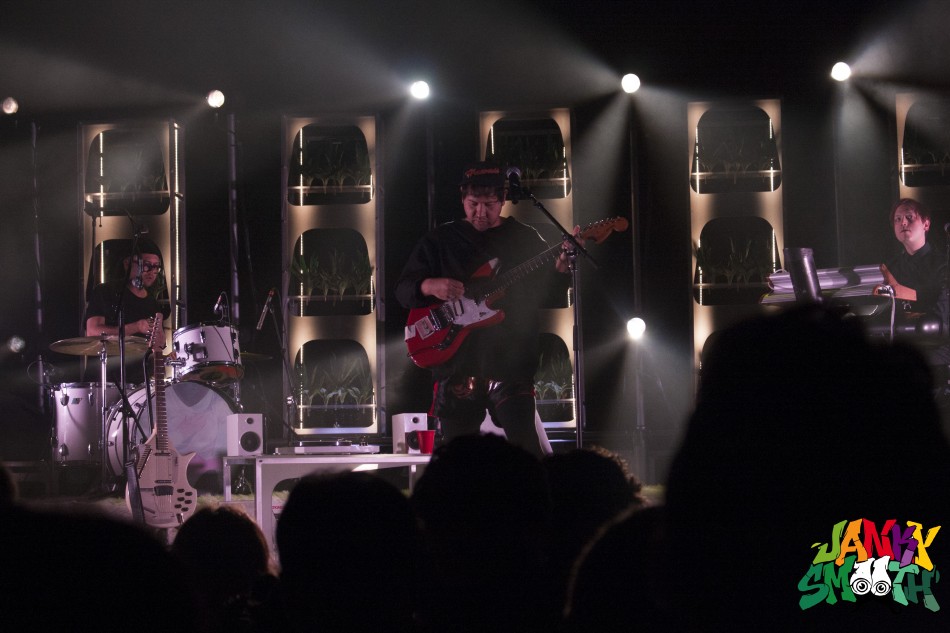 There are times in my life when I don’t listen to new music. Those are often dark times where I do nothing but binge all my old favorite artists – which span about 50 years – from jazz legends to the Beatles to “Crash Into Me” by Dave Matthews Band. The ladder often facilitates sobbing in my car similar to a scene in the Oscar-winning film Lady Bird.

But new music. New music is magical. New music captures the vibe of the times – if done correctly. My favorite artists have always been those who evolve with the changing cultural landscape. Artists like Beck, Prince and David Bowie.

Every time I “discover” a new artist, I learn they’ve existed for years. This makes me feel one of two ways: either taken aback – like I’ve been living under a rock, or excited, like you just met your new best friend.

Even though they tour around the globe, Unknown Mortal Orchestra is still, well, unknown to most music fans out there. At least in my experience.

But they shouldn’t be, because they rock the fuck out and have been putting out interesting albums for years. Here in Los Angeles, our local radio station KCRW plays the shit out of them. Jason Bentley, I’m looking at you. Thanks for introducing me.

I caught UMO at the Wiltern a couple weeks ago and was looking forward to an exciting show full of surprise, wonder and general amazement.

I was generally disappointed, but I’m a tough critic. Which is why I get paid the big bucks to write for Janky Smooth. Actually, they don’t pay me at all—scout’s honor (holds up two fingers and smells them.) UMO came out with the best album of their career this year, entitled Sex & Food. Some of the tracks, such as “American Guilt” and “Honeybee” are truly next level and possess a refined quality and authenticity their previous albums lack. Although they have carved out a successful niche for themselves by blending psychedelic rock with effects-laden falsetto, a lot of their songs are crafted with the same aesthetic. I enjoy the originality or their style, but too many songs are minimalist mumbling mimicking a microphone cutting out.

This is especially true when you see them live. But maybe it wasn’t their fault. The sound guy could have been high or just had a bad day. UMO lead singer Ruban Nielson announced he was sick early on. Or maybe he was recovering from a cold. Not sure which because I didn’t hear his exact words. In fact, I didn’t hear a lot of shit. Like lyrics and snare beats and the intricacies of their dynamic sounds I’ve come to love from listening to their albums. None of that was present. All I heard was a mashed up wall of sound – only the bad kind. Not the good Phil Spector Beach Boys I wish-I-was-on-drugs wall of sound.

Talking to a trusted music junkie friend of mine I ran into at the concert, the venue itself seemed questionable. Not sure if it was the acoustics, the electronic set up, or the Rock n’ Roll Gods cursing them— but something was off. It could have been the band themselves, too. They were already well into their tour, and could have had an off night. We forget musicians are humans sometimes, instead of the colorful, fiery Phoenix type artists we worship them as. The lead singer had a cold, it could have been that simple.

related content: Faith No More Wind Up The Wiltern On Opening Night

I had a good time, but was left unsatisfied. Which brings me to an important philosophical discussion about the nature of live music vs. recorded music. Music used to only be live. Before recording technology took over and changed the world, the only way to see a musician and hear music was to walk your little behind to the local bar or club and see them in the flesh, beating heart and all.

Then came decades and decades of buying physical albums from the store and building personal collections of music to last a lifetime and maybe even pass down to your children. Hard to imagine waiting in line to purchase an album in 2018, but that was a scene that used to be quite common in the 1980s and 1990s. Millennial music fans are squirming in their tight spandex jeans after reading those words. What are they going to pass on to their children…a password to their Spotify account?

Now a days people would rather listen to their iPhone on the couch while scrolling through Instagram than attend a live concert. Millions of people walk around the city with earbuds dangling from their ears, some without cords now – ignoring the world through a veil of compressed sound.

Digital music changed everything, and now you don’t have to own music anymore if you don’t want to. I collect vinyl records, but I also started listening to Spotify consistently this year and feel like I’ve been doing it wrong. Spotify is a game changer. I mean yeah, it relies on the internet and has bad connections sometimes, but you’re talking about access to more than 100,000 albums at any time. Our parents have to be so jealous.

Yet, the irony in all this is that the recording industry continues to struggle, and has since Napster was invented. Sales are down, because streaming services are up. Live concerts are now the cash cow for every record label and band looking to make decent money. Which is good for us in a way, because the ultimate live music experience trumps any album I’ve ever listened to, period.

But it takes certain elements to make a live performance successful. Some bands will never be as good live as they are in the studio, that’s just a fact (*coughs* MGMT.) Other bands— and these are the experiences I’m talking about— not only sound just as good as their albums, but better. They take the songs you know and love and tailor and tweak them for the live audience. They use lights, confetti and even throw in blow up bears or naked people on stage to enhance the experience (think the Flaming Lips.) 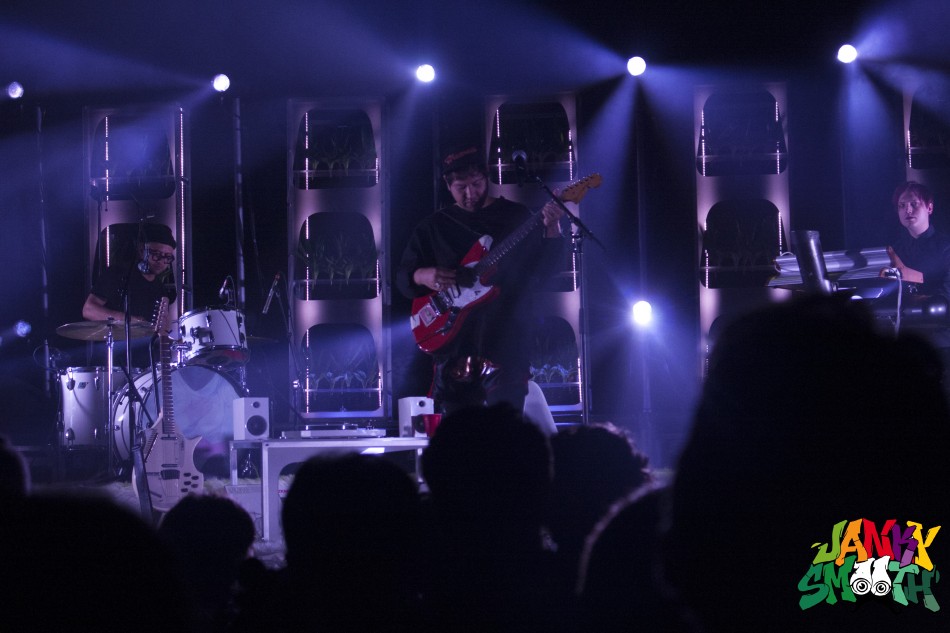 My point in all of this is that I don’t know why I didn’t enjoy the live version of Unknown Mortal Orchestra. Maybe if I see them again they will be better, but maybe not. There are so many other bands to see, it’s unlikely I will buy tickets to an UMO show in the near future. One things is for sure though: I am going to continue to listen to their albums at high volume, because they are a talented band and I’m a fan.

PS: If you’re the type of concert goer who records video of multiple songs on your phone, just stop. STOP. No one is going to watch that video, not even you.