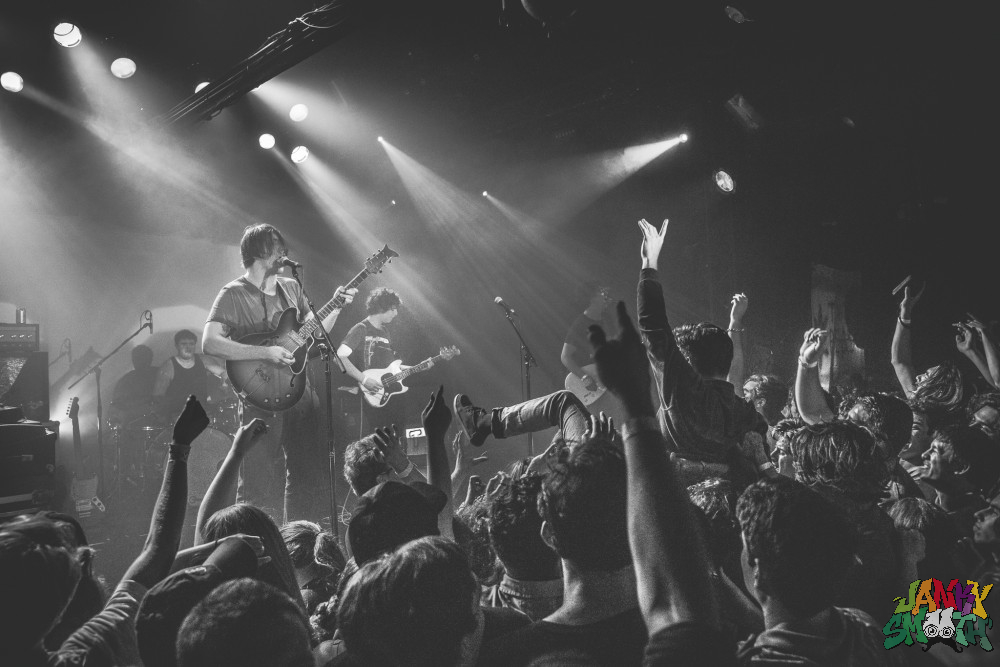 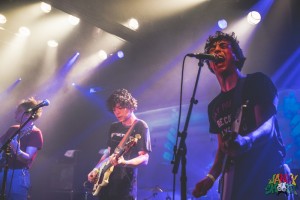 Last week, Chicago, Illinois’ own, Twin Peaks dove directly into an ocean of young, Los Angeles, crowd surfing music fans with an inspired performance at The Echoplex. The night began with the typical, slow and steady pace of early arrivers coming to either party or check out the opening band, Golden Daze. As the show progressed, Ne-Hi drove the early crowd into the highest of spirits with their engaging performance. When I say spirits, I mean alcoholic beverages.  When I say high, I’m referring to the glasses containing the liquid infiltrating the livers of fans being raised above our heads in salute to the valiant performance of the openers.  They don’t call alcoholic drinks spirits for nothing,

The audience inched closer and tighter to the stage. The room was dark with only a small television turned on with white noise, static and the letters “TP” spray painted on the screen. With anticipation, fans screamed for the band and then, one by one Colin, Connor, Cadien, Jack and Clay glided onto the stage. Twin Peaks opened the show with “Butterfly” from their new album Down In Heaven, causing the first movement in the small sea of people. 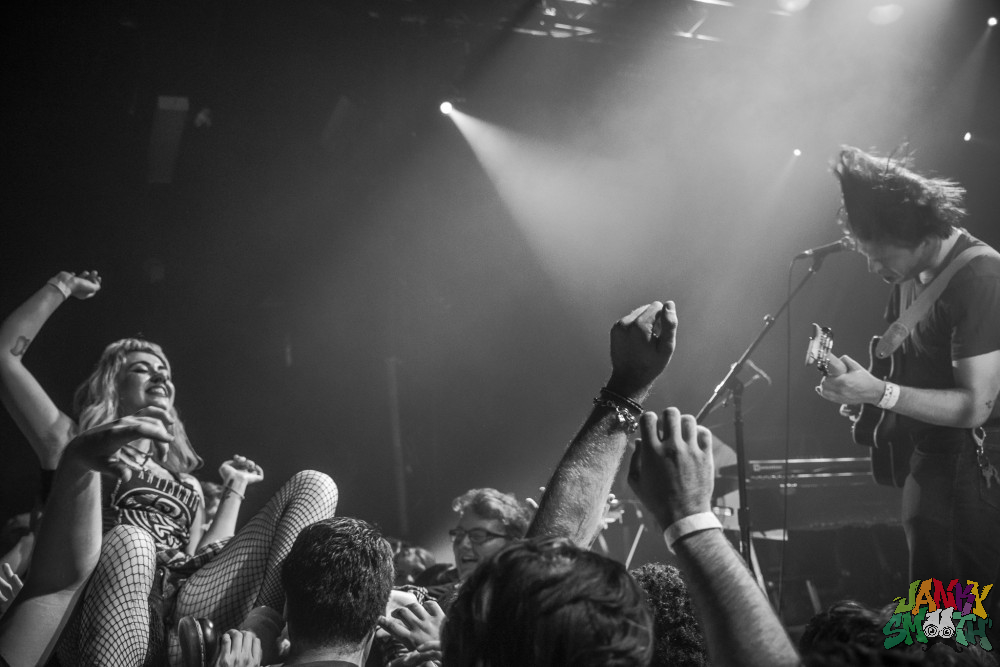 Hands went up, reaching out to the music, trying to grasp every word and note.  The audience was familiar with their music and sound.  Cadien, Jack and Clay serenaded the crowd and the audience echoed their words and melodies.  The tide started to rise and the kids in the crowd began to get rowdy. Twin Peaks progressed into older songs from earlier albums and songs like “Boomers” and “Making Breakfast” created a tsunami of bodies.  It was natural but it wasn’t exactly a disaster.

I have never seen so many crowd surfers at a venue in my life. People were crowd surfing all the way up to the stage where they would momentarily dance with the band members and then jump back into the ocean. Even Twin Peaks seemed a bit taken aback at how many people kept getting on stage and how close they would stand right next to them before diving right back in.  Not everyone came out of the water unscathed.  There was one unfortunate girl who mounted the stage and jumped right onto the concrete floor. Twin Peaks continued playing but the looks on their faces couldn’t hide the concern. Not to worry, though; the girl popped back up quickly and began jumping around like nothing happened. The energy radiating from the crowd made Twin Peaks even more hyped up.  No fucks were given. 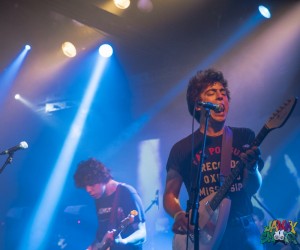 Cadien, also known as “Big Tuna”, shook his head around like he was insane and swung his guitar wildly. Everyone standing close to the stage tried yelling out his name to catch his eye. One song that particularly stood out, which I can’t get out of my head, is the first track from their album Down In Heaven called “Walk to the One You Love”. It seemed like every single person in the building sang with them. It was like a choir of angels singing together, or in this case, more like wild eyed demons. Between songs, bassist Jack would talk to the audience and he would say “Let’s get nutty, Los Angeles! I wanna see you get nutty.” Nutty sounded like an understatement or euphemism in retrospect.  People were flying, jumping on and off stage, swimming wildly in the sea of people. One girl in nothing but fish net stockings jumped on stage, refusing to get off before she stole a kiss from Clay’s cheek. We all know he enjoyed that. 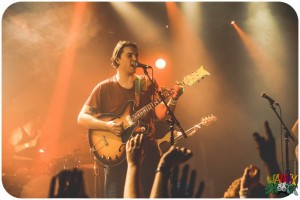 After the band announced that they would play their last song, they walked off stage with the lights turned off and the TV left as the only glow in the room. The crowd stayed intact, waiting for an encore from the band and within a few minutes, Twin Peaks came back on stage. Colin and Cadien give each other a kiss before the band played my favorite song, “Wanted You”. There was so much joy and fun present between the audience and the band and it was an amazing way to end an insane night.  After it was all over, I got to meet Jack and Cadien and let them know how much I loved the show. As if they needed to be reassured. All night the audience was transformed into an ocean of pure enjoyment as the never ending waves of kids crashed at their feet and into the their surfboards; the stage of the Echoplex in Los Angeles.