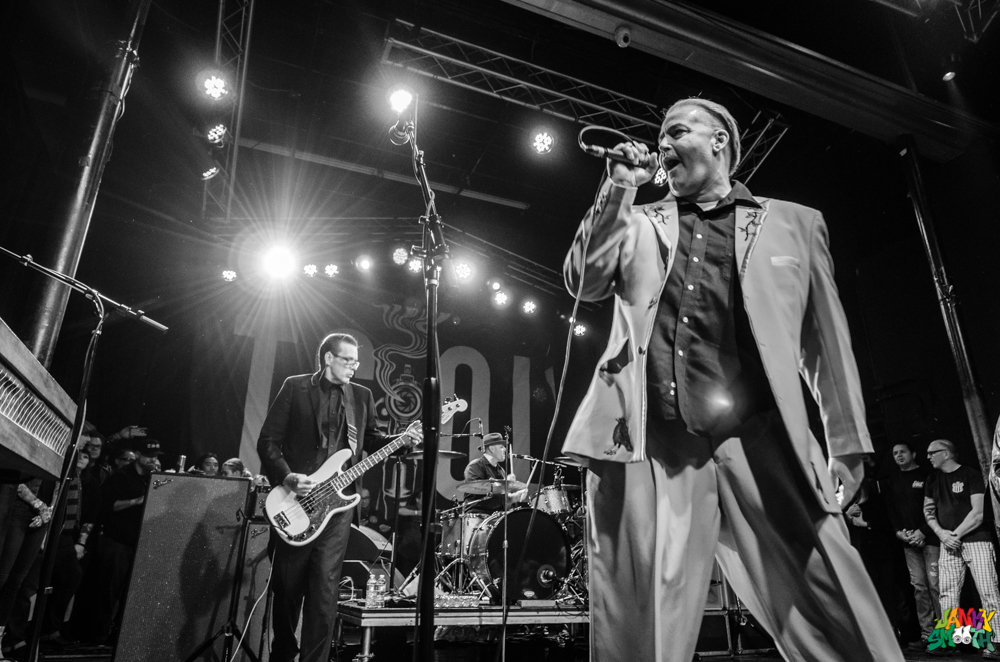 The importance and relevance of T.S.O.L. hasn’t diminished one bit after 39 years of music through thick and thin, break ups and reunions. On February 4th, liberty’s true sons held their record release show for The Trigger Complex at the Observatory with support from Dwarves. This was a big night for Jack Grisham because he was also screening his short film Code Blue which he co-directed with Susan Dynner and was financed by fans through a kickstarter campaign. 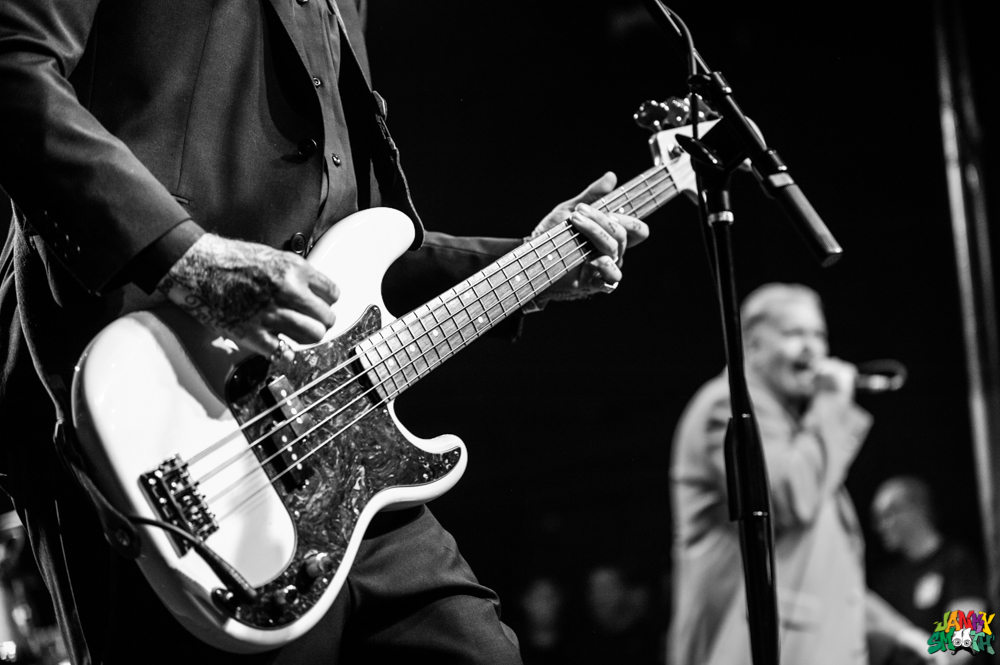 Code Blue is about a high school misfit who scores with the high school hottie only to prematurely ejaculate his way into becoming an even bigger outcast after she shames him on social media. A few days later, the hottie dies and our hero is threatened by his mother with enrollment into military school. So, he runs away to the morgue and finds the girl he never satisfied. He makes love to her corpse, imagining that she’s enjoying him, only to be interrupted by cock-blocking cops. The film ends with our hero in a mental institution. His cellmate says “fuck the police” and our hero replies “only if they’re dead.”

Kim Fowley once aptly described punk music as B-movies on record.  Well, this B-movie was punk music on screen. Outrageous, obnoxious, and offensive, it became clear that T.S.O.L. haven’t forgotten what fuels this genre.

Playing their new album and classics, they treated a hometown crowd with enough punk to start “the revolution” right then and there. One should expect politics to rear its ugly head at any T.S.O.L. show.

Author, filmmaker, and singer Jack Grisham lectured the audience to respect the 1st Amendment and 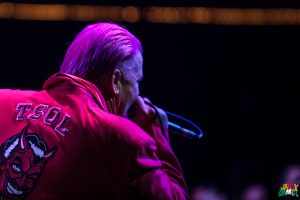 let abhorrent opinions be heard because if it wasn’t for freedom of speech then punk music wouldn’t exist.  He used the word “fascists” to describe the people with these abhorrent views, a title that I wouldn’t use but I’m still happy to hear him say it because I find myself defending people on the right too often from the douchbaggery of the left and honestly, I hope I’m proven wrong. Freedom of speech is a sacred thing but it may be the sacredness of things that get in the way of freedom. All I know is, I don’t mind punks throwing the first punch at KKK rallies. I don’t know who’s right but just in case, myself and Jack are wrong, I’ll leave this here:

“If fascism could be defeated in debate, I assure you that it would never have happened, neither in Germany, nor in Italy, nor anywhere else.” – Frank Frison, holocaust survivor

The Trigger Complex feels on the pop side of punk, with polished, catchy songs one might’ve heard in the 90’s. I don’t mind T.S.O.L. veering away from what fans expect or hope. In all honesty, I wouldn’t ever put the Trigger Complex on. It’s not what I tune into T.S.O.L. for but when they showcased it live, they didn’t give a fuck. They played those songs unapologetically, knowing there’s a good chance that fans couldn’t care less. Jack Grisham even mentioned how he was playing those songs for himself. And from an ethical standpoint, it’s okay not to ever play this album. If one looks at T.S.O.L.’s discography, you see greatness but lack of “continuity”, which in their case worked. 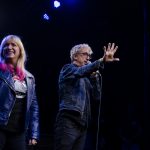 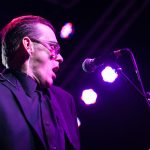 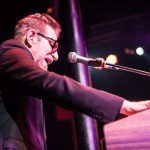 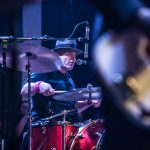 My favorite T.S.O.L. record is Change Today?, their goth album. I was hoping to hear them play some of my favorites off that album, like “Red Shadows” or “Flowers by the Door” but sadly, my hopes were dashed. 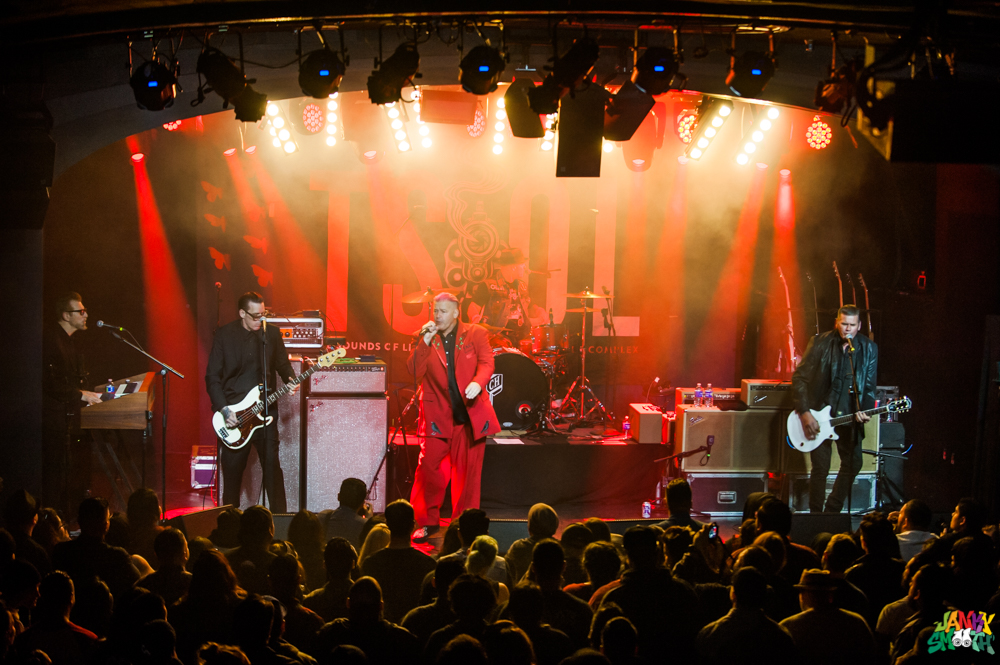 T.S.O.L. at The Teragram Ballroom

I planned on going to their next show where they’d be supporting Tiger Army with No Parents at the Teragram, in the hopes of hearing those songs from Change Today? but was shit out of luck again. It’s alright though, I love T.S.O.L. and recognize them as one of the best punk bands of all time. 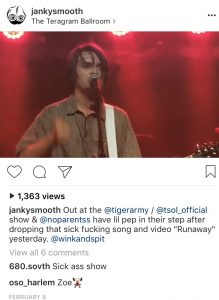 2017 has barely begun but already, a slew of new music has been released from great bands, young and old. Three of which, shared one stage at the Teragram Ballroom to support their new shit.

I don’t know what it was, perhaps it’s because The Carson Daly Show was filming the event, but that night, the sound mixer at the Teragram had made the music sound better than any night I’ve ever been there.

No Parents opened up the night early at 7:30pm with new material from their 7inch Chix in L.A. They sounded crisp and clean and made rock and roll fun and catchy again. These guys have a certain inexplicable frivolousness to their stage presence and approach to performance. Zoe Reign drops his guitar, Ryan Mcguffin’s guitar stops working, Ryan picks up Zoe’s guitar and starts playing it but it doesn’t work right away, so Zoe helps Ryan start it back on while singing. This didn’t hinder their performance though, it actually enhanced it somehow. There’s just a certain give-no-fucks attitude they embody in everything from how they play, dress, and occupy the stage.

No Parents’ songs are what punk was meant to be at its inception. Musically reminiscent of The Kids, who I saw at last year’s Berserktown 3. Offensive for the sake of getting a reaction, catchy, short, and fast. The same thing Greenday was doing when they came out with Dookie. I don’t see why No Parents’ formula couldn’t bring them the same heights of success as the first of two Gilman Street bands I will mention in this article, though I doubt they’d ever sell out as much.

Going on second was T.S.O.L. and again, Jack appeared in the same red devil suit only this time he was auctioning it off for $1,500 to feed the homeless. The set generally went the same as their record release show only they went deeper into political banter. Jack gave us good advice like not to pay our taxes. He also told a story about a Warped Tour years ago when the audience was throwing trash, which included condoms, at the band. For $50, Jack dared anyone in the audience to come on stage and teach everyone how to put on a condom. So, when a young man did just that, the police were looking for Jack after the show for soliciting prostitution. 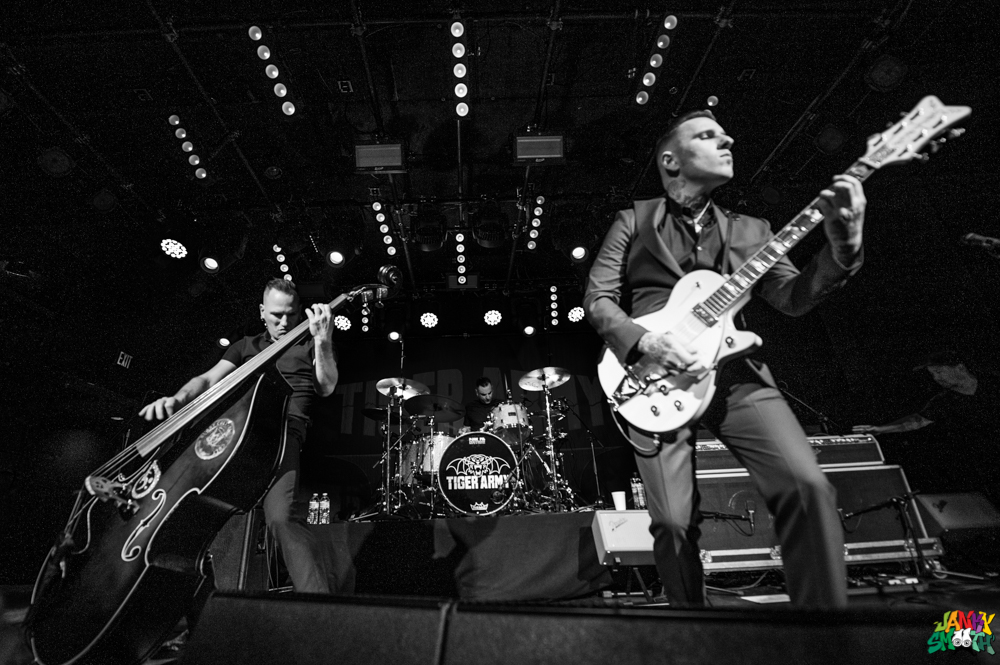 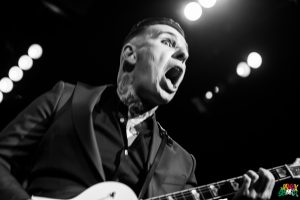 Tiger Army has some die-hard fans. The first thing I noticed upon entering this show was that slicked back rockabilly hair cut EVERYWHERE.  I too am a fan of rockabilly and psychobilly, Slim Jim Phantom is actually my favorite drummer, so I went to every Headcat performance I could. Tiger Army though, takes this style of music to a new height and this brings us to my earlier reference of Gilman Street; I’ve never heard a 924 Gilman Street band that broke nationally that I didn’t like.

Tiger Army were able to pump up us with trashy ballads that harkened the tone of a Spaghetti Westerns with whirring organs and old west backup vocals that Ennio Morricone might use in The Good, the Bad, and the Ugly. What Tiger Army has in common with that genre of cinema is more than just a tone, though. Spaghetti Westerns were made by Italians who didn’t live the Wild West but instead, perfected it as outsiders looking in. The same can be said of a bunch of punks from Berkeley deciding to make rockabilly music. 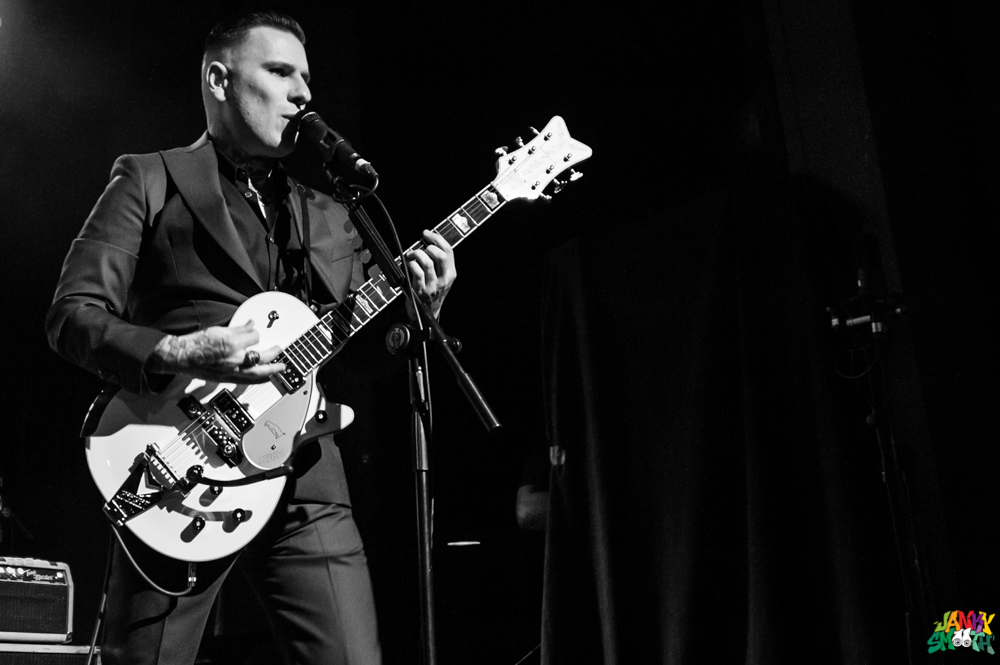 Tiger Army held us in the palm of their hand as heartthrob-prick-band-leader, Nick 13, would slow things down and make the ladies swoon with songs like “Dark and Lonely Night” then speed things up again with songs like “F.T.W.”  When they played the song “Pain” the entire audience joined in for a sing-along. Hearing old school rock guitars and stand-up bass to lyrics like Fuck the World really gives me hope for music. 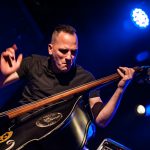 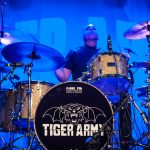 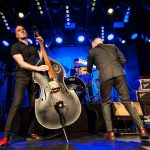 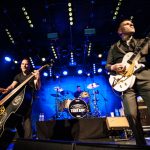 I call Nick 13 a prick because he made sure the venue turned off the A/C claiming it hinders his singing. So here I am, all 250 lbs of me, sweating my balls off trying to figure out why I can’t enjoy the music fully and I hear the murmur of people bitching out loud about how hot it is. And on top of that, Nick 13 had the audacity to tell the audience not to smoke so much weed and that smoking weed was only cool in the 50’s. I understand that rockabilly is a drinker’s fuckin’ game but in Los Angeles we make the party rules and your bitching, Mr. 13, only validates our bitching, my bitching, little bitch.

By the end of the show, sweat had saturated the hot Teragram air. Outside of the venue, Downtown L.A. was so foggy that you couldn’t see the next block ahead. I went into that foggy night whistling T.S.O.L. on a psychobilly high then disappeared into the night.