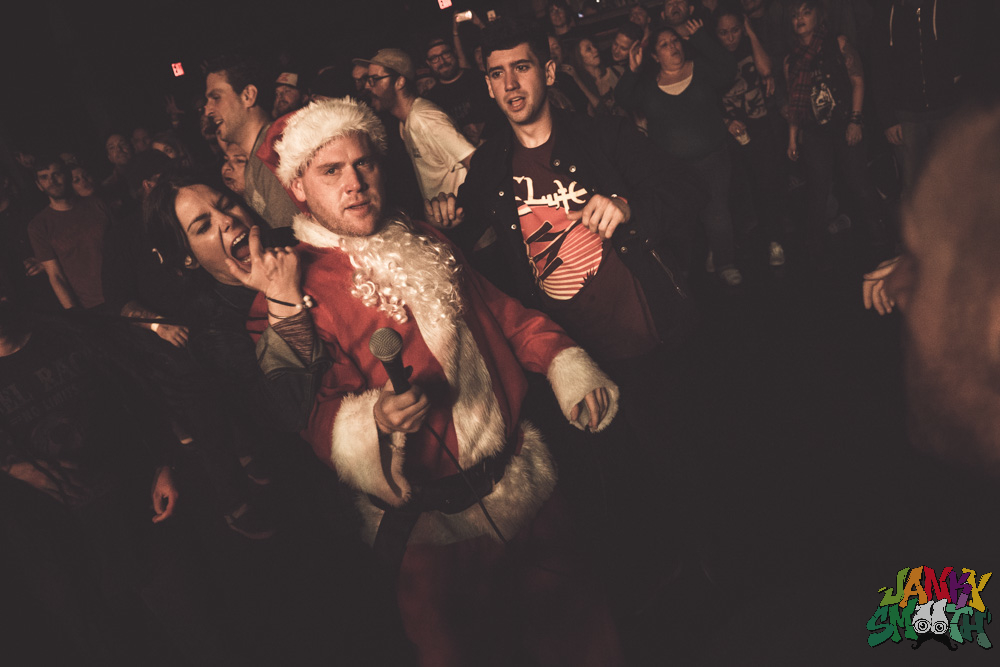 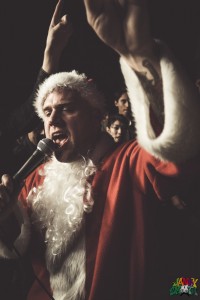 For those who spend time thinking about it, the evolution of punk rock is a fascinating progression. From it’s origins of out of tune power chords being banged out as an expression of rage and frustration by a minority of well informed youngsters, to it’s corporate acceptance and well polished image of typical teenage angst, it just won’t die away, as predicted.  To me, The Bronx are the apex of the punk rock format.  A group of ultra talented and polished musicians with one of the most charismatic frontmen in any genre.  I think The Bronx have stretched punk rock to it’s furthest limits with musicality and raw power.  Last week, lead singer Matt Caughthran and crew brought their White Drugs Xmas Party to The Teragram Ballroom for two consecutive nights of holiday cheer.  Night 1 featured The Bronx spinoff, Mariachi El Bronx and a complimentary set of opening acts and Night 2 featured The Bronx OG format.

After seeing Mariachi El Bronx a couple times in 2015, I opted to go see The Bronx for the first time in awhile.  Also on the bill was yet another project by Caughthran, The Drips along with San Diego Noise/Grindcore outfit Retox. 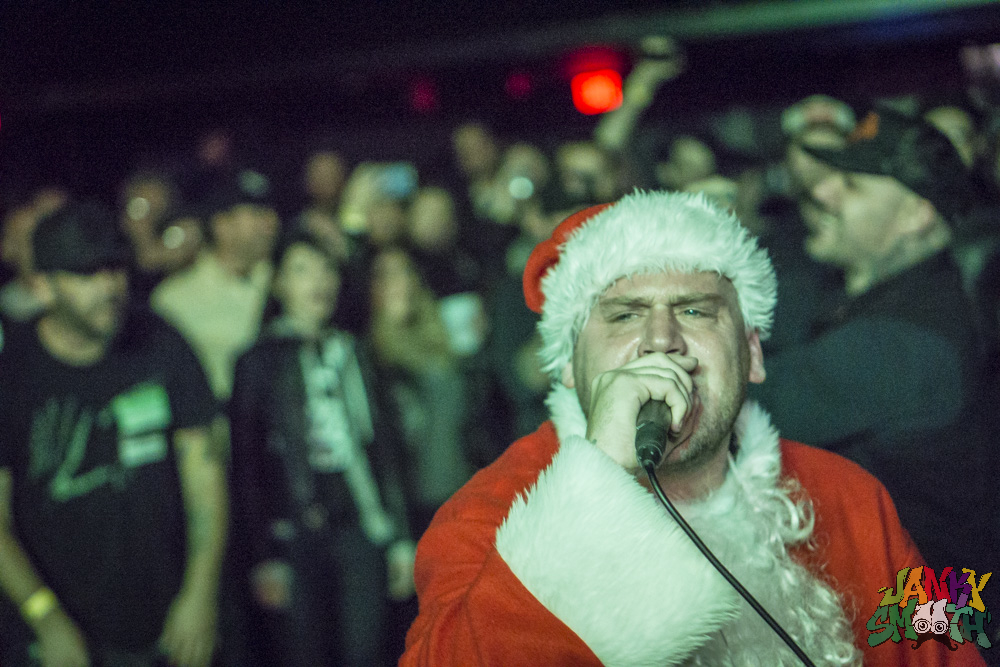 The Drips played their set and immediately, the gratitude and contentedness of Matt Caughthran beamed from the Teragram stage.  I have only met Matt a couple of times but he seems like one of the most thankful individuals in music. 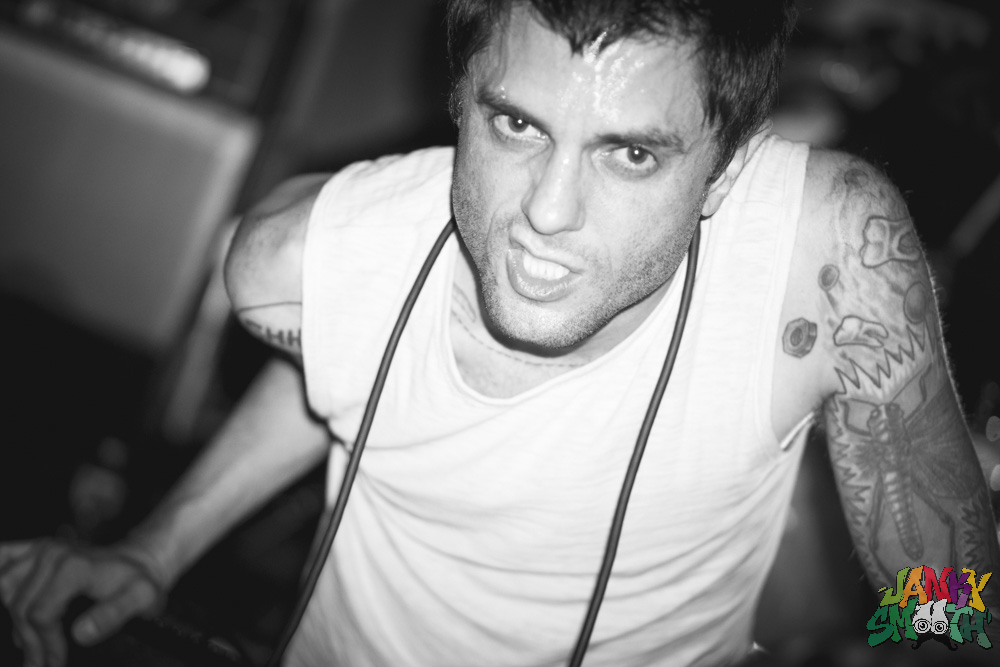 That set gave way to the dead pan and somewhat dismal outlook of Justin Pearson and Retox– another reason I chose night 2 over night 1.  Retox are one of the most original bands in hardcore music, at the moment.  Machine gun snares and dissonant chords are a hallmark signature of all Pearson projects from The Locust to Head 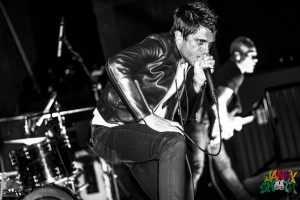 Wound City to Retox.  Pearson started the set with a speech on the dismal outlook of the social and financial structure swallowing the USA and the state of affairs that are starting flush the American Dream down the toilet.  In a statement of solidarity, he dismounted the stage and performed the entirety of the opening song from the men’s bathroom.  There was no holiday cheer contained in the Retox set.  It’s difficult to pair Retox with any other band.  The Retox fan base is different than The Bronx fan base and that is a common theme for the band when they are selected as an opening act. ‘Twas the week before Xmas and all through the club, not a slam pit was stirring for Retox in the pub.  Retox were well received but people opted to watch rather than participate. 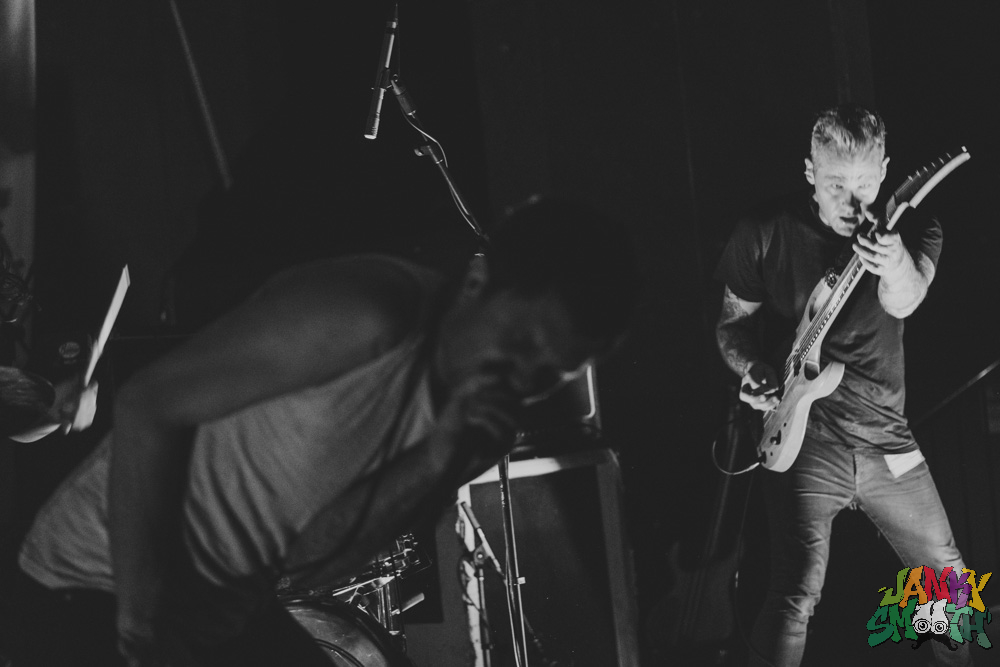 That all changed once The Bronx took the stage.  Matt was dressed in a full Santa suit and did not sing one song from the stage.  He opted to stay on the floor as all chaos broke out and The Bronx enthusiasts lost their fucking minds.  The one thing that was constant throughout the evening was the smile on Matt’s face. 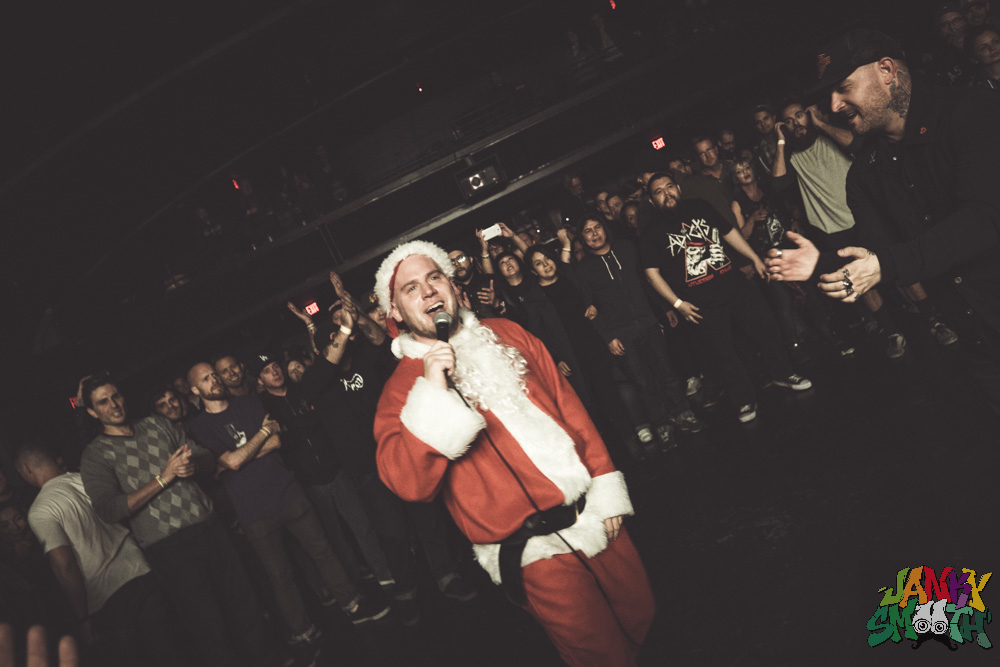