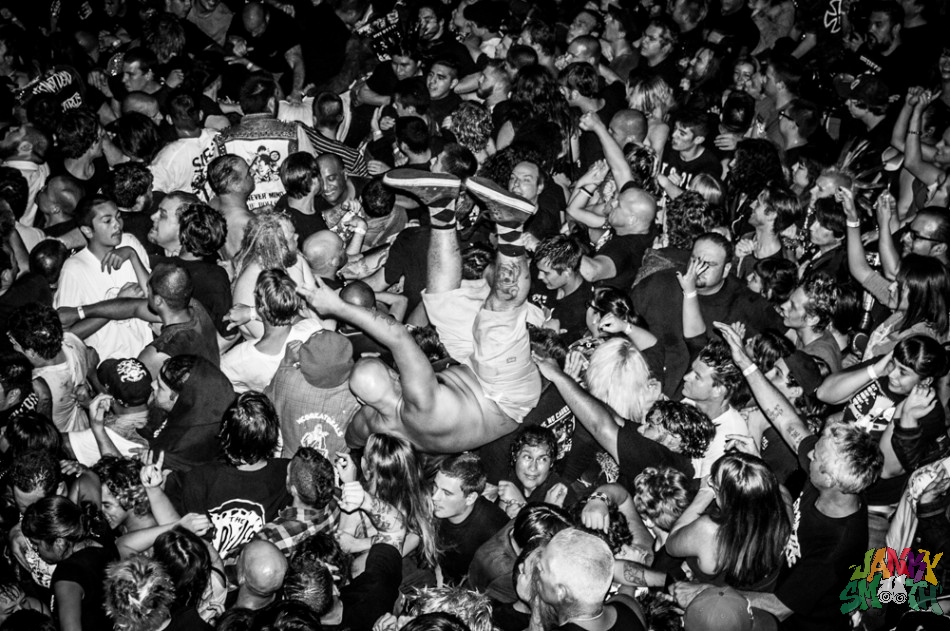 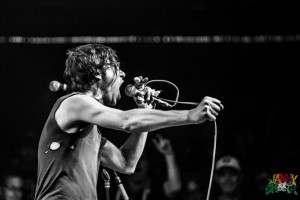 If you think punk’s dead, then you don’t know Dick! From Wiltshire pubs in 1980 to present day Southern California clubs, Subhumans have been consistent with inciting anarchy and pushing their non-conformist ideals for over 36 years. Friday night’s packed Subhumans show at The Observatory was a great representation of this, with a multi generational crowd ranging from 2 to 70 years of age. Seeing the varying age groups really put the Subhuman’s history into perspective. The elders of the punk scene seemed to be rehashing teenage nostalgia while newcomers simultaneously were experiencing this punk rock rite of passage for the first time.  Subhumans were also joined by Kicker and Raukuous on this tour.

related content: OG’s, Toddlers and Whiskey for The Weirdos and Adolescents 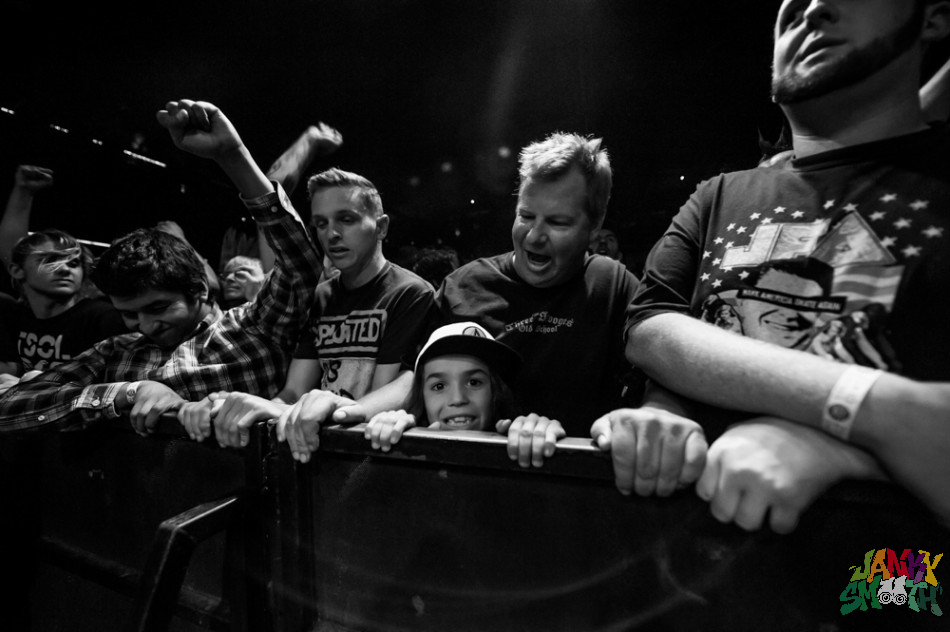 Subhumans All Ages by Jessica Moncrief

With all the perils of the world and an exceptionally ridiculous election season, so many feel like the world is more fucked now than it ever has been. Truth is, it’s always been fucked! As Dick Lucas segways his songs through short political rants covering everything from wage inequality, animal rights, racism, and of course the evil two party system governing America, I couldn’t help but think how his shows were probably very much the same in the 80’s. Same bullshit, different players. The Margaret Thatchers and Ronald Reagans of the 80’s that secured their roles as super villain politicians and inspired protest songs for many Anarcho-Punks, have been traded in for Trumps and Clintons of today. 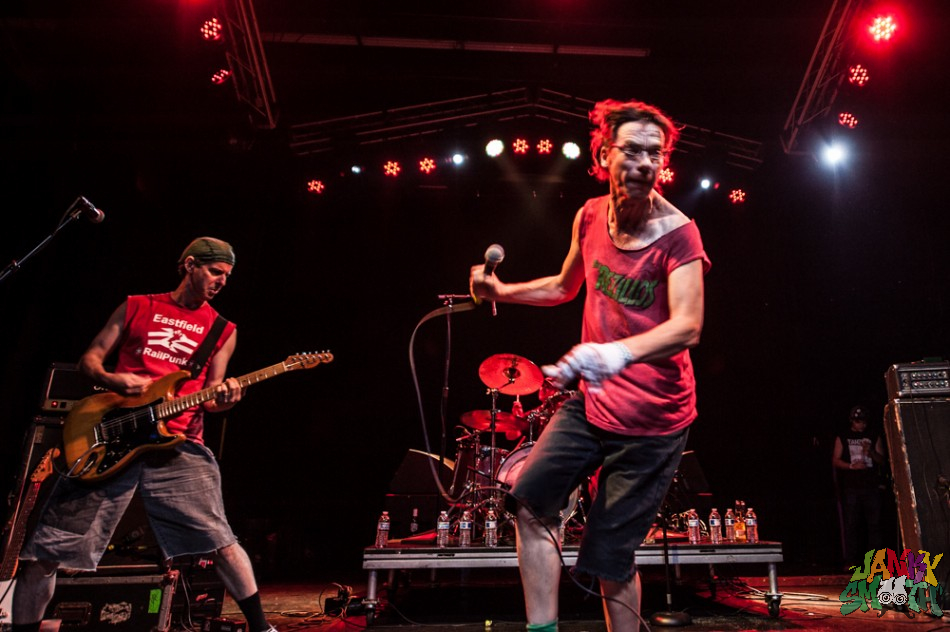 As the Subhumas projected their rage, the cycle of energy continued as the crowd reciprocated with vengeance. The standing area looked like a full out war zone with bodies being hurled from every trajectory. While the pit was intense, the brotherhood among punks remained in tact and when someone fell, they were helped back up.  No fights, only unity, bruises, busted noses, and smiles as bodies crashed into one another.

Of course, they saved “Micky Mouse is Dead” and “No” for the encore which gave show-goers the second wind they needed to finish off the night strong. In this day and age, some punk shows lack the energy of yesteryear, however, this is not the case for a Subhumans’ shows. If you have a chance to catch them on their next tour, take advantage of it. You won’t be disappointed, and to top it off, they still sound great live.