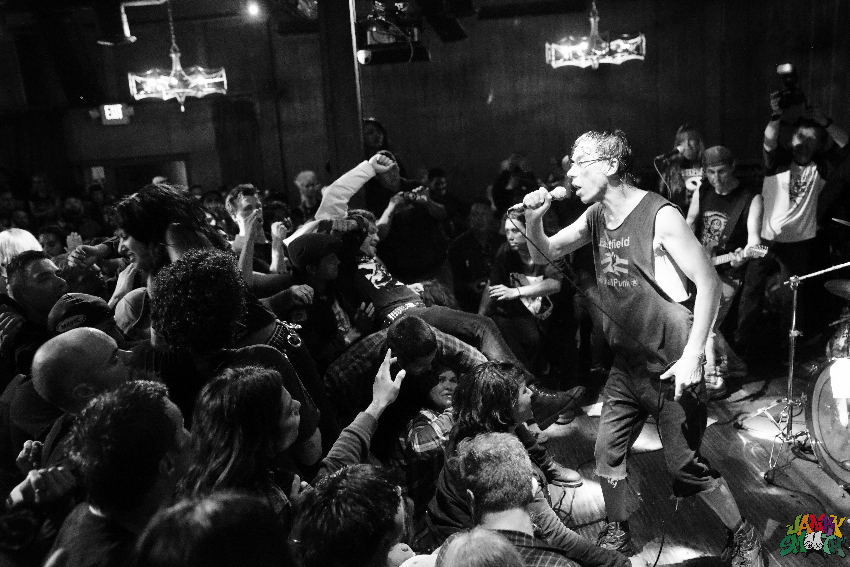 On an ordinary Monday night, I walk down East Sunset Blvd with my camera.  I dip into the tattoo shop to say hello to a friend as I make my way down the street in the early evening, Los Angeles “magic hour.”  There are a few teenage gutter-punk kids smattered randomly around the boulevard as I walk up to Club Los Globos to document the Subhumans gig- there’s no line… I’m early. 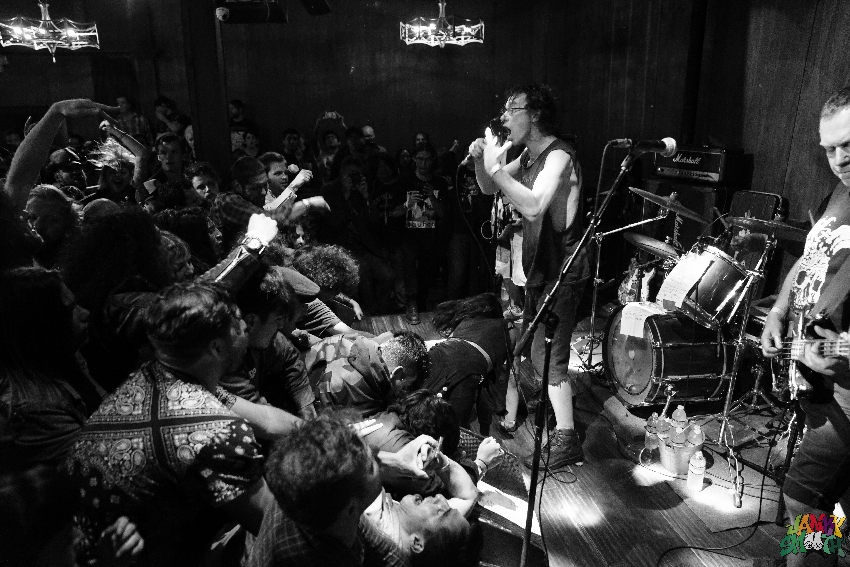 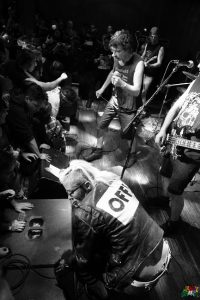 I stake my position to the right of the stage on a small riser with a column that reaches up to the celling, which proves invaluable later, and I people watch as the crowd fills in through the opening bands.

The frantic buzz, the electric anticipation, it all begins to crackle as the notable Oakland band, The Love Songs, finish their set.

The club is a mix of every kind of fan imaginable- young, old, punk and the ones that the highly dogmatic call “posers”- just open minded, intellectually curious folks, is all.  Even though they know not, they are open to a historic moment when their more well versed friends tell em one is coming- even if they aren’t able to sing along to songs written by Subhumans so many years ago.

I look across the room and see an old friend in the crowd that I ran away with in the early 80s, which puts a special twist on the evening that only we can understand. But I’m sure we’re not the only ones walking amongst the memories of both the friendly and dangerous ghosts of our past tonight. 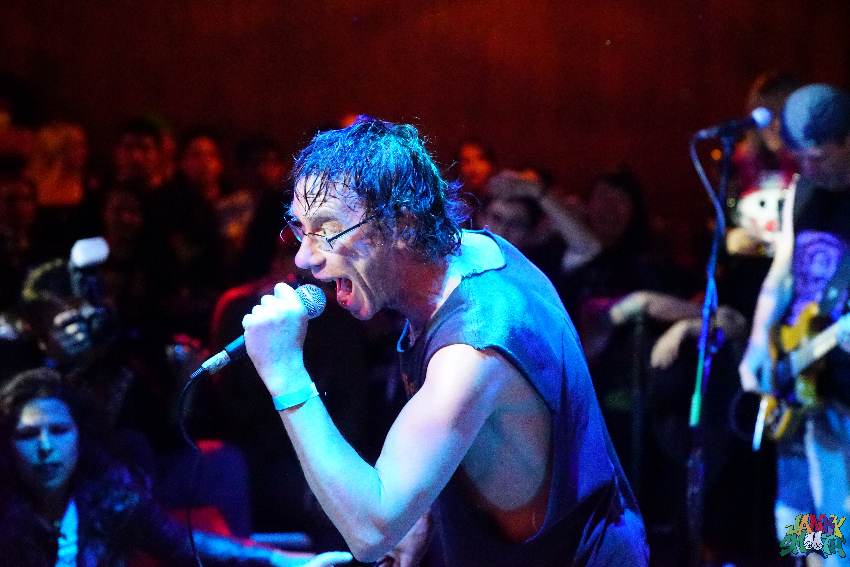 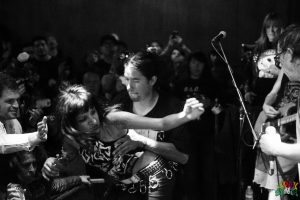 The club erupts in a violent spasm as singer Dick Lucas belts out Subhumans’ iconic brand of Anarcho-Punk along with Bruce, Phil and Trotsky.  The anger and frustration in the music of the Subhumans is still just as relevant, if not more-so, as it was back in 1980 when the band was formed.

In 1981 A Flux of Pink Indians got a hold of a Subhumans demo and put out the bands’ first EP, Demolition War, on their own label, Spiderleg Records. They left scorched earth in their path everywhere they went until they broke up in ’85. Singer Dick Lucas joined Culture Shock in ’86. He then formed Citizen Fish in ’90. There was a brief Subhumans reunion in ’91, which was the first time I saw them. They re-emerged in ’07 with the self-released Internal Riot on Bluurg Records. They’ve been ever present ever since. 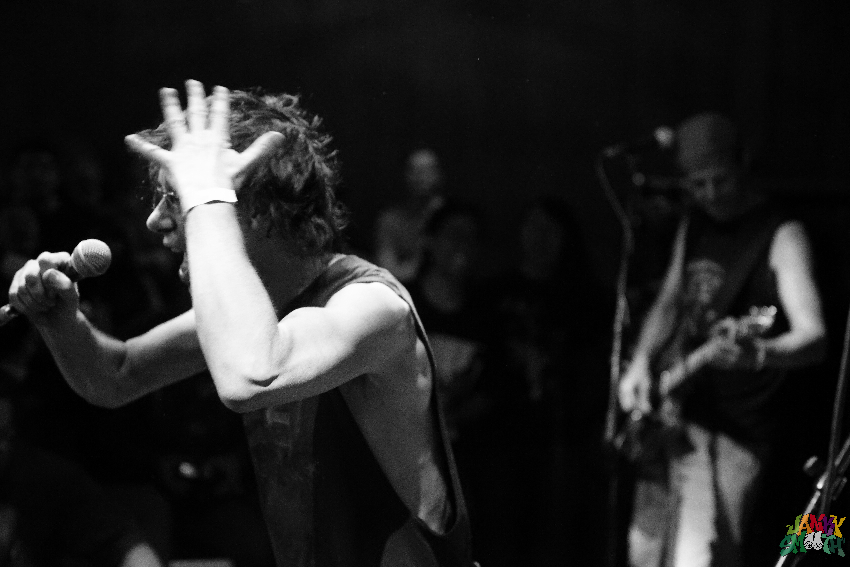 The set was a relentless assault- classic after classic, old and new. I was so consumed with my own personal safety and taking photos, at times holding on to the column to not fall into the chaos all around me that the set seemed to go by in the blink of an eye. 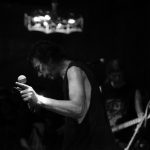 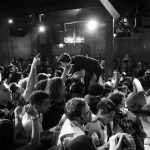 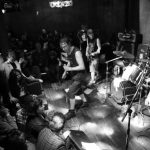 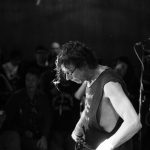 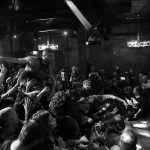 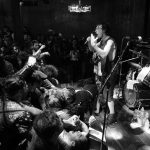