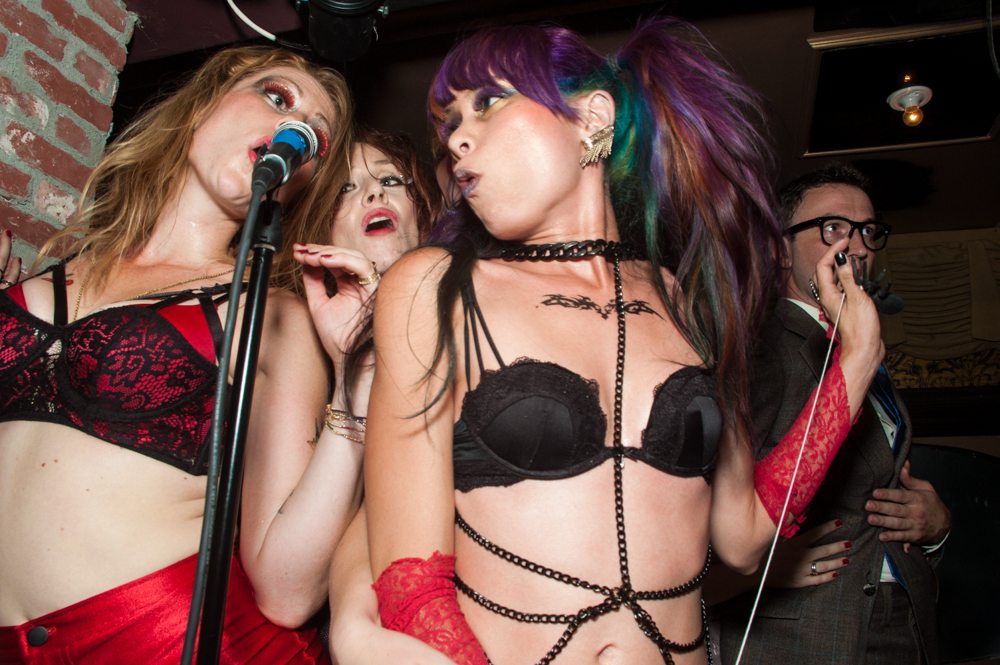 Last night I was lucky enough to shoot this years edition of Spooky-Tu Shoes at Dirty Laundry in Hollywood. Spooky-Tu Shoes is a Halloween party thrown by Anthony Giancola of What Cheer? Productions and Professional Skater Patrick Melcher. Last year was my first experience with a Spooky-Tu shoes Halloween party, and it was a thrilling event, get it? Thrilling, like thriller, like Michael Jackson, it was the theme of the party… Ok moving on, this year’s theme was Rocky Horror picture show.

The whole bar was packed with a crowd of people dressed in Halloween costumes. As a photographer I was extremely happy with the turn out of costumed party goers, it just makes my night a bit more pleasant. I mean come on have you seen the costumes girls wear these days? A lot of people were dressed to the theme of the party that made the show that much greater.

The cast performed a flawless rendition of Rocky Horror Picture Show that included members such as Michelle Jupiter of Isaac Rother and the Phantoms. They did the whole movie with little modernized changes and additions such as the use of hash tags and crap like that. The whole crowd was singing and dancing along to every song. I was shocked and pretty amazed to be honest.  Let’s be honest- Most hipsters don’t dance.

During the intermission and after the performance they had a DJ line up that kept it to the 70’s theme. The line up included such LA DJ’s as Jeremy Burke of Loud Village, Nina Tarr resident DJ at Night Swim, and Victoria Rawlins resident DJ at No Vacancy. I couldn’t have asked for a better line up.  These heads are by far the best vinyl DJ’s currently in LA.

If you weren’t able to make it out this year be sure to keep an eye out for the next Spooky-Tu Shoes and any other Goody-Tu Shoes event.