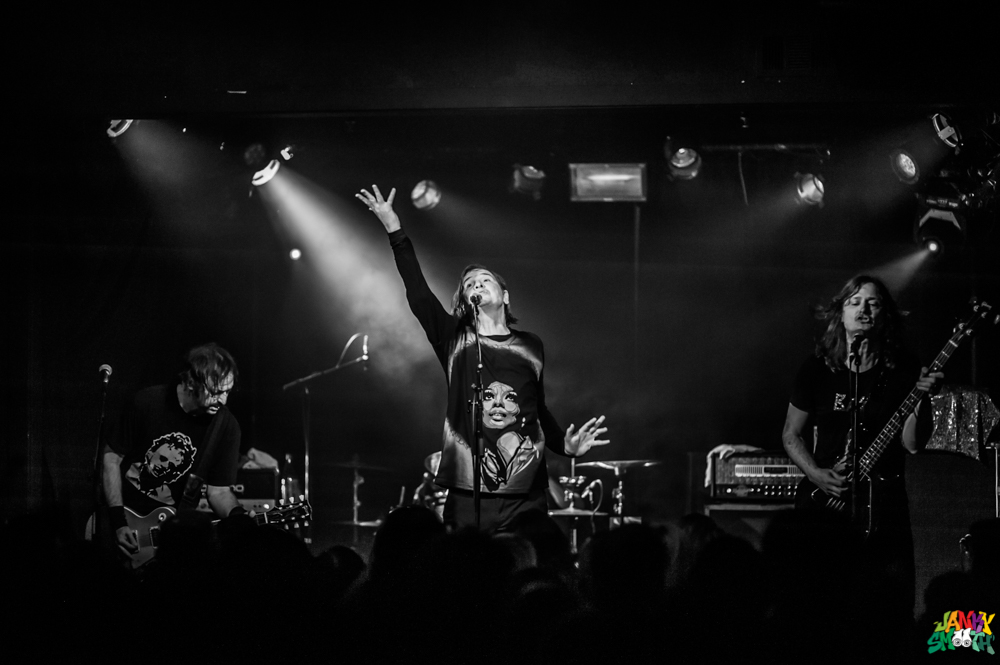 It was a packed house last Tuesday night at The Echo, as Redd Kross played the last show of a month long tour in their home base of Los Angeles, CA. They have been traveling the nation on their “Beneath the Valley of the Teen Babes of Monsanto” tour. 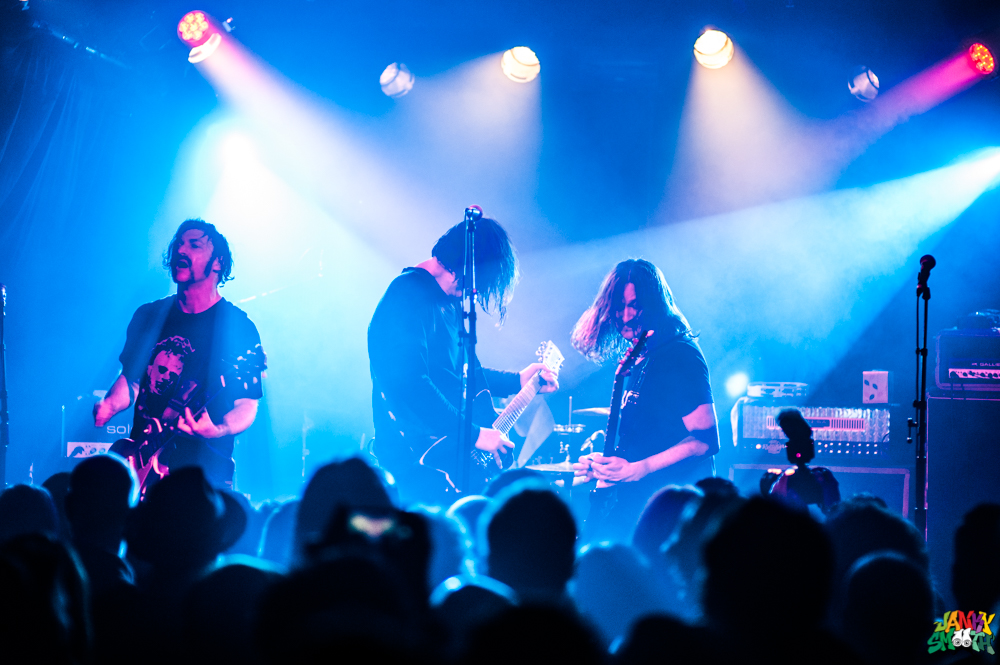 Redd Kross at The Echo 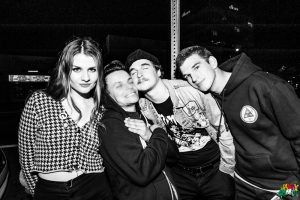 Before Red Kross took the stage, the audience was treated to the high-energy tunes of local band The Side Eyes. They have been gaining much popularity with their punk sound that is somehow peppy and aggressive, catchy and beefy, all at the same time. They drew their own crowd of enthusiastic fans who were rocking out and showing the band tons of support.

The band features lead singer, Astrid McDonald- a beautifully fierce front woman with dynamic vocals and an imposing stage presence. If you have yet to hear them, you’re missing out on something special.

After powering through an upbeat set, they ended with “Don’t Talk to Me,” a cover from Astrid’s mother and Go-Go’s bassist, Charlotte Caffey’s OTHER band, the Eyes and the subject of a split single with her dad Jeff McDonald’s band, Redd Kross, released by In The Red Records in 2016. Yeah. This family is representative of a successful cross pollination of the old-school and the fresh faced, Burger Records new music industry paradigm- and it’s thrilling. 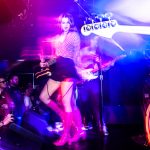 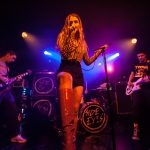 The Side Eyes by Grace Dunn 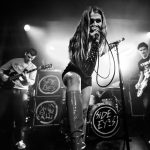 Redd Kross was bursting with energy when they hit the stage, radiating their excitement and positive vibes throughout the audience. You could tell by the smiles on their faces they really loved being up there playing for Los Angeles.

Los Angeles was equally stoked on the show, especially when they announced they would play “Teen Babes from Monsanto” in its entirety about 40 minutes into their set. Cheers filled the venue as they began to shred through their popular album.

Redd Kross made sure to convey the motivation behind writing their famous covers only album. The McDonalds explained that during that era of punk, most of the bands surrounding them were very aggressive and negative and consequently, Redd Kross didn’t quite fit in to the violence of that scene. Jeff wanted to do something different and positive, and to share some of the bands musical influences.

For anyone unfamiliar with the unique Redd Kross sound, they write super catchy pop songs, but with a twist. The twist being in the supporting instrumentals, a perfect combination of classic rock and glam, with the energy of a punk band. A carefree and fun attitude is thrown in the mix, making it hard not to have a good time while listening to their music.

Redd Kross features brother duo Jeff and Steve McDonald, who have an electrifying stage chemistry a lifetime in the making. They play off each other’s energy while rocking and swaying in unison, giant grins on their faces. 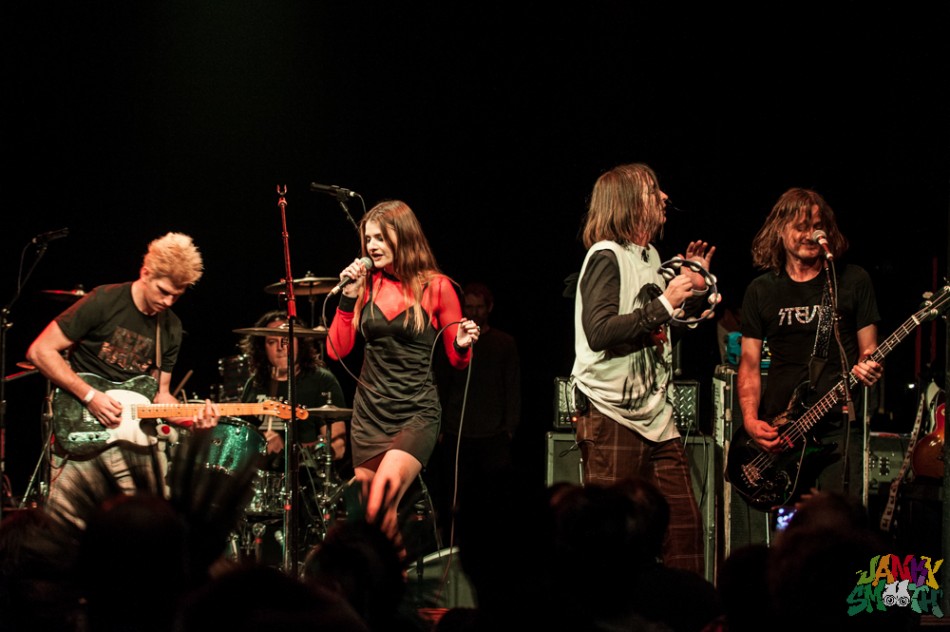 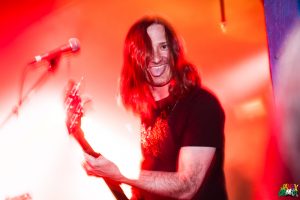 Steve is one of the most animated bass players you can witness live- a combination of hard rocking head banging, goofy facial expressing, and genuine smiles. He does all this while maintaining tight, driving and intricate bass lines that are played with graceful precision.

Jeff is an outstanding front man, and a stellar song writer, as well. His vocals are always on point, and he dances around the stage with a childlike enthusiasm. Sometimes he is seen rocking the guitar, other times showing off some swanky tambourine skills, and always bursting with energy.

Joining Redd Kross for the first time this tour was Dale Crover, most notably known as the powerhouse drummer of Melvins. He brought his commanding style and stage presence, giving the band an extra kick with his unrivaled intensity.

The bands colossal sound was rounded off by Jason Shapiro’s driving riffs and full, colorful guitar tones. His style and sound blended perfectly into the McDonald mix. 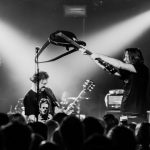 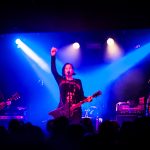 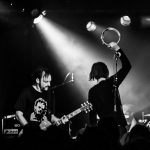 They played a long set, much to the joy of the audience who even demanded an encore. You could tell the crowd was filled with lifelong fans, stoked about hearing some of their favorite songs, delightfully singing along. The vibe of the night was very cheerful and enjoyable for all in attendance.