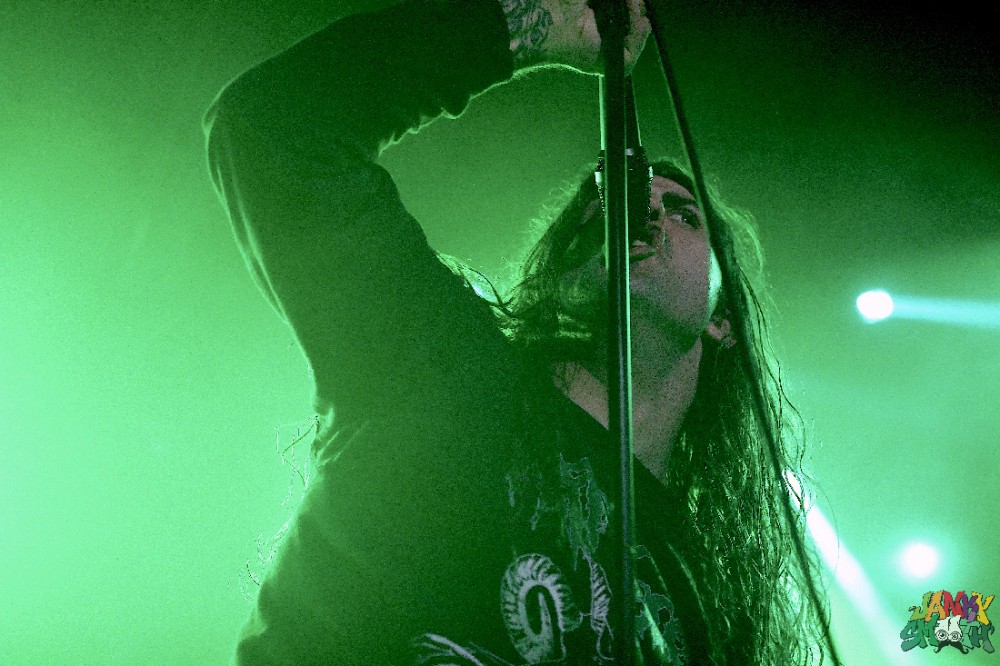 Pallbearer’s tour brought them to the Echoplex on May 18th with support from Arizona death metal savages Gatecreeper and local avante-garde-post-experimental-jazz-metal-poets Grand Lord High Master.

Pallbearer is one of the leading bands in the new wave of doom metal.  What they do is an original spin on an old style that sounds both new and familiar to the ear. Combining elements of classic hard rock, prog rock, and even shoegaze, the band’s latest album Heartless is a tour-de-force. Listening to Heartless, I hear just as much Guns n’ Roses or Metallica as I do classic doom like Candlemass or Cathedral. The band is not afraid to flaunt their talent their virtuosity, they stretch notes and solo often and in a way that harkens the grandeur and epic quality of 80’s hard rock and metal. Then on top of that, the vocal has a specific and original tone that gives off this 80’s vibe, more specifically a Giallo horror movie vibe. Somewhere in your mind, there’s always been a slot for Pallbearer’s sound to occupy, you hear it the first time and it’s like you knew that this band has always existed. 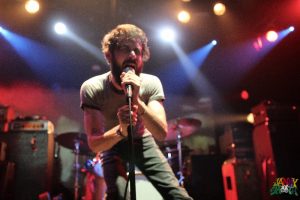 Reviewers have had trouble comparing Grand Lord High Master to any other bands but not I.  I’d consider them a thrashier, more experimental Kowloon Walled City but with a singer that gets to move around without an instrument and thus capture the audience’s imagination- and capture us they did by erratically and sporadically going from slow to fast, double-time to half-time and constantly changing the pace at the puppet master’s whim- singer, Nathan Fletcher.  Changing tempo from double to half time is signature feature of metal and sub-genres but not the way Grand Lord High Master do it.

While his bandmates pummeled their instruments with speed metal licks, Fletcher would make slow interpretive moves that could make you think. You could tell these dudes are really into jazz. Jazz structures and arrangements fleshed out by a couple heshers; that’s Grand Lord High Master. 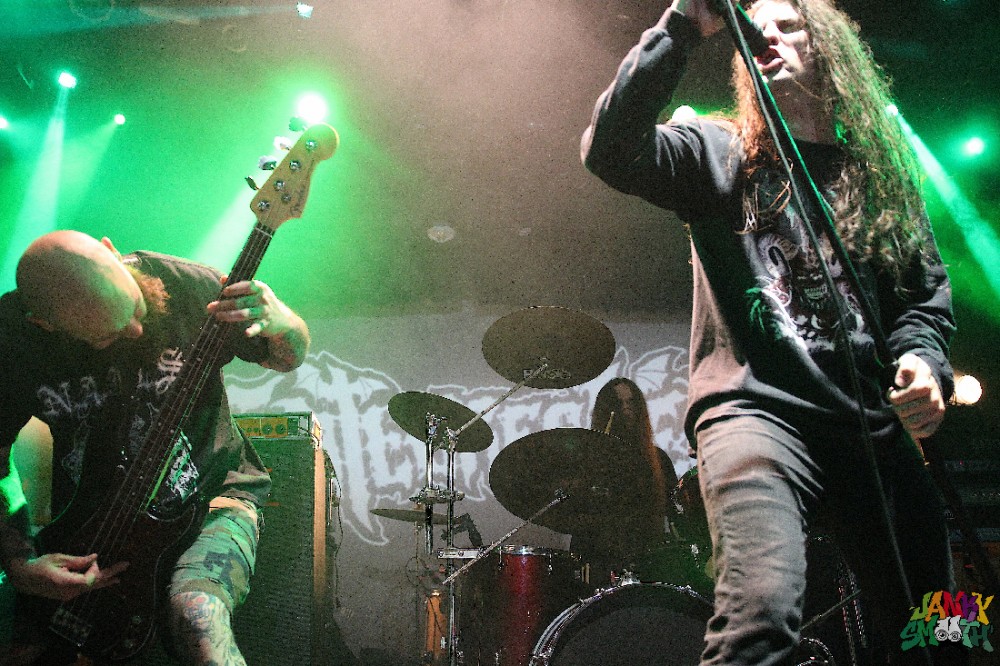 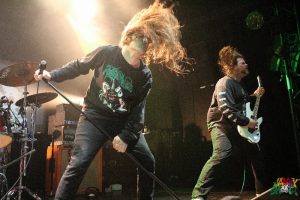 Gatecreeper at The Echoplex

I love Gatecreeper so much. To me, Gatecreeper are the best young death metal band in the world. Only having one album, Sonoran Depravation, it is a perfect set of perfect songs that perfectly represent the genre in it’s pure form but also with a forward direction. They just have perfect death metal riffs.

The first time I saw Gatecreeper perform was at Power of Riff 2016 and although they played an early set, they completely fucking rocked the house last year when I saw them and they rocked the house again opening for Pallbearer. Being a faster and more aggressive act than the headliner, the crowd took this chance to soak in the real extreme shit and head bang with the band. Cookie monster vocals but not a cookie cutter band, it’s easy in death metal to be a copy-cat, especially when you try to make the straight forward shit, but these guys are definitely themselves and original. I know for a fact these guys will be headlining in no time, drawing bigger crowds, and be the best death metal of the next ten years.

Seeing the roadie’s set the components up on stage that help create the Pallbearer sound, I realized this was not going to be your typical doom band. They use electronics to create ambient and dark soundscapes to lay under their solos and riffs. Many would describe their sound as incorporating elements of shoegaze and on the record, I didn’t think that was as pronounced as it turned out to be live.

You stand still for Pallbearer, you don’t even need to head bang that much. The shoegaze comes into play when they slow things down and become mindful of the gaps in between notes. It’s metal where a single well timed splash on a cymbal can invoke the same feeling that an entire drum solo could for other bands. 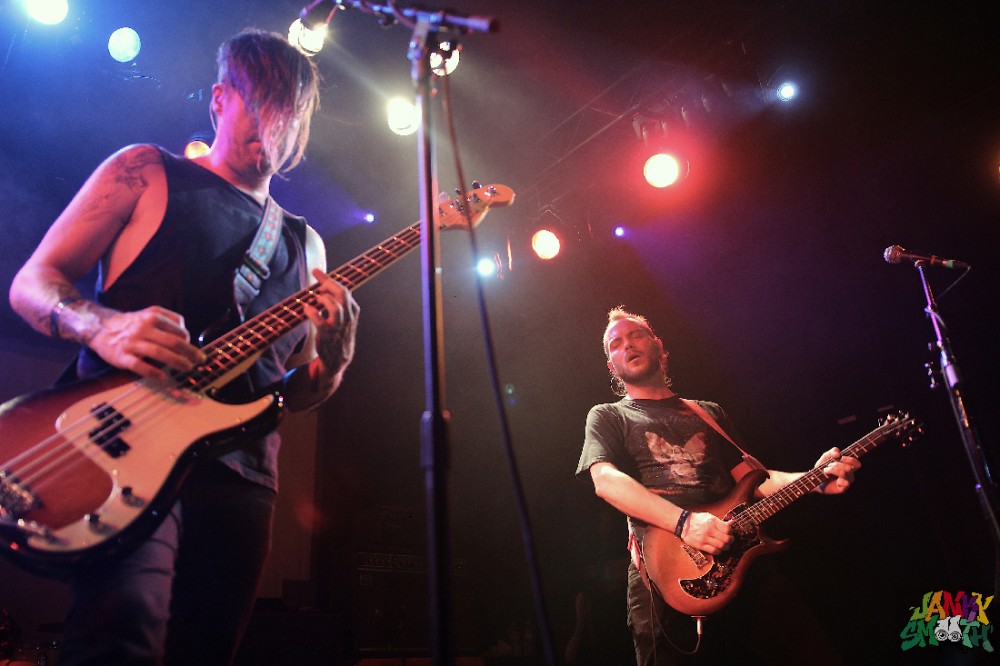 Pallbearer at The Echoplex

They played various songs off of Heartless including “Thorns”, “Lie of Survival”, and “Dancing with Madness.”  Many of their songs were longer than five minutes and in some cases, longer than ten so their set only covered nine songs. 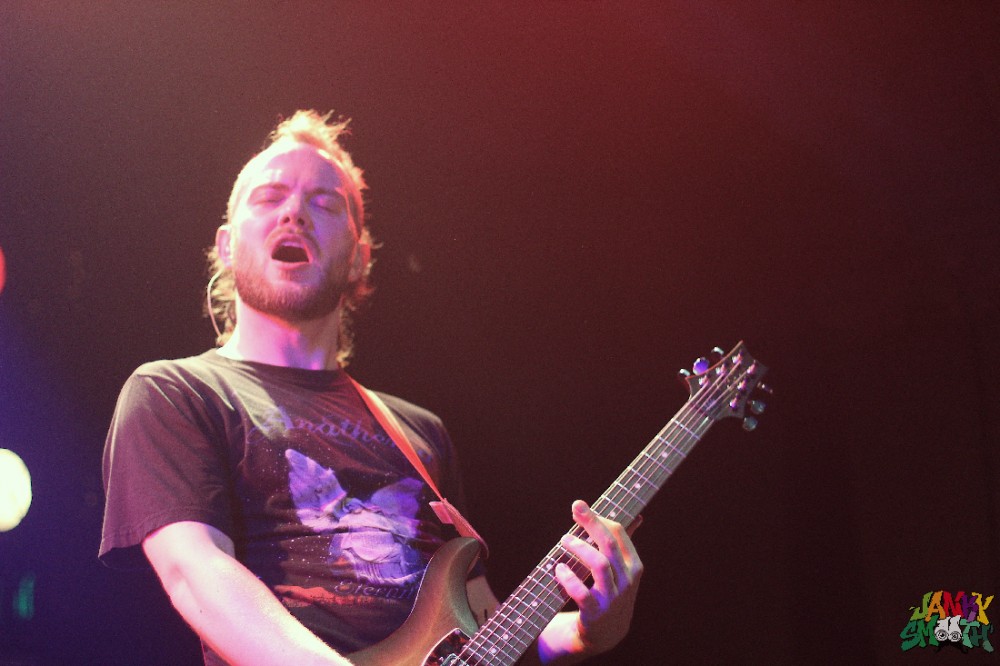 Brett Campbell, the band’s lead guitarist and vocalist, is able to capture that elusive hard rock machismo that you’d see in the best bands of the 80’s- only he’s singing about heartache and mourning. And that’s a beautiful thing to see because among metal heads, most bands that try to recreate that badass hard rock sound are maligned and not taken as seriously as bands on the more extreme side of the spectrum. Like, you think modern hard rock and you think Buckcherry… and that just ain’t right.

We should consider any band with a guitarist that can play a 10-minute “rock god” status type solo better music than some bull shit indie band where the guitar is strummed with ennui in every stroke. There shouldn’t be exceptions to that rule. And it’s so rare to see guitar virtuosity these days that people have forgotten how transcendent a good solo can make you feel- gazing wide-eyed at someone playing so well that they don’t seem human, in fact they’re almost glowing with rock mojo and levitating above us all. So please don’t forget: