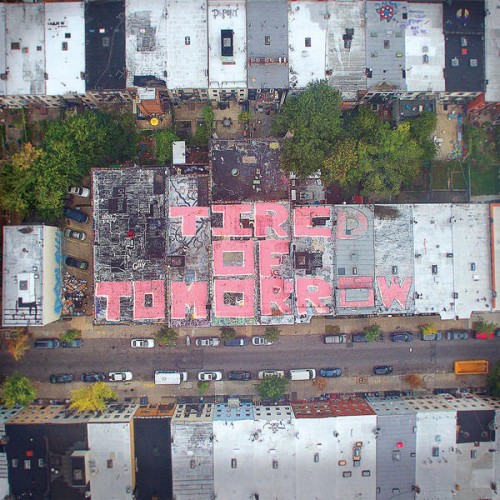 “And never have I felt so deeply at one and the same time so detached from myself and so present in the world.” – Albert Camus

This is a review of Tired of Tomorrow by Philadelphia band, NOTHING being released on May 13th on Relapse Records.

I like any band described as lush, an adjective commonly attached to Shoegaze, a style of rock that uses copious amounts of distortion to make melodic walls of ethereal sound. The name Shoegaze was attached to these artists because one reporter noticed they stared down at the stage rather than at the audience. Nothing, with their blending of ambient and punk, is a band that doesn’t make me want to gaze at my shoes but rather gaze up at the night sky as if it’s the fourth of July and I just broke up with my girlfriend and I’m watching fireworks with tear glazed eyes, smiling because I’m still alive.

Nothing, made up of Domenic Palermo (guitar/vocals), Brandon Setta (guitar/vocals), Kyle Kimball (drums), Nick Bassett (bass), brings elements of punk, hardcore, and alternative to Shoegaze that line its wall of sound with razor wire. I listen to them and think of bands like Husker Du, My Bloody Valentine, and even Tad and Mudhoney. 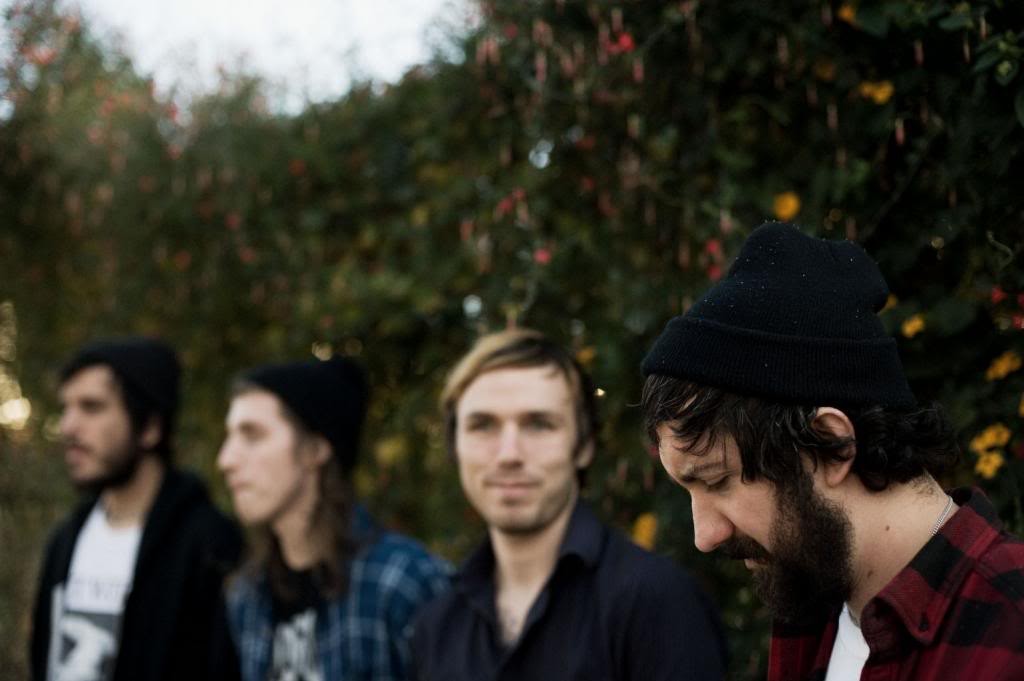 The first track on their 2016 album Tired of Tomorrow, Fever Queen begins with distorted banging on the guitar that soon tumbles into that creamy, melodic dream music. The pace quickly changes with The Dead are Dumb, with a slow, dark guitar and drum beat until they reconstruct that wall of sound. At some point I expected flowers to bloom out of my speakers. “Isn’t it quite the same, isn’t it such a shame, too heavy for the lightness, weightless in the rain, all our words are wasted.” The bands lyrics perfectly marry their sound in poetic reverie.

Vertigo Flowers, the album’s third track and first single, hits the ground running into dance-able and hop-able rock. “And I hate everything you’re saying, Anxiety It’s all about me, Watch out for those who dare to say that everything will be ok, Watch out for those who want to be anything at all, They’re coming for me.” Cryptic depictions of anxiety, paranoia and a critique on mass communication are themes that run throughout the album. Check out Vertigo Flowers’ music video too, it’s pretty rad.

ACD (Abcessive Compulsive Disorder) feels a bit more 90’s alternative than the songs thus far. “Can someone find a cure? Because you know me and you know I am not well.” More than any other genre, Shoegaze is able to capture the beauty of one’s own internal struggles. There’s a certain joy that comes out of that kind of strife, it’s the reassurance that you’re alive.

Nineteen Ninety Heaven is a hallucinatory slow dive into depression. “I’m living in a dream, life’s a nightmare.”

Eaten by Worms steps on the brake with a slow strumming solo guitar that leads into sludgy riffing. The song ends with peaking guitars that just keep getting louder and more epic until fizzling out into distortion. “It’s unavoidable, it’s unattainable, it’s uncontrollable, but you know.” What happens after you die? The ultimate Nothing? I love cryptic lyrics that make me feel like I know exactly what the band is alluding too. I bet every person’s different interpretation would reveal a different mental disorder.

Distorted acoustic guitars lead in Everyone Is Happy, which ironically and expectedly still sounds a bit sad though the piano on the track is sure to make you smile. Our Plague features some interesting drum rhythms by Kimball beneath the hazy vocals and plunging riffs.

The album’s title and closing track features a grim piano that feels like it’s being played by an old widower. When Palermo’s hushed vocals enter the song it becomes a stroll through the graveyard. Without apology, the band’s disparity is never quite as stark. A cello is introduced to dance with the piano and the vocals become a whisper. “Stranded in today, clawing from the outside, and I’m tired of tomorrow on the inside.“

The last sound on the album is the spoken line: “This is what God is.” –

So what is this album actually about? I think it’s a meditation on individual detachment in the modern world. Shoegaze is detaching in its DNA. Modern life forces us to be constantly engaged in monotony as we are bombarded by meaningless images and words. It leaves us feeling empty, existing but dead inside. Tomorrow seems more and more terrifying the more we are reduced to powerless statistics and consumers. There’s such an abundance of information and bull-shit that detachment is the only means of coping. Constantly assimilating EVERYTHING, how else can we end but with Nothing?