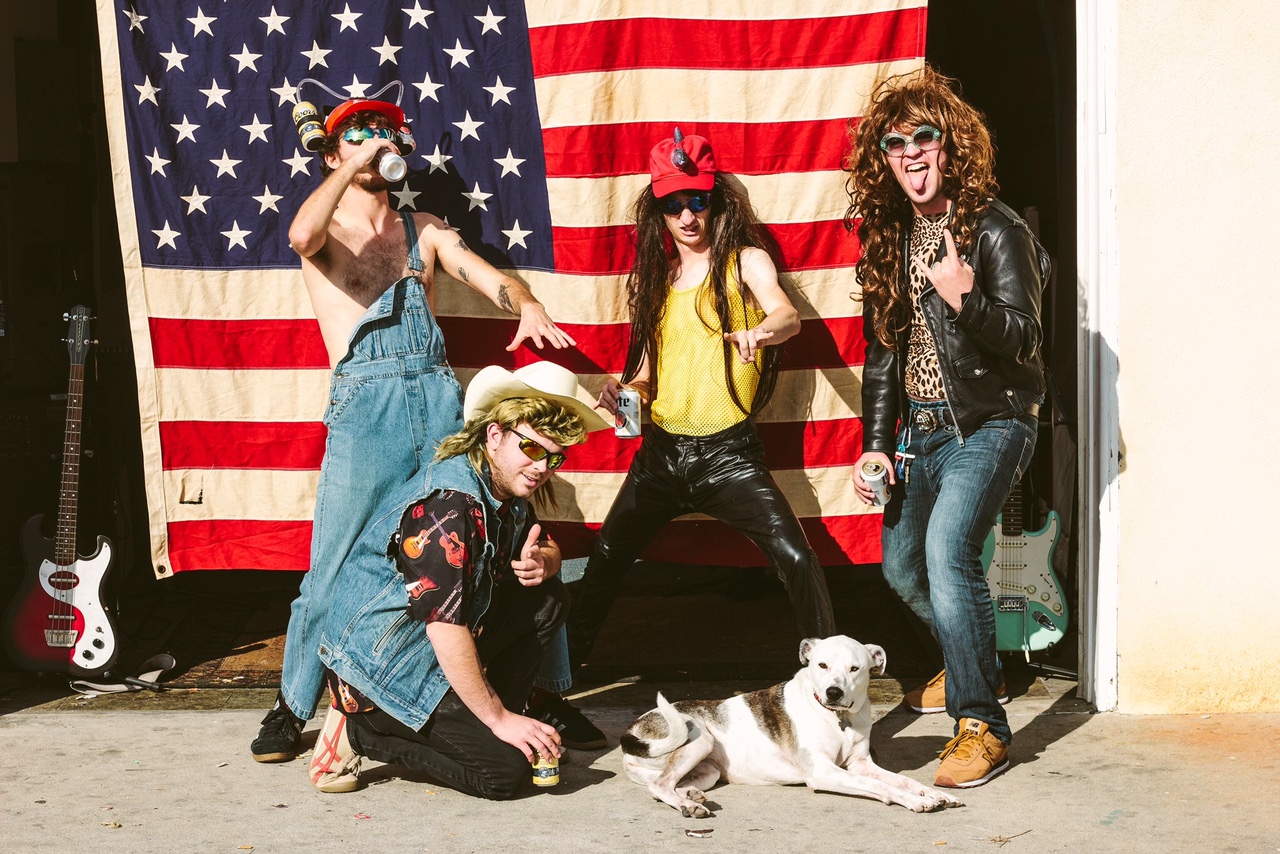 Wild Wing has undergone a peculiar mutation in the last three years. Their first self-titled EP spilled into their second, Another Victory for the Forces of Darkness, both heavy on the combative wit and long instrumental rambling. Songs like “O, Cuntry!” and “Wild Wing Nightmare” are tapped into an unruly swamp sound not felt since the days of Creedence (less finger-pointing protest songs; more working class bar brawl songs).

I’m straining to name another hillbilly punk act, but I honestly can’t think of one. Wild Wing pulls off a surfer redneck jive like no one else; cheeky like The Butthole Surfers but not as abstract. If L.A. were to ever have a backwoods sound, now is the time. 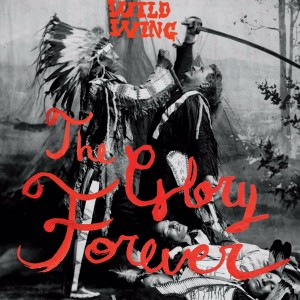 The band’s first LP The Glory Forever (its cover depicting a native chief stabbing a white soldier in the heart atop bodies of his slain people) is the declaration of a new, weird California sound—the kind that opts out of both Coachella and Stagecoach for a thrash alleyway hoedown on a radioactive beach. If the Wild and Wonderful Whites of West Virginia sold their souls via reality TV contracts and uprooted to Hollywood, Wild Wing is who would play their barn-burning welcoming party at Sassafras Saloon.

The album starts off with “Underground Heaven” and in the three songs that follow, Wild Wing establishes a more surf punk aesthetic, with vocals more akin to Zac Carper-style vox. But right as you assume Wild Wing is going to sound like every other dime-a-dozen garage punk band, “Reagan on the Range” kicks in and the twangy jive we’ve come to love makes a roaring riposte, continuing with the biting “West Coast Craft Beer Revival” and “Gunslinger”—rife with plenty of hootin’ n hollerin’, and which either employ a banjo or make the guitar sound like one.

It’s just a symptom of the hybridization of hillbilly rock and California punk. “Green Reaper” is maybe the most indicative of this dichotomy, distorted driving bass squares off with rowdy bottleneck guitar work; a song you could hear in a surf film or blasting from the speakers in some dive bar outside Austin. You can also catch the same surf/country blur with the opening whammy bar riff in “Girl Band”.

“So L.A.” would seem like any other tired skewering of vapid Hollywood culture, but given the current prefab-renaissance and influx of regurgitated hip from every other city in the country, satirizing prescribed notions of L.A. is something that won’t get old for a long time, if ever.

“Acid Casanova” is a rockabilly ballad about a timeless misanthrope who’s as likely to drunkenly step in a hay bale as he is to inadvertently drink out of the Holy Grail. The pace slows with “Steam Train”, a folk ballad sung with one leg hanging out of a boxcar. Whether it’s speaking reverently to the Americana promised land of old or spitting on its grave, the stoic and rather sweet sentimentality is one in the same. It channels generations of beat down seekers who faithfully rode those rails in rags long before teenagers barreled down open highways in convertibles.

Ending with the longest track, “The Odyssey of Timmy Tommy” clocks in at well over four minutes, and fires off a fun dance beat with a great bass riff, vocals more rockabilly here than in any other track. Again, I can’t speak to this hybrid genre enough, but I’m really excited for a wet ‘n’ wild live show, and to see what else Wild Wing has in store.