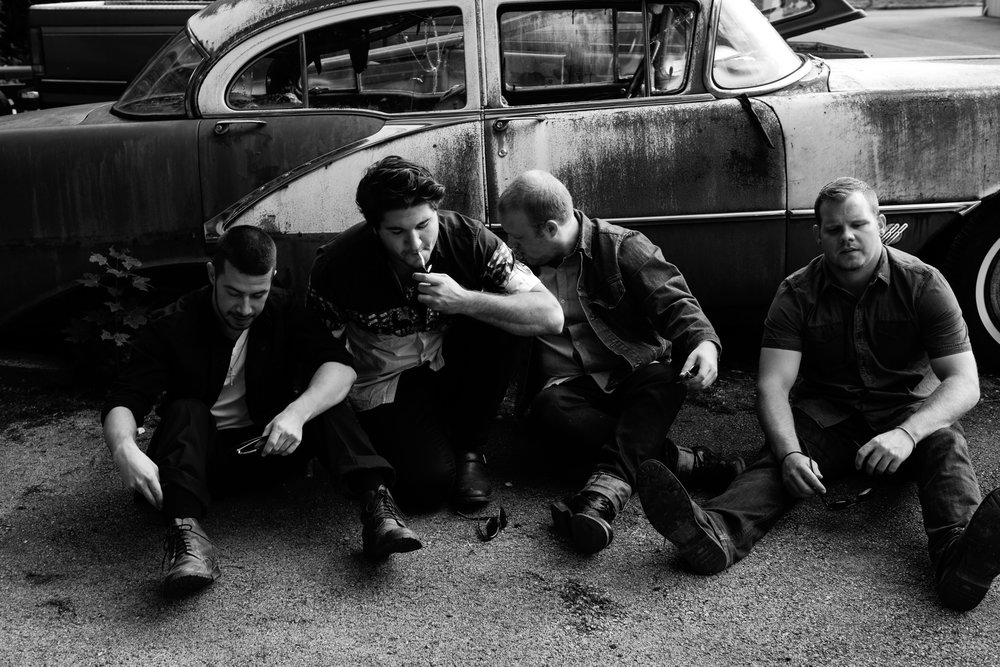 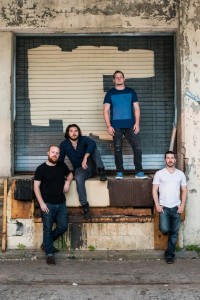 New Jersey bro rock band Deaf Rhino has released their debut LP Dirt, Rust, Chaos. If you’re an east-coaster, you may have caught them at Arlene’s Grocery or Webster Hall sharing bills with bands like The Ataris and Teenage Kicks.

I say bro rock, but I mean inclusive bro rock with a little soul you can dance to, not self-masturbatory bro rock like Creed or Nickelback who ruined radio and were single-handedly responsible for every teen suicide when I was in high school. (Okay, maybe not, but radio is still trying to recover.) Also, unlike Creed or Nickelback, Deaf Rhino is rambunctious, they kick any moral authority to the curb, and they like to have fun.

Rhino’s definitely the first likable bro rock band ever, or at least the first likable bro band since, like, Metallica (even though I don’t like them), and on par with mainstream acts like Queens of the Stone Age, Arctic Monkeys, and Eagles of Death Metal. An Ernest-Hemingway-staring-down-the-double-barrel- of-a-shotgun-at-a-charging-Rhino analogy is in there somewhere, but evoking Hemingway in any sense isn’t something I do lightly.

Dirt, Rust, Chaos oscillates between whimsical and agro. There’s as much distortion as there is emotion, and it demonstrates Deaf Rhino has a few hooks in the ‘ol tackle box. “Ghost” and “Hey You” were tunes that definitely got stuck in my head for a minute. “Once In A Lifetime” is as ballad-y as it gets, but it also culminates with some fun instrumental guitar buzz that peaks and bleeds out into two extra minutes of some nice, rounding piano work, making for a nice, long, rambling track. The next, and more pensive track “The Dance Of You” starts with more bluesy piano, acclimating you before you’re hit with more heavy guitar and sentimental notes.

As in-your-face as they may seem, the 10-track LP doesn’t overstay its welcome. It starts energetic and eventually lulls into a rock dreamland.

Deaf Rhino is not my particular cup of rock tea, but at least it’s honest and dynamic (and not relying entirely on the Jagger wannabe-ness of their frontman like, y’know, some bands). And given the passion of their DIY nature, I am definitely rooting for them.