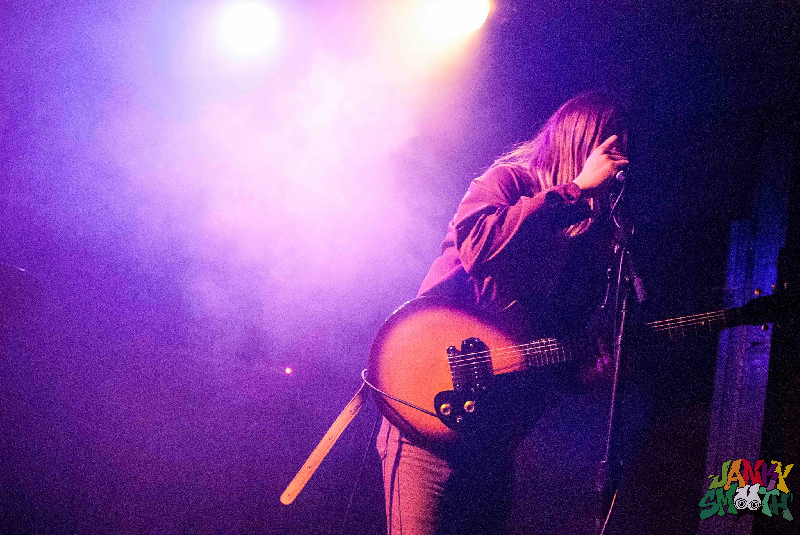 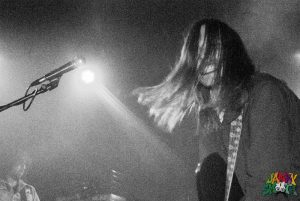 Last Monday, fans and friends of the music scene in L.A. packed The Echo for week 1 of the Mind Meld month long residency at L.A.’s garage band beta testing ground.   Part of what makes the Monday night residencies at The Echo so impressive are the bands that support the resident from week to week and often times, the residents themselves are pretty damn good too.  On week 1 of their residency, Mind Meld invited Babylon, Psychic Jiu-Jitsu and the reason I dragged myself from the westside to Echo Park on a Monday night, Frankie and the Witch Fingers. Even though my attendance at the Echo on Monday night’s has been spotty at best over the past few months, there are usually some pretty damn good reasons to cruise by on any given Monday at The Echo- and almost all of them are written on the lineup. 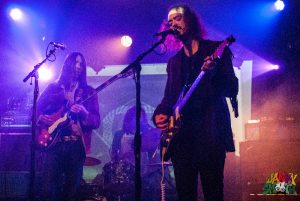 Outside of the alcohol free eco system of The Smell, is there a better value for music fans than the Monday night residencies at The Echo?  I don’t often make it a habit to gush over a residency or a particular venue’s booking practices but with all the different ways music snobs, including myself could find to criticize the high profile, high volume musical churn that occurs between The Echo, Echoplex and the Regent properties…  I do find myself compelled to give The Echo and the folks at Spaceland a well deserved equivalent of a music critic reach around when they consistently create lineups and events that compel me and friends of Janky to travel from as far as the South Bay to kick it with crew and check out some tunage.

I got to The Echo around 9:40 and had already missed Psychic Jiu-Jitsu but the always reliably dope Suzette Subliminal seen-t em and snapped some shots for us, them and you. 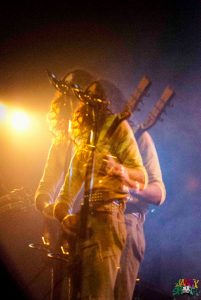 The first thing I thought when Babylon started playing was “Oh, sick.  Yet another band that can be added to the list of psychedelic rockers piling up high in the L.A. garage rock landfill”  I thought to myself that it was the first time I felt fatigued at the thought of yet another group of young men and women throwing their riffs in the ring of the rock resurgence in L.A., now just recycling the refuse of tired old guitar licks.

I also thought to myself that I wouldn’t go down the rabbit hole on that in this review because the truth is that Babylon are yet ANOTHER group of very solid musicians that play rock and write good songs and because they seem like purists who love it.  Targeting a good band at a good gig on a night when I’m surrounded by friends would make me just like any of these cynical hipsters that criticize just for the sake of showing how clever and discerning they are… miss me with that shit. Babylon were tite.

The other great thing about monday’s at the Echo is that I know I’m going to see people I love or, at 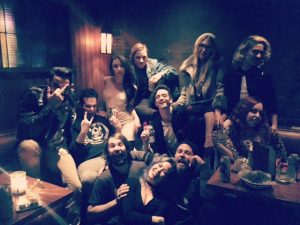 the very least, like to spend time around.  In an uncoordinated effort, Brent Smith, Paige Vreede, Travis Moore and the Minivan and I communed, caught up, had a shot, took a toke and/or banged our heads at some point in the evening.  I tried to get Brent and Paige to Ro-Sham-Bo me on who was going to write this article but somehow, the subject was changed and here we are… moments before seeing Mind Meld for the 2nd time.  But before I get to that…

The reason that I went to check out week 1 of the Mind Meld residency was quite simply to see Frankie and the Witch Fingers for the first time.  I actually learned of the week 1 lineup weeks prior when the Mind Meld residency was announced and because so many people’s opinion I respect on music cup the proverbial balls of Frankie ATWF, I knew they’d be good and it was long past due to give em a look.  Frankie and the Witch Fingers are a young, newly planted oak tree of rock and roll, their roots firmly planted below the soil and firmly anchored in the fertile underground of independent music in L.A.- only needing time to grow big and strong in the scene and beyond. 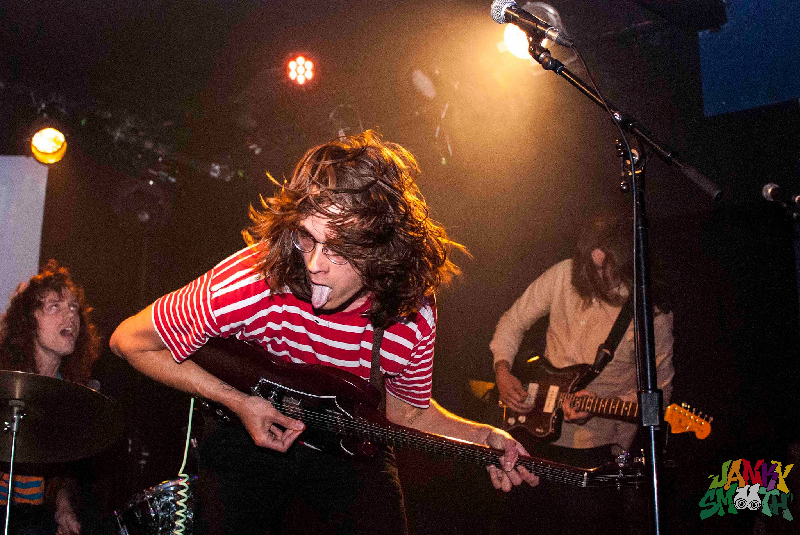 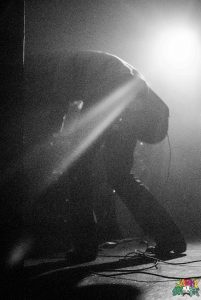 The first time I saw Mind Meld was with Zig Zags and The Birth Defects at The Smell; a trifecta of shred.  Almost immediately I understood that frontman Bert Hoover wasn’t your typical lil L.A. rock whore and that his chops were certainly, at the very least, well above average in an ocean polluted with recycled riffage.  I’m not going to spend a lot of time trying to distill the essence of Mind Meld since there are three more weeks in their 4 week residency and each week has a lineup of bands that vary on my scale from above average to “how the fuck did they do that?”  Sometimes you just have to go see shit for yourself and any given Monday you could choose should make you feel good about leaving the house on the holy night of rest for partiers and rockers around the world.

Making a decision on which Monday in February at The Echo you should choose proves quite difficult with supporting acts like Prettiest Eyes, Rearranged Face, Shark Toys, The Birth Defects, Jesus’ Sons and Death Valley Girls still to come in the coming weeks.  I think I might have to make it out for one more Monday in this residency.

disclaimer: I know this sounds like a paid promo but no one at Janky Smooth was paid to jock any aspect explored in this piece of hard hitting music journalism 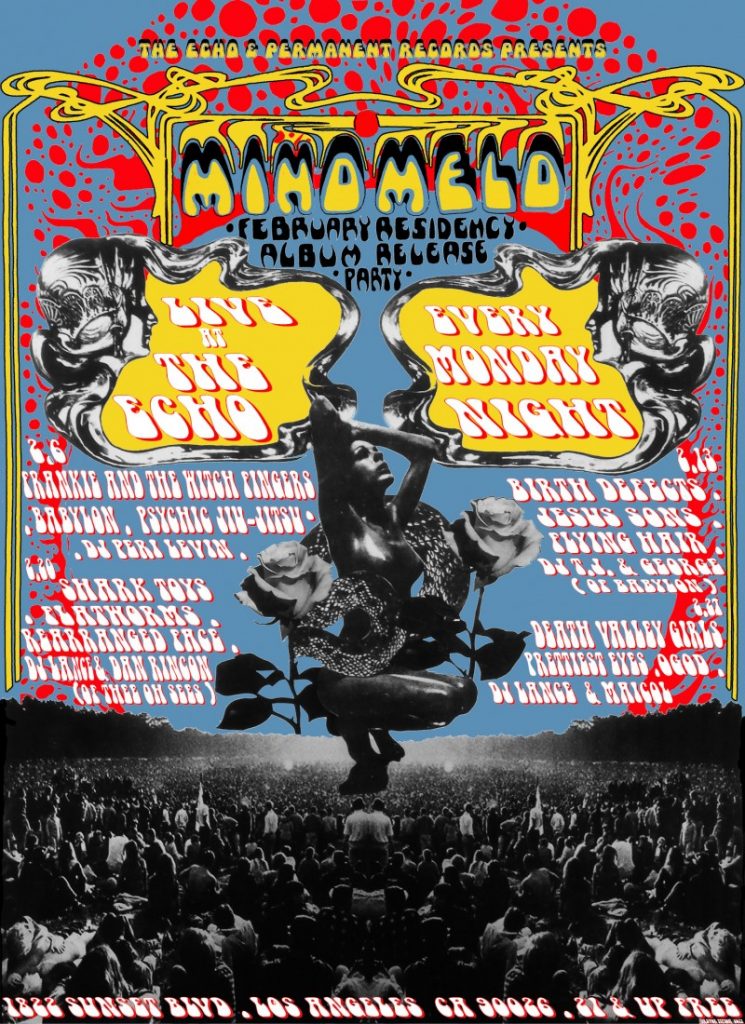 This week it’s Jesus’ Sons and the always out of place, hardest band on most L.A. indie lineups, The Birth Defects.