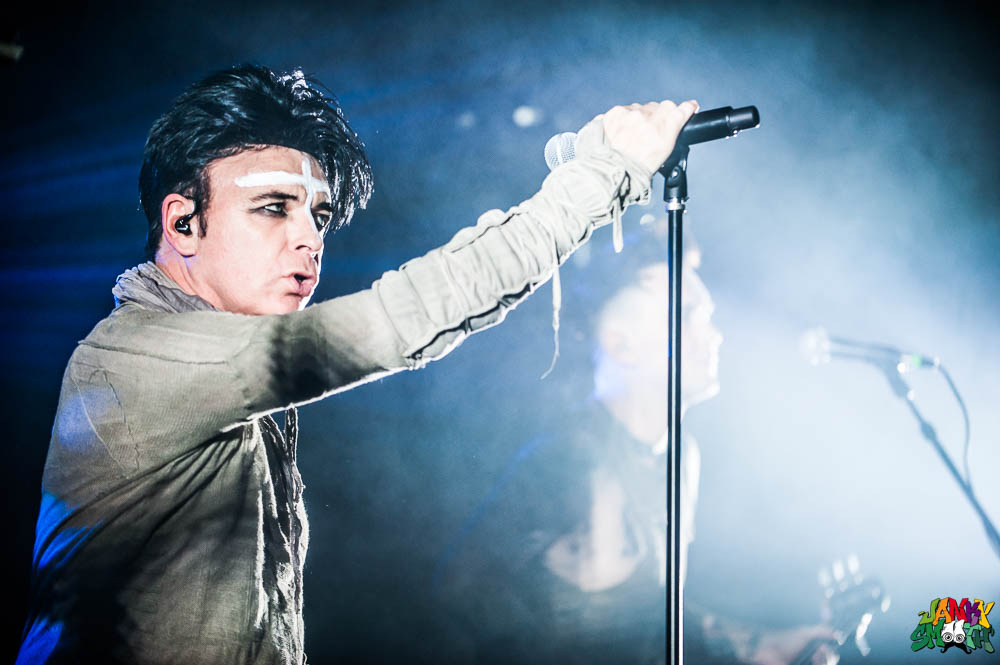 I was fortunate enough to submit the probing questions of past, present and current audiophiles to synthesizer pioneer Mr. Gary Numan by means of cyberspace. We discussed his 18th studio album Savage, the current global state of affairs and the unforeseeable future.

AK: These days, synthesizers are as common as a guitars in a song. Being a pioneer of the computerized world, would you care to share your thoughts on the proliferation of synthesized music?

GN: I think it adds a level of sonic interest to music to see them widely used. However, it would be a mistake to think that synthesizers are all there is to electronic music. On my albums synths account for some of the sounds but not all of them by any means. Much of it comes from recording all manner of noises from the environment and then manipulating them to make them work musically. It’s not really about synths, it’s about sound, noise, whatever you can find that makes an interesting addition to a song. 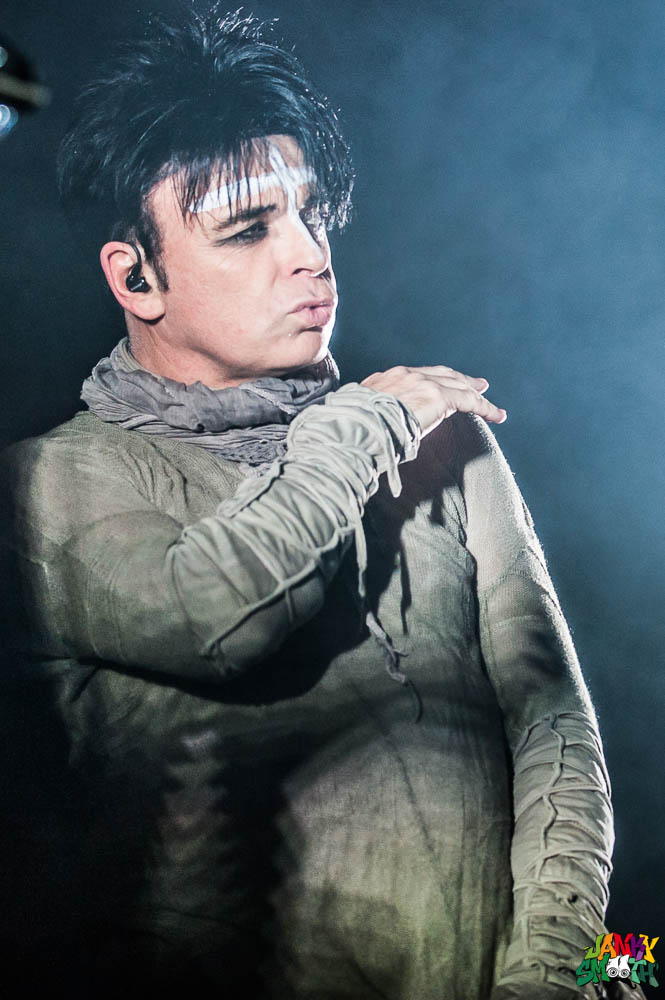 AK: Tubeway Army was one of the first bands of your time to break away from what was becoming the standardized U.K. punk scene and go its own way. At a certain point, your band abandoned live shows entirely to focus on studio efforts. What prompted you to return to live performances after having avoided them for the final years of Tubeway Army?

GN: I abandoned live shows because I just got sick of the violence at those punk shows. Plus, I had no real love for the music, I only went in to punk to get a record deal and I got that. So, it was an easy decision for me to pull out of the live scene until I’d found the musical direction I was searching for. What prompted me to get back into it was having number 1 albums and the money to be able to play the type of shows I’d always dreamed of. And no violence.

AK: Many Tubeway Army tracks failed to chart at the time, however through the years they’ve become enduring cult classics, some even being brought into the mainstream and covered by the Foo Fighters. What do you think makes your music resonate with later generations, rather than with the generation it was released alongside?

I only put out three singles as Tubeway Army. Two were punk songs, the third was Down In The Park (since covered by Foo Fighters, Marilyn Manson and many others) and the fourth, Are Friends Electric, went to Number 1 for four weeks, along with the Replicas album it came from, so I don’t agree that it didn’t resonate with the generation of the time. Down In The Park was also from Replicas but it was hardly a radio friendly song, very doom steady, so I wasn’t surprised it didn’t sell in large numbers. I made my first three albums all within 12 months, and two of those were number 1 albums (with different number 1 singles, Are Fiends Electric and Cars), so I would say it resonated incredibly well at the time it was released. What surprises me is how it still resonates with bands 40 years after it was released. 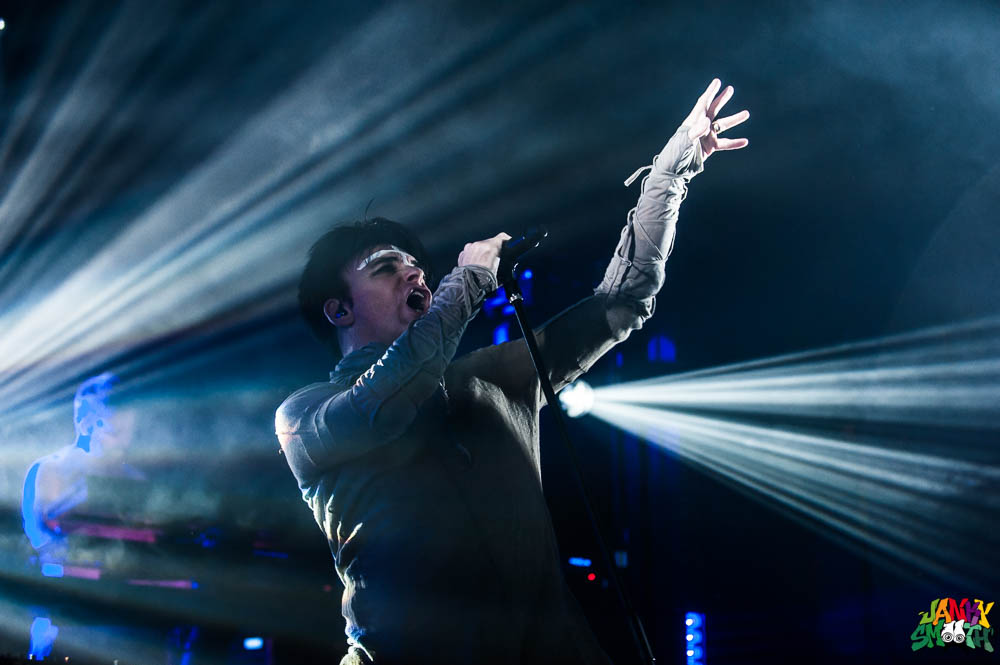 AK: How has the present-day political climate, on a global scale, affected your music?

GN: Not a great deal to be honest. I’ve never felt smart enough to feel that my opinions were worthy of being spread into the world. Having said that, the new Savage album was definitely driven by my worries about some of the things Trump was saying about Global Warming. Savage looks at a world devastated by Global Warning but I doubt I would have devoted an entire album to that topic if it hadn’t been for the things Trump was saying during his election run. I find his views on that shocking and frightening.

AK: The post-apocalyptic themes throughout Savage convey a dismal view of the future. How has the world today influenced your music and your vision of the future, and how does it compare to how you wrote about the future in the beginning of your career?

GN: I had no idea about Climate Change when I started my career so the future we face now is very different from the future I’d imagined back then. Back then my fears were about how technology could potentially destroy the social fabric, the self determination of artificial intelligence, giving AI decision making power that had a direct effect on human life. Now, all of that is still a fear, but now we also have Climate Change, so the world is in a far more precarious place than I’d ever imagined.

AK: Both musical and visual motifs in Savage blend the West with the Islamic world. Do you believe we would be better off living in a desertified, yet unified world, rather than a divided and imbalanced one?

GN: That’s not true actually. Savage doesn’t blend the West with the Islamic world, it blends Western cultures with Eastern cultures. In the world described in Savage religion has ceased to have any meaning. The struggle of simply surviving from one day to the next is so difficult that everything has just merged into one enormous struggle to survive. I added Eastern musical influences to try to illustrate that musically, chose the image to illustrate that visually on the sleeve, and even the type face which looks vaguely Arabic but is English. All trying to illustrate the point of cultures merged in a fight against a global problem. The only hint of religion on the album comes when a scrap if a crumbling bible is found and it immediately begins to change things, and makes them even worse. 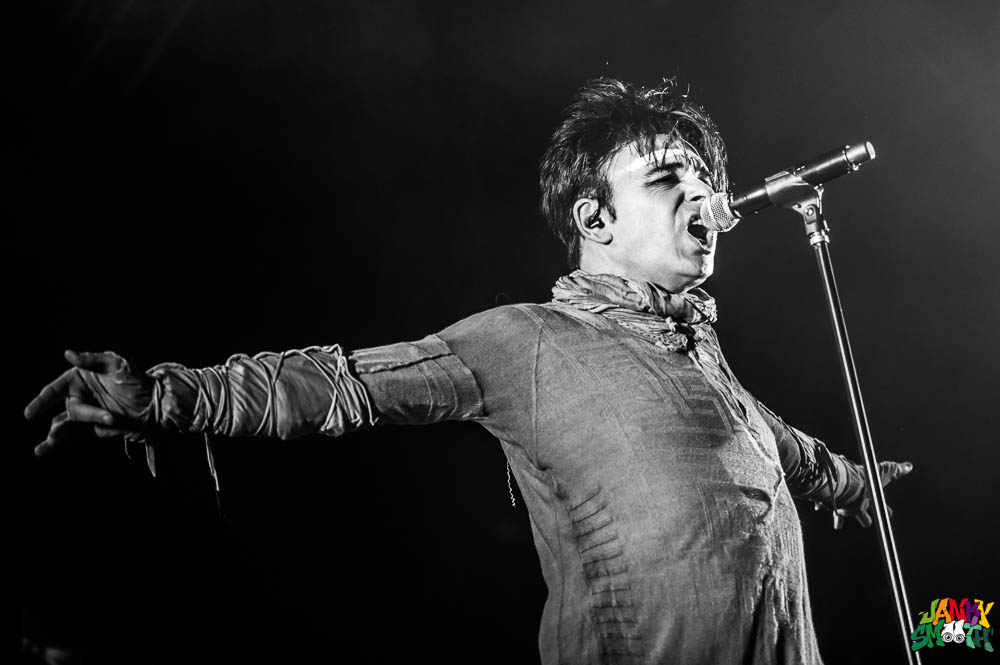 AK: In the track “Mercy,” the line: “Your politics are screaming / Mercy is overrated” is reminiscent of the school of thought behind “Mercerism” in Phillip K. Dick’s “Do Androids Dream of Electric Sheep?”. What artworks, philosophies or ideas have been reflected the most in your work?

GN: The line is ‘You’re politics of screaming’ and it’s referring to torture. That song is about the exquisite pleasure of uninhibited and brutal revenge. I would hazard a guess that my atheism and all the feelings that come from that has been the most common thread throughout my career but I honestly don’t know for sure. I have read ‘Do Androids Dream Of Electric Sheep’ but I don’t remember ‘Mercerism’. I’ll read it again.

AK: The tracks “It all Began with You” and “Ghost Nation, ” from Savages have a reticent quality about them. In general, how do you like to utilize rests and minimalist elements in your compositions?

GN: I have no plan to do any of those things when I write a song. You write, you feel what works, feel what doesn’t, and so the song is created as mistakes come and go, new ideas lead to more, bad ideas force a change of direction. It’s all part of the process, but I don’t knowingly have a system or method with song writing.

AK: Have machines helped you to express feelings or ideas that would otherwise be difficult to do so?

GN: Absolutely. Sometimes just one long sustained growl can convey a mountain of feeling. I much prefer sound to technique. I’m very impressed by musicians that can play a thousand notes a second with lightning fast fingers but I very rarely enjoy the music they make. For me, simple is best, simple conveys feeling, not musical expertise. So many songs by gifted musicians are just vehicles to show off how good they are as players. Nothing wrong with that of course, all very impressive, but for me they don’t work as well as a simple, haunting melody (or a long growl).

AK: Unlike many other artists who are contemporaneous to you, your sound has never stayed stagnant, and continues to change form. Was there any particular driving force behind your transition to a more industrial sound?

GN: Not a driving force, just a desire to make the music I wanted to make rather than constantly be battling with A&R men at record labels who seemed to want me to be a pop star forever more. When I’m left to do what I want to do the music is naturally heavier and darker. For that reason I stopped signing to record labels as an artist decades ago. I have a very different label to label relationship these days and it works much better for me.

AK: Throughout the years, your music has reflected an interest in the future. In light of everything you’ve seen and lived through, what are your thoughts on the current state of affairs regarding artificial intelligence, the technological revolution and the invariable robot takeover?

GN: I’m frightened and excited by it in equal measure. What a terrifying minefield of opportunity and disaster that’s going to be for us all to navigate. Wonders await, but with a chasm of doom just one mis-step away. Now I think about it I think the excitement is winning. I’m looking forward to seeing what happens.