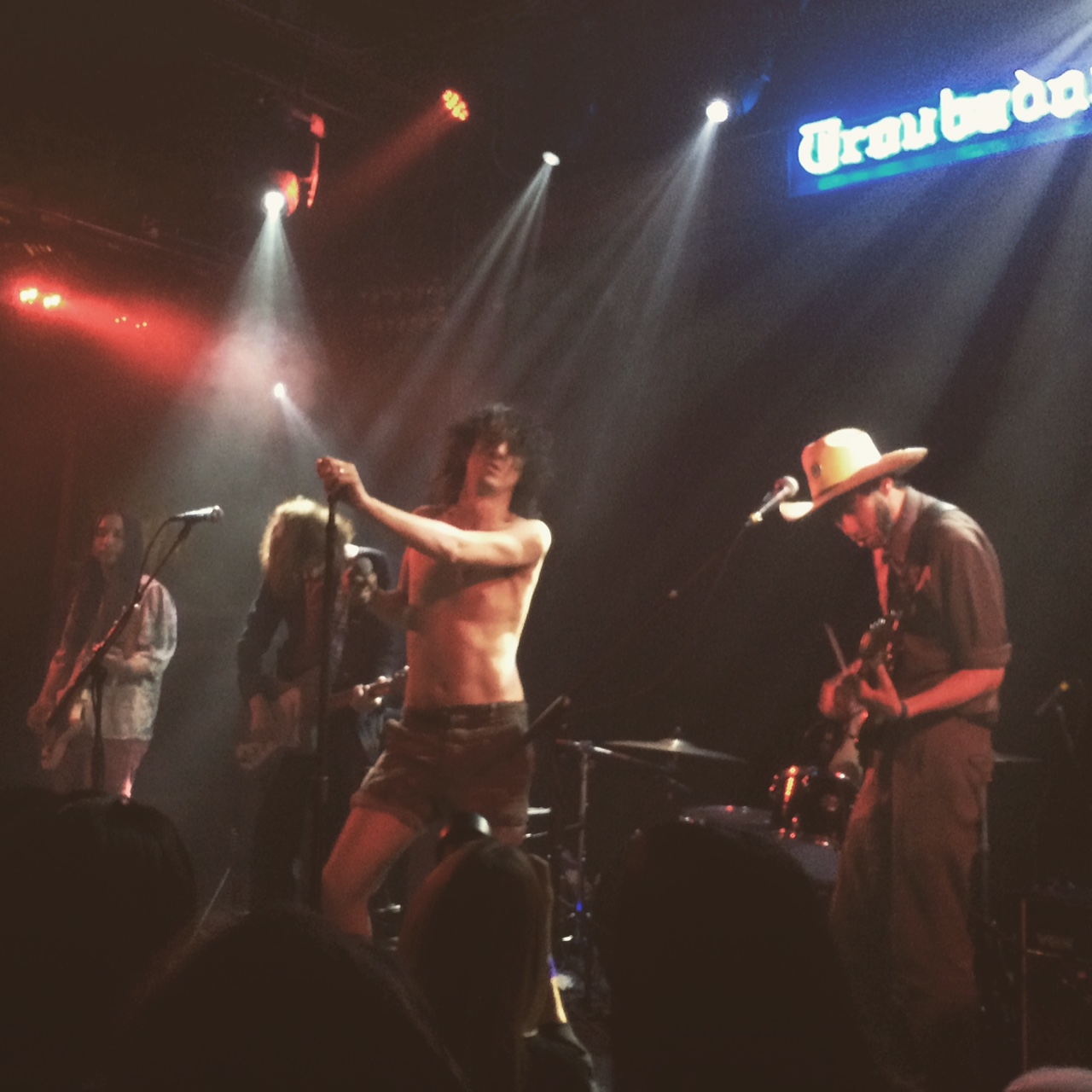 Fat White Family have a huge buzz surrounding them amongst the nouveau punk scene developing world wide. This scene has the required rawness to be given the moniker of punk but the bands that fit in the category, exist on a plane somewhere between pop and hardcore- Fat White Family are no different. No Different would also be an accurate description of the sound itself. They aren’t attempting to break new ground or even clean the ground that was painted with the vomit of their predecessors. There are no frills with Fat White Family. There is no polished, pre meditated look. If I were to sum up the ultimately inconsequential summary of their “image”, I would label it, “disheveled” or “unkempt”. Their sound is often down tempo, dark and brooding, awash with the vibrations of reverberated guitars that are so prevalent in most of the young, garage bands’ repertoires of today. I was curious how songs like “Is It Raining In Your Mouth” and “Cream of the Young” would play live and I was very happy to find that their live sound was true. 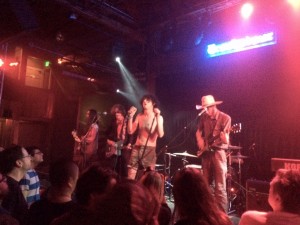 One thing that was clear early in their set list at The Troubadour on this past Friday night was- Fat White Family don’t give a fuck. Jim Morrison was arrested and run out of the county for just pretending to whip his cock out at a Doors concert. Red Hot Chili Peppers, before they became a pop band, were grimy funk junkies who used to wear only socks on stage… and not on their feet. Now, here in 2015, the shirtless Lias Saoudi, singer of Fat White Family transitioned from jean shorts to bikini underwear, to full fledged cock dangle, with his dick almost grazing the cheeks of dedicated fans pushing up against the stage of the Troubadour on Friday night. This wasn’t a GG Allin show in some basement where he frequently performed naked, defecating on stage and shoving lettuce up his ass. This was the world famous Troubadour and Saoudi had to do something to get this low energy audience engaged in their performance.

All these variables are typically enough to set the aggression and loins of young scene-sters on fire and set the room ablaze with an undulating swirl of bodies bouncing up against each other. It wasn’t surprising to see yet another low energy, LA crowd. Being aloof seems to be a common trait amongst the hipsters and tastemakers of this city, these days. I often wonder what bands like Fat White Family think when they play L.A. for the first time. I’ve been noticing more and more bands’ touring schedules skipping Los Angeles altogether and opting for a Pomona or Orange County date instead. I can’t really say that I blame them. As good as Fat White Family were on Friday night, a lack of energy in the house made attending this show less enjoyable. I’m sure it makes playing these types of shows less enjoyable too.

I take nothing away from Fat White Family. They are the real deal. There is glamour in their filth and the most difficult thing to maintain in a low energy audience is showmanship and Fat White Family excel in that area.