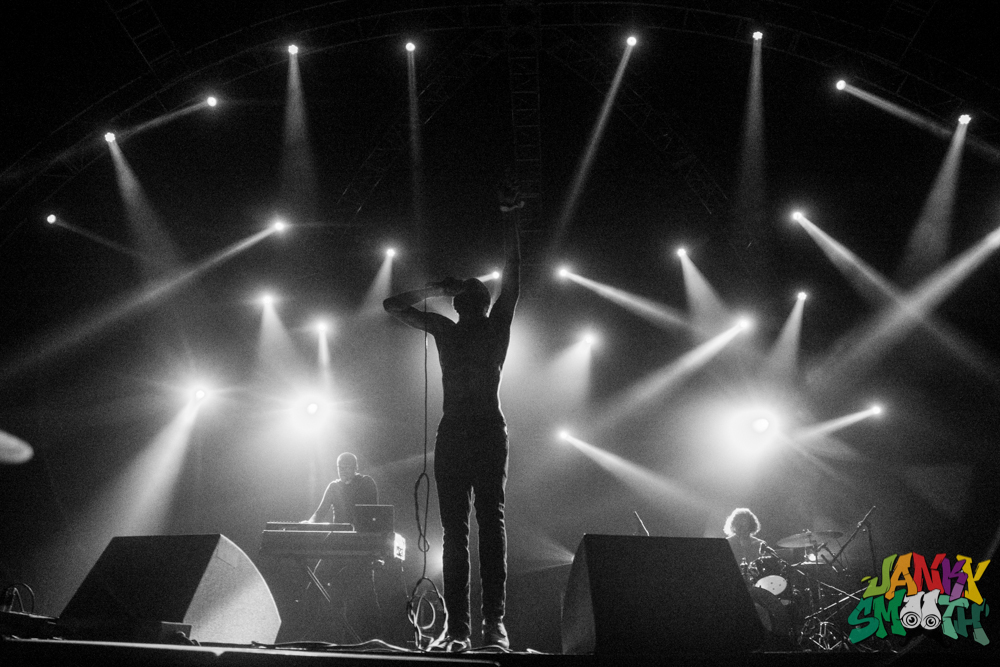 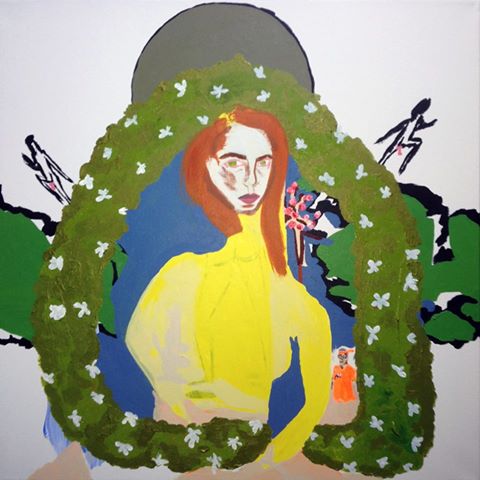 We here at Janky Smooth love the Sacramento born experimental hip-hop outfit Death Grips. We love that they announced their break up on a coffee diner napkin back in 2014. We also love that they announce an extensive world tour just a few months after that stunt. We just love that they don’t really give a fuck, and they don’t have to write a song to tell us all about how very little fucks they give, they show us. They do everything a band should not do and yet they have one of the most loyal fan-bases in arguably the most obscure genre right now. They play to this role very well, not just with their music but with their attitude towards the big machine us simple minded individuals know as the music industry. Their latest puzzle – The I.L.Y.’s –is a Death Grips side project consisting of Death Grips’ very own Zach Hill on vocals, Andy Morin on production, and Tera Melos’ Nick Reinhardt on guitar. ‘Scum With Boundaries’, The I.L.Y.’s second album, was released via a post on Death Grips’ Facebook page. They kindly warned us of the release 2 hours before they dropped us this heavy hitter on their Facebook time-line as well.

“We’ll probably put it out in an hour or so” Typical DG. 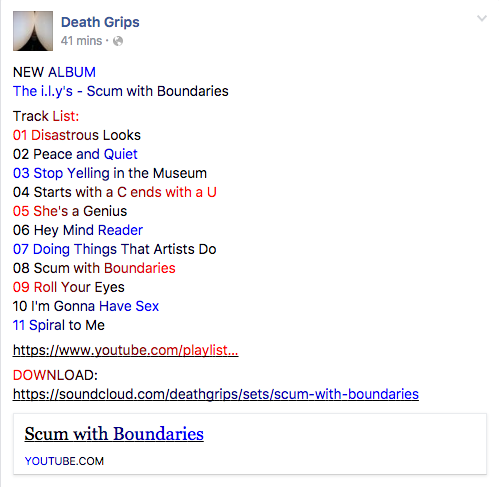 The 11 track, 40 minute album dropped out of nowhere,  just like their last. I think that we are probably going to see a few more later this year, or not. They might just break up and announce an intergalactic tour a few months after, you never really know with Death Grips.