Tear Down the Wall is something else. That’s not an empty idiom. The San Francisco mind-ravaging outfit CCR Headcleaner gives us its strangest trip yet, and in today’s saturation of garage racket, it’s not easy to make such a conspicuous deviation. In only 8 tracks, the hardcore psych noise of Tear Down the Wall is heavy enough to leave you with a biting LSD hangover, but still terse enough to be hungry for more. Taking more hits is a given. 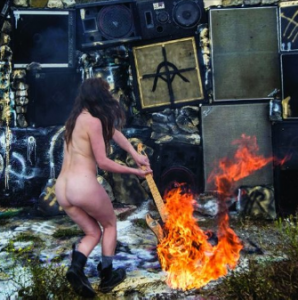 Tear Down the Wall is out via In The Red Records June 17th, though I figured at first it was something coming out of the Sacred Bones camp, which would’ve been just as well, as CCR has toured with Fuzz, Human Eye, and Destruction Unit alike. I was reminded a bit of Metz, just more unhinged (if you can buy it), or the heady savagery of the Butthole Surfers, just more revved up on the thrash.

All the songs are inhabited by ominous melodies and minor vocals that could score a Jim Jarmusch film set in decrepit Detroit. Though chaos is the name of the game, the songs are nonetheless stitched together with keen methodology; short bursts of crunchy insanity, and long, winding trips of distorted oscillations. “I’m Alive,” for instance, clocks in at 1:51, barely with any structure, no chorus, before unraveling completely within the first minute. On the other hand, the 7:06 mindbender that is the title track “Tear Down the Wall,” is an incessant, throbbing anthem of some no-nation, a naked meditation that follows the same illusive, open-ended structure. “No one’s coming to save you/ It’s beautiful outside/ Catch your own ride” and the alternation of these three lines are the only semblance of a verse—before “tear down the wall” is cried out. 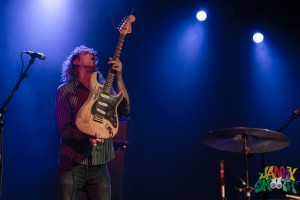 Though the run of the album holds an air of droning apocalypse (i.e. insight, vision, hallucination), its more or less lucid declaration is felt as strongly as its utter surrender.

The first track “Peace” cuts in sans intro or warning. Strumming and drumming sync in trance-inducing pulses, slowing it down with the words, “I am not made of flesh/ and I am not made of blood/ and you cannot destroy me,” before it picks back up through that wormhole fuzz. It’s some serious hyperspatial travel. I recommend headphones. This is what separates CCR’s thrash from the rest—its psychonautic tendencies.

“Moonsnow” showcases some really interesting albeit eerie string work. A cello creeps in under the acoustic guitar, accompanied by the frenetic scratching of a violin. Eventually the familiar, amplified distortion kicks in, with the song carrying a commiserating tone that again seems to turn into something more declarative, optimistic even. It offers some sweet, tuneful sanity before veering into black psychedelia, and then just as easily boomeranging back again. 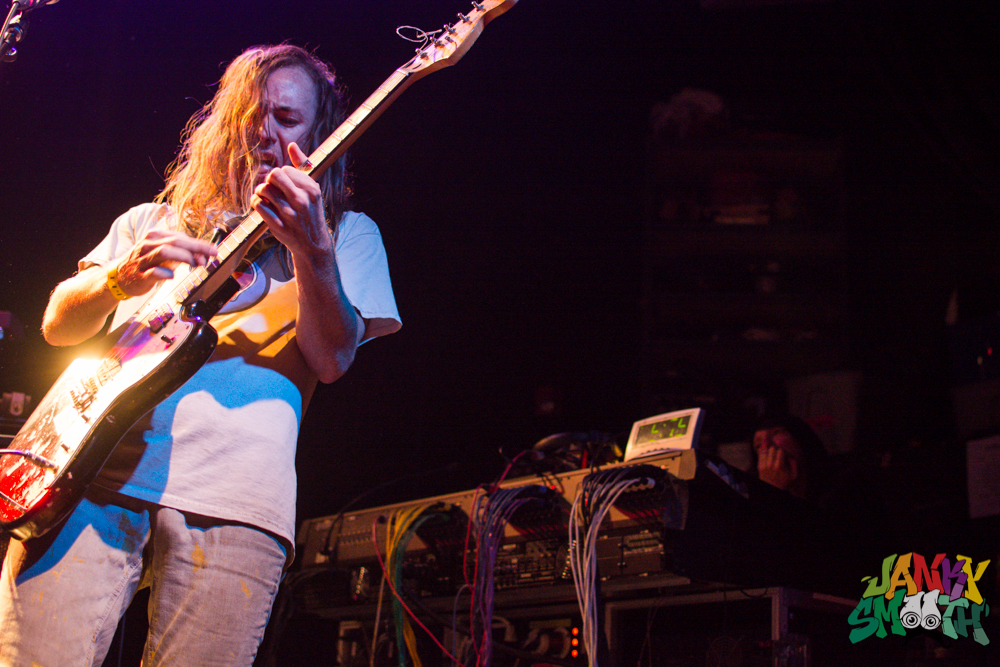 The ancient surf jangle that seems to breech the surface like a shark fin throughout the album is most pronounced in “Dream Sweeper.” It’s a song that immediately puts you in a tuned-down Tarantino reverie; like The Centurians’ “Bullwinkle Part II” intersected with ruminating feedback. Like most of the songs, it carries itself nicely before any vocals are introduced (well over the two-minute mark). In fact, vocals seem to take a backseat in general, giving the album’s sound precedence over something as flimsy as language.

The album’s single “Eat This Riff” offers something grounded with its chunky opening licks, coupled with that jangly surf sound again. The song locks itself in a nice repetitive cycle rather than busting at the seams like the others. The vocals aren’t as benign as the 2014 single “Cokesmoker,” there’s much more abandoned, Mark Arm-style scream-crooning. 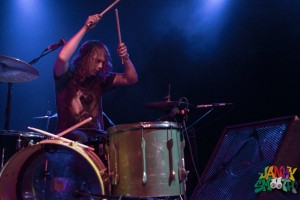 “Brown Acid” (personal fav) immediately beckons us back to the brown acid wave at Woodstock in ’69, when DJ Wavy Gravy made stage announcements advising against taking it because it was causing so many freakouts (mainly due to its unanticipated purity). The song is brilliantly siphoned through hallucinogenic vocals “I aaalready tooook the brown aaacid/ I aaalready tooook the brown aaacid…” (think Flea’s bathroom scene in Fear and Loathing), with enough guitar reverb to make you see pink elephants. The last strummed notes capture a warm sanguinity, a silver lining before you plunge back into the freak’d out void, reminding you one more time, “No one’s coming to save you/ It’s beautiful outside/ Catch your own ride”—and then abruptly cutting out.