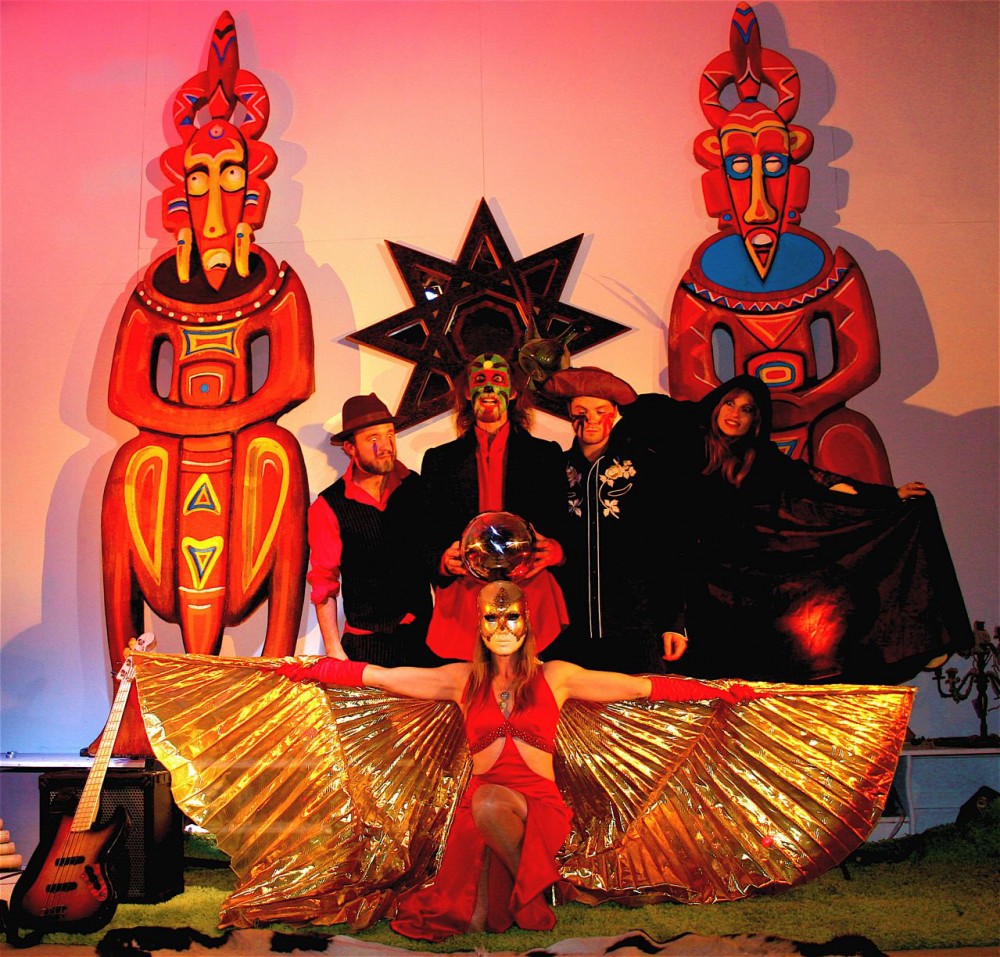 Today’s musical landscape lacks heroes. No artist seems to be able to stick to the summit of success and often when they do, they’re not even that great. Fans seem to rather see old megastars than new, low key talent. There are plenty of reasons for this.  The same trend seems to be happening in other forms of entertainment, but the upside is that fresh talent is hatching under every rock you look. The Crazy World of Arthur Brown is old low key talent that inspired megastars and that’s why I HAD to go see him kick off his tour at The Regent Theater.

For the sake of curiosity, let’s book an imaginary Desert Trip 2036. Using the talent from last year’s festival a model for the slots we have to fill, I’ll begin by making the case that in 20 years Radiohead will have the same prog-god status as Roger Waters. That’s the easiest comparison to make. If I need to book two troubadours, one to take Neil Young’s slot and another for Bob Dylan’s, I might have to go with Ed Sheeran and Bon Iver….

Did reading that make you feel as sick as I felt writing it? Fuck this game. Psycho Las Vegas 2036 will be better, anyway.

I try to absorb as much inspiration as I can. I feel like I should know my heroes but also their heroes. That’s why I wanted to see the Crazy World of Arthur Brown. A psych-shock rocker from the UK who inspired Jimi Hendrix and Alice Cooper and Iron Maiden’s, Bruce Dickinson

At 73, Arthur Brown played Psycho Las Vegas 2016 and was such a smash-hit that he decided to embark on his first U.S. tour in decades. 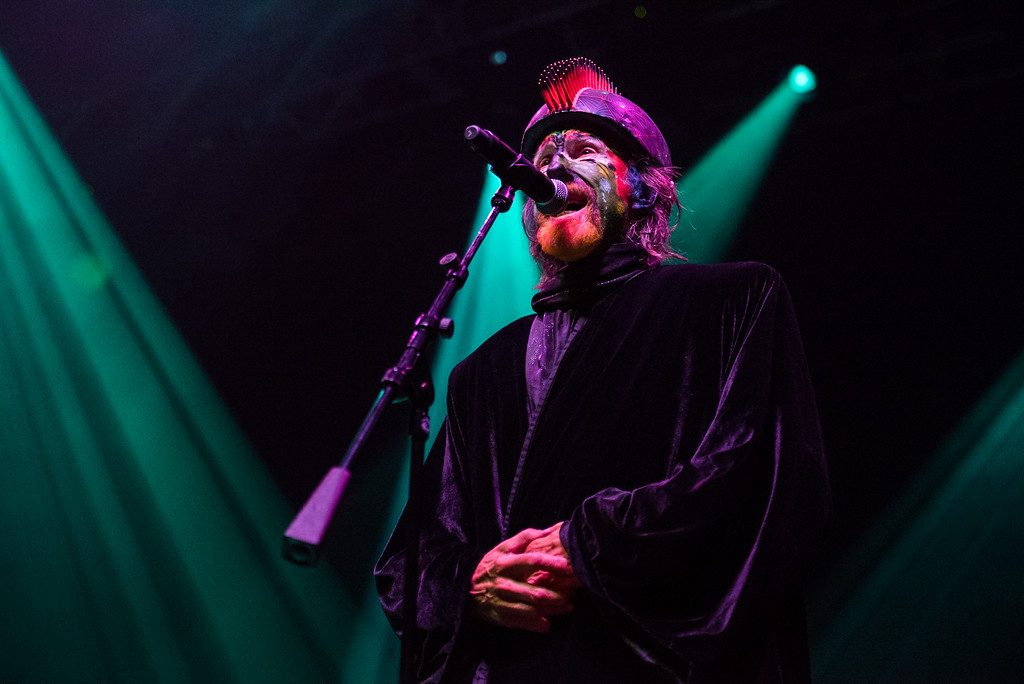 Before the concert, drinking in an alley with an old man in his 80’s, I asked him if culture had drastically changed since the 90’s and he told me the arts weren’t romantic any more.

At the show with my girl, I was hoping Arthur Brown and his cray world would show us how they used to shock and woo audiences back in his day. Young and old, you could tell by their smiles that everyone in the Regent Theater that night had an extensive drug history. 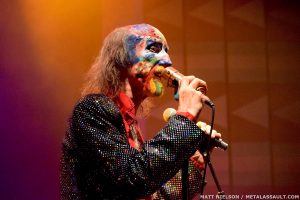 The Crazy World of Arthur Brown was so fucking good that it was worth enduring any sort of torture from the opening bands. Dressed in absurdist druggy, dreamy Aquarian drag, the band took the stage to introduce Arthur Brown with psychedelic lounge music befitting of the hashish-hookah smoking caterpillar in Alice in Wonderland. Arthur Brown got on stage wearing cloak, helmet, and face-paint and approached the mic to speak.

“You’ve got to hold the vision in your heart, let the vision come, to where we all start, before the bend, before conditions begin, in the formless depths of zim zam zim!”

Prelude/Nightmare began the concert with a classical intro that feels like Vesti La Giubba from the opera Pagliacci, the tragic story of a clown that commits suicide after finding out his wife is cheating on him. The song then dives right into the loungey, organ filled vibe that one immediately associates with the origins of the psychedelic scene in the 60’s. I’m talking about Austin Powers acid flashbacks and Lava Lamps.

I jived and swiveled through the whole mind expanding experience as the Crazy World of Arthur Brown put on a musical theater production in my mind’s eye.

Arthur Brown hadn’t slowed a second at 74, changing into new costumes, making theatrical gestures with his body and voice that can be either delightful or monstrous and still singing with youthful clarity and energy. My favorite moments were his cover of Screamin’ Jay Hawkins’ “I Put a Spell on You” and his version of a song popularized by Alice Cooper, “Muscle of Love.”

Another highlight was when he played the song that made him famous, “Fire”, which begins with Brown introducing himself with the title we all know him as:

Arthur Brown and this song were popularized by radio after Jimi Hendrix demanded black stations play it.

The band finished their set with “Junkyard King” and took a quick break before returning for an encore with Jungle Fever.

I came away with having experienced an authentic slice of the past rather than the past packaged for millennial tastes. So, not sure how much lonver the 60’s will be back in style but whether in this fashion cycle or the next, as an artist, if I have to give the people a throwback, I can close my eyes and remember that one Crazy World of Arthur Brown show to give an inkling of what it was really like, even though I was never there in this body.